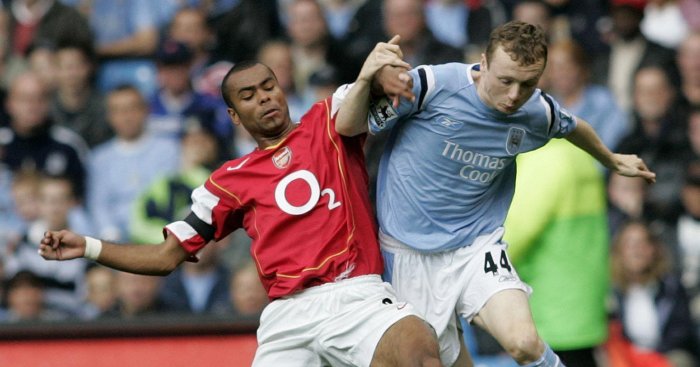 Oliver Burke is building a substantial lead here. Newcastle might be the perfect team against which to end his Premier League wait.

Jonathan Leko – 14 games
There was a brief period in May 2016 during which Daniel Storey grew singularly obsessed with the progress of Jonathan Leko, to the extent he was more invested in him succeeding at West Brom than actual Hawthorns manager Tony Pulis. It was a contrived attempt to force social media engagement before he refined his Twitter game into the omnipotent force it is now.

A first Premier League assist for Jonathan Leko. His Perfect Moment, which was also No. 1 on the day he was born. #McCutcheonAtStraws

Leko must have appreciated the support. The winger broke into the West Brom first team at 17, handed five appearances towards the end of a 2015/16 season that saw the Baggies fail to win their last nine games. He was thrown on as a substitute twice before starting three times, even providing an assist to Salomon Rondon in a 1-1 draw with Liverpool.

That would prove to be the last Premier League start of his career thus far. Pulis soon realised that Leko was a young, slight winger as opposed to a grizzled, burly veteran he could convert into a centre-half and so the 2016/17 season brought 110 minutes across nine substitute matches.

Things have undoubtedly improved since: Leko has spent time out on loan in the Championship with Bristol City and Charlton, lost his last six games for Birmingham and been harshly discarded by Storey as his rampant search for The Next Big Thing continues unabated.

Willo Flood – 14 games
“He has got the vital ingredient for someone his size and that is a big heart,” said Kevin Keegan of the “ferocious” Willo Flood after the 19-year-old capped his full Premier League debut with a goal in a 1-1 draw against Norwich. The midfielder’s reward for stepping up amid an injury crisis was substantial: a start in the following week’s Manchester derby, over an hour against Blackburn six days after that, and then a three-year contract extension to reflect his new-found importance.

But Flood soon dried up. His only other Premier League start in the 2004/05 season came against Bolton in March; he was substituted at half-time. Nine appearances that campaign brought four draws and five defeats, each by a single goal. His stock had plummeted far enough for a loan spell at Coventry in 2005/06 and while Flood returned to Eastlands soon after, even starting against champions Chelsea in a March 2006 2-0 loss, the initial buzz had long evaporated. A rare case of Willo Flood not using his heid indeed.

Emanuel Villa – 16 games
Some Premier League players stretch their dire runs of form over a couple of seasons. Not Emanuel Villa, who packed the entirety of his record-breaking sequence into half a campaign after joining doomed Derby in January 2008. His agent has a lot to answer for.

The striker tried his utmost to make a success of the only club spell of his career spent outside Argentina or Mexico. Villa scored his first goal in early February to secure a stoppage-time stalemate against Birmingham, before strikes two and three in a home draw with Fulham. It was a bittersweet man-of-the-match performance as Derby were consigned to the Championship that same day.

“To be perfectly honest, I couldn’t quite enjoy football in England,” he later said to the surprise of absolutely no-one who realises all but one of his 16 Premier League appearances came alongside Robbie Savage.

Marvin Sordell – 17 games
Bolton have won 149 Premier League games and Burnley have won 70. Marvin Sordell played for both yet won none with the help of Owen Coyle and Sean Dyche.

The young striker cut his top-flight teeth as a second-half substitute for David N’Gog in his first two matches. Most would expect the only way from there is up yet Sordell retired with more Premier League yellow cards (2) than shots on target (1).

In his defence, the 29-year-old only started twice: in a 0-0 draw with Sunderland in September 2014 and a 3-0 defeat to Arsenal the following November. His 319 Premier League minutes were spread across 17 games, or an average of 18.7 minutes per appearance for two relegated teams. That explains plenty.

Oliver Burke – 25 games
“He’s gone over to Germany and I can’t understand that, to be honest with you. The Premier League is the place to be. I thought that was the next step for him. He’s gone to Leipzig, but what about a Burnley or a Sunderland or a West Brom?”

John Hartson got his wish, albeit a little later than planned. Oliver Burke was brave to leave Nottingham Forest for Leipzig in summer 2016 but ultimately grew frustrated enough that he sought pastures old. West Brom made him their club-record signing in August 2017 yet he still played about twice as much in Germany as he ever did at The Hawthorns.

It took time in the Championship and on loan at Celtic and Alaves for Burke to find his way back. Chris Wilder saw something in the forward – much to the presumed fury of Jurgen Klopp – but nine of his Premier League games for Sheffield United have ended in defeat. Danny Welbeck scored an 87th-minute equaliser in the other match, making that about as close as anyone has ever come to disliking him.