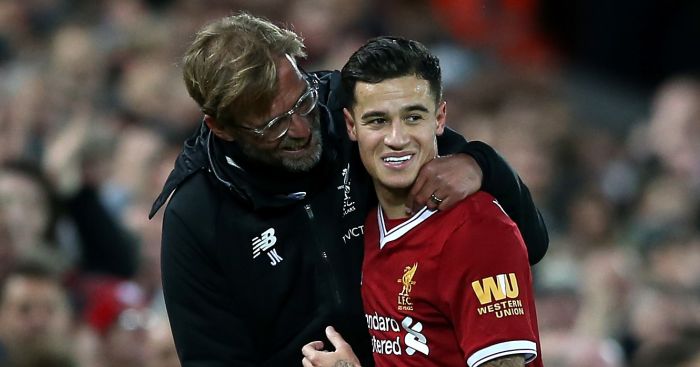 Robbie Fowler was one of a number of former Liverpool players who was quick to play down Timo Werner’s talents after the German forward had snubbed their former club and decided on a move to Chelsea. And yet everyone seemed so keen on him when he was destined to move to Anfield – funny how that works. And we look forward to Liverpool greats saying the same about these players, but they’ll be wrong, just like they were with Werner. Here are five players linked with a move to Liverpool that would improve them…

“I’ve heard the noise ­surrounding Timo Werner in recent weeks – but I’m not a big fan. I realise he’s a talented player, he has moments of real brilliance in matches that underline his quality. But I stand by this: is Werner up to the standard of Liverpool’s current front three? Not for me.”

And he’s right, Werner is not the same “standard” as Liverpool’s current front three, but clubs don’t only buy players to immediately improve their team; Jurgen Klopp was looking to the future, to a time two or three seasons down the line, when Mo Salah, Roberto Firmino and Sadio Mane are all over 30. What’s the other option? Wait until then and fork out £300million for immediate replacements? He wanted to bed Werner into the squad, to integrate him slowly into the team.

Who’s to say he wouldn’t have hit the ground running anyway? It’s got to the point of sacrilege to suggest that Liverpool might be better off with a genuine goalscorer in Firmino’s position, but an extra ten goals a season could never hurt. And does there ever come a point when an underrated player is talked about so much they start to become overrated? I can already feel myself paying for this one…

Anyway, Kylian Mbappe is one player that would improve Liverpool now, though some fans may quibble and say they’d rather have Mane or Salah as it’s sometimes difficult to see that the grass can be greener. And while rumours of a Mane plus £200million swap deal for Mbappe are patently a load of hokum, the 21-year-old won’t be at Paris Saint-Germain forever. He’ll realise sooner or later what a vacuous existence that is and fancy a move to a genuine European giant.

And why shouldn’t that be Liverpool? (Apart from the obvious answers about money and sh*t.).

Kai Havertz
Like with Werner, the Reds have reportedly had their eye on Kai Havertz for eons, but it looks like Frank Lampard has persuaded him to move to Stamford Bridge. Copying Liverpool is not a bad tactic – Michael Edwards and Klopp have had remarkable success in their transfer dealings at Anfield – so follow them and you won’t go too far wrong. Maybe they should feign interest in Christian Benteke and see if the Blues take the bait?

We’ve already established that Havertz and Chelsea are a perfect match, but he’d also fit in very nicely at Anfield as they lack goals from midfield. Between them, Alex Oxlade-Chamberlain-Chamberlain, Naby Keita, Jordan Henderson, Georginio Wijnadum, Fabinho and James Milner have scored 13 goals; Havertz has 12.

Havertz is an example of a modern German attacking midfielder:
– inside play, between lines movement
– finding space in behind
– decision-making
– pace in offensive transitions
– ability to identify finishing corridors@kaihavertz29 @bayer04_en pic.twitter.com/RdFQWcXv1h

You could look at the table and the number of Liverpool goals scored and claim this is nitpicking, and to an extent you would be right. But sport is about marginal gains, tiny improvements here and there that could, for example, mean one of a number of chances missed by midfielders in a Champions League tie against Atletico Madrid could instead be tucked away.

There were signs that Keita could be the man to provide something different from midfield in Liverpool’s draw at Everton, as was pointed out in 16 Conclusions. But it feels like we have seen those signs for a very long time now, and it’s past the point when we need to see results from the frustratingly talented playmaker. Klopp may just be growing tired of waiting.

Liverpool have reportedly offered £54million to Napoli for Koulibaly, with the Serie A club holding out for £90million. Manchester United and PSG are also said to be interested, as they always are. What is without doubt is that the centre-back will be leaving this summer; Napoli need the money and Koulibaly has had his eye on pastures new for over a year now.

This will again be a hard sell to Liverpool fans – they have conceded just 21 goals in the Premier League this season and Joe Gomez has had a very good year in which he’s added maturity to his raw ability. But such is the brilliance of Van Dijk and Alisson that it’s very difficult to judge just how good the other centre-back in Liverpool’s side actually is.

Joel Matip, and even Dejan Lovren, look like decent players alongside Van Dijk, both of whom were widely castigated before the Dutchman’s arrival. Klopp never rests Van Dijk in the Premier League, presumably because he knows he can’t afford to; any pairing of his other centre-backs offers hope for opposition strikers that is simply nonexistent when his man mountain is in the team.

Sign Koulibaly and that problem goes away. The Senegal international has the same intimidating presence, that same air of fly-swatting authority. And those that question Koulibaly’s form this season would be wise to remember how s**t Van Dijk was when he’d downed tools ahead of his move from Southampton.

Jadon Sancho
Mohamed Salah is a selfish footballer. Sadio Mane knows it, and we all see it frequently. Most of the time it doesn’t matter; more often than not, when Salah should pass the ball, he scores anyway. But the point is that if he did pass the ball, they would definitely score.

Jadon Sancho isn’t like that. This season he has 17 goals and 17 assists in the Bundesliga. He always has his head up and appears to take as much joy from providing as scoring, whereas whenever Salah provides for a teammate, you can be sure the next time he will take the shot on himself, like he’s building up good teammate points that can be cashed in later for attempts from impossible angles.

It’s unlikely Manchester United would allow Sancho to join Liverpool. Like with Havertz and Chelsea, Sancho would be ideal for United – they are in desperate need of a right-winger. But that should spell danger for Liverpool. As with Chelsea, United look to be compiling a young, attacking team that has a long-term future, one that will look pretty bleak for Liverpool if they continue to miss out on the best young talent in Europe.

Philippe Coutinho
Re-signing Philippe Coutinho would not be admitting to a mistake. The truth is that Liverpool would not have won anything if they had not sold Coutinho to Barcelona. The £130million made through his sale helped fund moves for Van Dijk and Alisson, players critical to their success.

But that also doesn’t mean they’ve been better off without him. The 0-0 draw against Everton was the perfect example of a game where Coutinho would have made a difference. How many times did the Brazilian make something out of nothing before he left Anfield? Collecting the ball up on the edge of the area before curling it into the corner, or picking a pass through a packed defence very few players would see, let alone execute.

Not having him has seemed like less of a problem than losing Eden Hazard has been for Chelsea, for example, because the improvements that were made possible because of his departure have had more of a positive effect than him remaining at the club would have done. But just like Chelsea, Liverpool have missed a genuine game-changer who doesn’t need his team to be playing well to come up with something extraordinary to win a game.