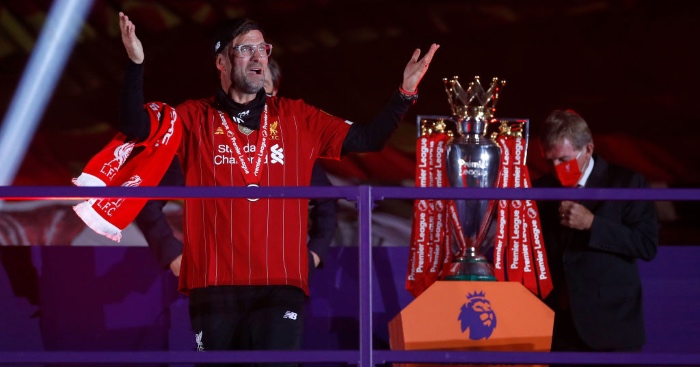 Jurgen Klopp is class isn’t he? Look at the way he makes the journalists titter in press conferences and has a beer on a team bus. That’s class, that is. He sent a message to Adebayo Akinfenwa? He’s top class, top of the class, such a classy guy. What’s that? Jose Mourinho saved a puppy from a burning building and Chris Wilder spends his summers building hospitals in Ethiopia? Who cares, Klopp is class.

Perhaps more annoying than the social media hubbub that follows literally anything slightly decent Klopp does or says, is the fact that it is nigh-on impossible to find a fault in him. It’s a human reaction to find something not to like about someone, it makes us feel better about being a bit of a d***head now and then. That’s irritatingly difficult with Klopp; he is clearly just a wonderful human being you would love to shoot the s**t in the pub with. Shame that can’t always be said about the club he represents this season. Here are five times Liverpool did not exhibit the same class as their manager…

Furlough fumble
Tottenham decided to take the government up on their furlough scheme, everyone went mental, then Liverpool bizarrely followed suit. A month before, Liverpool announced they had made a pre-tax profit of £42m and increased turnover to £533m. It was not a good look, and was rightly criticised by Jamie Carragher who claimed all the respect and goodwill coming off the back of Klopp’s compassion (class) at the start of the pandemic, had been lost in one very foul swoop.

“The club call their staff their family – I’m not feeling like a family member. Why is a club that turns over [millions of pounds] using a government scheme for its staff, when other businesses are more in need of it? I feel disappointed and I’m feeling that this government scheme could be used by businesses in trouble.”

Ouch. They did reverse the decision, but while people make mistakes, it’s often the thought that counts; they clearly weren’t thinking.

FA Cup d*ck move
Klopp isn’t always classy. In fact Jim Halpert might describe his decision not to take charge of Liverpool’s FA Cup fourth round replay against Shrewbury as “declasse”, or – more simply – as a d*ck move. It was a damning indictment of a competition kept afloat by falsified magic, a decision Klopp justified through a childish insistence that they were merely following the rules.

“The Premier League asked us to respect the winter break. That’s what we do,” said Klopp. “If the FA doesn’t respect that, then we cannot change it. We will not be there.”

Not only did he and his players not show up, but his announcement meant the game wasn’t televised, which Shrewsbury chairman, Brian Caldwell, wasn’t happy about…

Champion arrogance
Frank Lampard was seen with a puffed-out chest gesticulating towards Jurgen Klopp on the touchline on Wednesday – he wasn’t happy with a free-kick that was awarded. Lampard told Liverpool assistant Pep Lijnders it “wasn’t a f****** foul, I’m not asking you”, before responding to Klopp’s calm down gesture – the classic method to in fact rile a person further – by telling him he could “f*** off and all”.

Frank the wordsmith Lampard clarified the argument after the game, saying: “I’ve got no problem with Jurgen Klopp, he has managed this team and it is fantastic. Some of the bench, it is a fine line between when you are winning and they have won the league, fair play to Liverpool Football Club but also don’t get too arrogant with it.”

Now, we don’t know, but we assume when Lampard turned to the bench Pep Lijnders was blowing raspberries, Peter Krawietz was holding his index finger and thumb in an L-shape next to his forehead and John Achterberg – that arrogant swine of a goalkeeping coach – had his bottom lip protruding and was wiping fake tears away from eyes. Come on guys, you’re better than that.

F*cking w*nkers
Talking of arrogance, is there a more self-serving footballer in the history of the Premier League than James Milner? It’s all me, me, me with him, isn’t it? For f***’s sake pick a position James, don’t just play wherever takes your fancy. And imagine turning up at Anfield to give a team talk to the youngest team in Liverpool history before an FA Cup tie, then sitting in the stands. Jeeez, that guy will do anything for some column inches.

Manchester United have got a rich history, based on passion, success, respect and loyalty. They’re absolutely are not “f*cking w*nkers”, thank you very much.

Party pyrotechnics
That was quite the display of pyrotechnics, both in The Kop after the final whistle and indeed outside the stadium midway through the second half against Chelsea. Apart from the impromptu amateur fireworks being faintly annoying and distracting in the middle of a very entertaining game of football, and the clear breach of coronavirus protocols that happened with the fans congregating outside, the use of explosives to celebrate a first title in 30 years is absolutely fine.

But, when you consider the display is thought to have cost around £40,000, the neglect of the Liverpool women’s team needs to be considered. And if you’re rolling your eyes right now, stop.

The side that won back-to-back WSL titles in 2013 and 2014 were relegated this season, claiming six points from 14 games. Their players are paid less than half that of Manchester City’s, who claimed the most points in the division and also significantly less than Chelsea, the title winners on a points-per-game basis.

You’re allowed to celebrate a title, but isn’t This Means More about a sense of unity for everyone at Liverpool football club? The women, who haven’t played for months and face next season in a lower tier, might feel the togetherness doesn’t quite extend to them.