Home F365 Features Five WSL transfers we should expect to see this summer, including West Ham captain to Liverpool 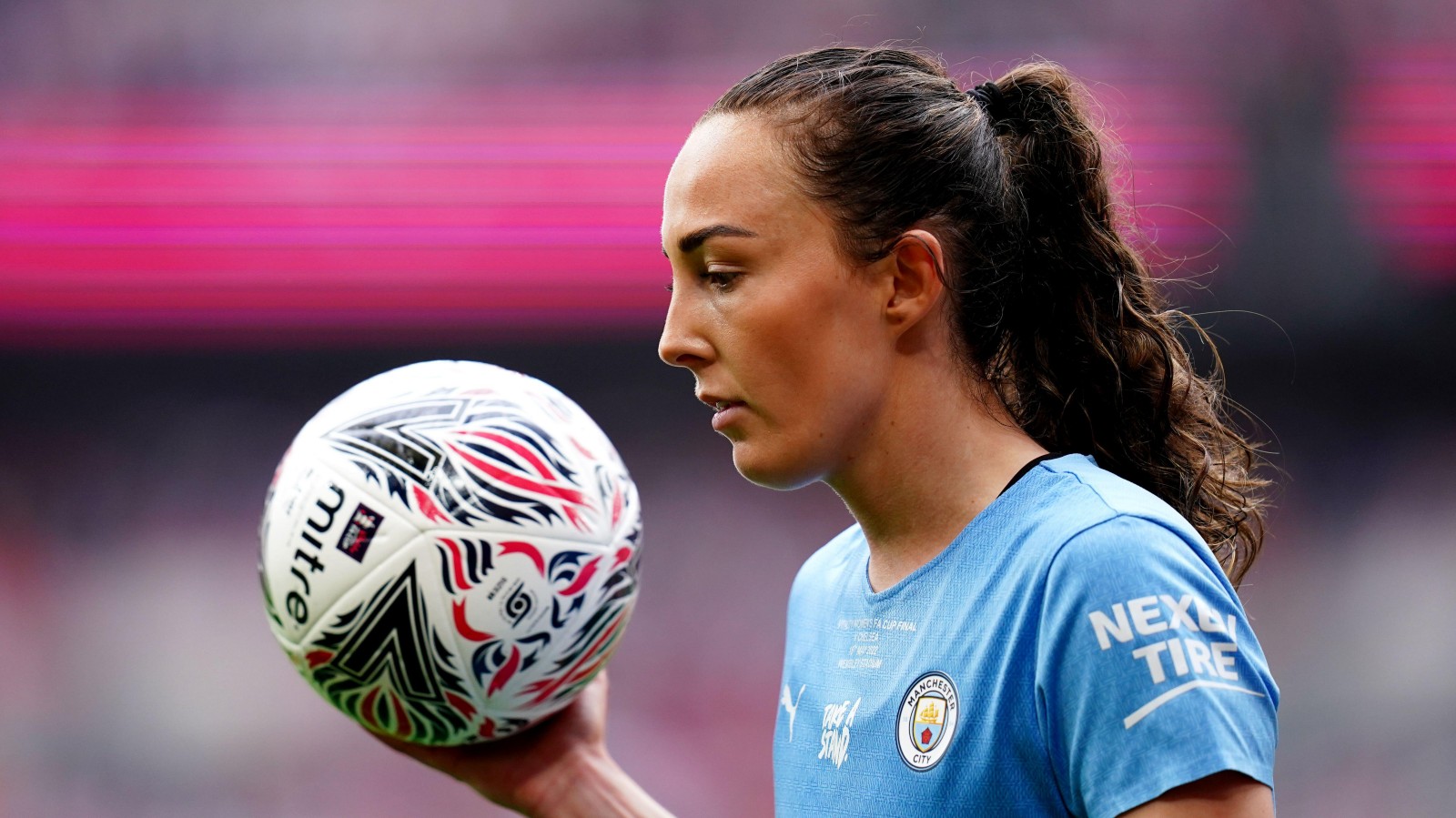 The curtain may have come down on the 2021/22 WSL season, but between Euro 2022 and the transfer window, the summer is going to be far from quiet.

The WSL transfer window opens on June 17, with a selection of superstars, stalwarts and youngsters set to be on the move.

Here are five moves that could unfold over the summer.

The midfielder’s City exit was confirmed at the end of May, bringing an end to her four-year stay in Manchester. Reports in the UK and Spain have linked Weir with a move to Real Madrid – a team still in their relative infancy within the women’s game.

Real were only officially branded as Real Madrid in 2020, but it is a club Weir has long had an affinity with.

“I always dreamed of being a professional footballer,” Weir told The Players Podcast in April 2021. “And I’m not quite sure exactly where that came from because that wasn’t really a thing when I was growing up – professional female footballers. I think I probably just thought that I was gonna play with the guys and I would play for Real Madrid one day with all my favourite players.”

It has been an honour to represent @mancity for four great years.

Thank you to my team-mates, staff and most importantly the incredible fans for your support over the years.

I will always have a special place in my heart for this club and will be supporting you all from afar. pic.twitter.com/6axXRLQoZH

Lieke Martens to PSG
One of European football’s biggest names could be on the move this summer, with 2017 Best Fifa Player of the Year Lieke Martens’ Barcelona contract poised to expire at the end of June.

In February, Martens had hinted at being open to extending her stay in Catalonia beyond the conclusion of her current deal. “I just want to continue being part of this journey,” the winger told Forbes. “I can’t say much about anything yet. I am happy here, I love the club. I have had a really great time so far. Yes, of course, there’s also a chance to stay, you have to be a little more patient!”

However, Barcelona announced a flurry of contract extensions in March, with Marta Torrejon, Mapi Leon and Asisat Oshoala all signing new two-year deals; Martens was not among them. French news outlet Le Parisien have reported that a deal has been reached for Martens to move to PSG, who are also poised for a summer of turnover with Sara Däbritz, Léa Khelifi and Marie-Antoinette Katoto all out of contract.

Anna Patten to Aston Villa
Arsenal defender Anna Patten enjoyed an impressive loan spell at Aston Villa during the second half of the 2021/22 season, not missing a minute for the Villans before her campaign was curtailed through illness.

Villa will be down a centre-back next season following Anita Asante’s retirement, and Patten formed a strong defensive partnership with the former England international during her short spell in the Midlands.

The Telegraph report that Villa are close to finalising a season-long loan deal, and Villa boss Carla Ward admitted in her final press conference of the season that she was hopeful of bringing the defender back to the club.

“I’d like to think so,” Ward said when asked if there was a chance of Patten returning to Villa. “We want top players here next season. Did the loan work? Absolutely. It’s conversations that we’ll continue to have with Arsenal and hopefully we can get something sorted.”

Jill Scott to Aston Villa
Manchester City announced in May that Jill Scott will depart the club following the conclusion of her contract in June, bringing an end to the midfielder’s nine-year stay at the Academy Stadium.

Like Patten, Scott spent the second half of the 2021/22 season on loan at Aston Villa, and could make the switch permanent in the summer.

BBC Sport have reported that Aston Villa could face competition from Tottenham for the signature of Scott, with Spurs having previously shown an interest in the England international in January.

“The impact she’s made at Villa has been great,” Ward said in May when asked about the possibility of bringing Scott back to the club. “Whether we can make it work for a number of reasons we’ll wait and see, but 100% we’d like to bring Jill back next season. I think she’s been great for the players, great for me, someone that I’ve also learnt from and absolutely if we had the opportunity to bring her back we would.”

Gilly Flaherty to Liverpool
A matter of hours after the curtain came down on the 2021/22 WSL season, West Ham announced that manager Olli Harder was stepping down and being replaced by Paul Konchesky, and captain Gilly Flaherty would be leaving the club following the expiration of her contract.

Flaherty has been with the Hammers since their maiden season in the WSL, leading a squad built from scratch during their debut top-flight campaign and becoming the first woman to make 100 professional appearances for West Ham.

‘Sometimes in life things don’t work out how you’d imagine them to but I’ll always hold this club in my heart,’ Flaherty wrote on Twitter following the announcement.

BBC Sport have reported that Liverpool are in advanced discussions with the experienced centre-back – a move that would see her reunited with Matt Beard, the manager who brought her to West Ham and gave her the Hammers’ captaincy. The Reds are a centre-back short ahead of their return to the WSL following the departure of New Zealand international Meikayla Moore.