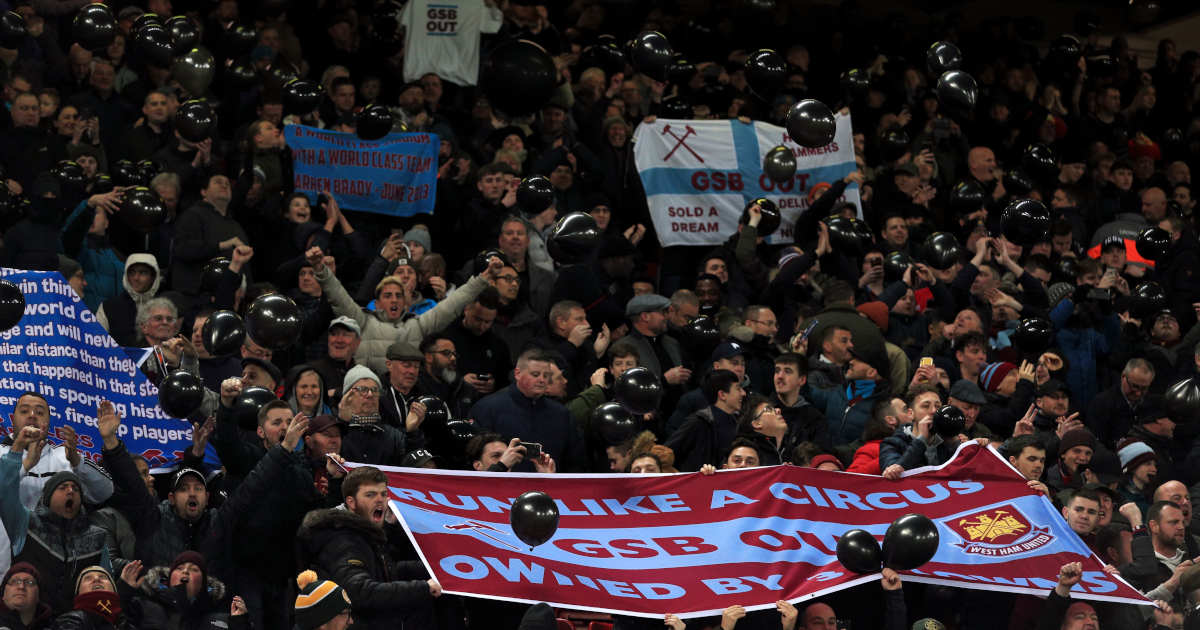 The Crouch Report is already being resisted by the Premier League, but their responses are only proving the need for independent regulation.

It didn’t take long before the wagons started to circle. The Crouch Report into the governance of football in this country – the ‘fan-led review’ which had been going on for more than a year – has only been published for a number of days, but already the Premier League has started its PR campaign in response. It will see the media saturated with appearances from extremely wealthy people who did not buy into football only to have some of the control of the vast amount of money flowing through it taken from their grasping mitts. This, we can be absolutely certain, will be matched by furious lobbying of MPs and government ministers to water down every single recommendation which might cost them any significant amount of money or power.

First to stick his head above the parapets against the Crouch Report was Christian Purslow of Aston Villa, who spoke to talkSPORT about how there definitely isn’t a need for an independent regulator and that everything is just fine. Purslow warned that “the danger here is killing the golden goose” through what he described as “over-regulation” (he didn’t explain how or why), and asking: “So does anyone think there’s a problem there?”.

We can only assume that Mr Purslow doesn’t read anything much about football below the Premier League any more. Perhaps he needs reminding that it’s only been three and a half years since his own club was close to complete financial collapse following Premier League relegation.

Next came Crystal Palace’s Steve Parish. He spoke of “huge, unintended consequences” (again, without deigning to share with the audience what they might be), while warning darkly that, “everybody looks on us, across Europe particularly, somewhat comedically, thinking we are about to create a huge act of self harm”, again without evidence, and with no public comment on the matter having been made by any other clubs across the continent. Parish’s CPFC2010 consortium bought Crystal Palace out of administration – the second time that the club had been declared insolvent – with an offer that returned a reported 1p in the pound to unsecured creditors, a state of affairs which one might describe as a “huge, unintended consequence”.

Meanwhile, Karren Brady of West Ham United had an entire column of her own in The Sun to make her point. She didn’t do a particularly good job of it, asking ‘what on earth this means for the FA, which many of us were led to believe was the authority that already regulated our game’ (it is surprising to find out that she apparently doesn’t know that the FA ceded financial regulation of clubs to the leagues themselves several years ago). Brady also fired out straw man after straw man, such as: ‘Crikey, a Government forcing a commercial business to give away its cash and telling them how much and who to give it to? The last time I looked we did not live in Russia, China or North Korea’.

Brady also suggested that, ‘We should not be forced to damage club finances at the point of an unelected regulator’s pen’, as though there is currently any form of democracy whatsoever in terms of who owns our football clubs and who sits on the executive committees of our governing bodies. Who voted you in at West Ham, Karren? It certainly wasn’t West Ham fans.

Tracey Crouch, according to Brady, has ‘fallen into a do-gooder trap’. It continues to be a surprise that some people consider doing the right thing to be a bad thing.

And then there was the chair of the Premier League, Richard Masters, who spoke to the BBC about it all. Masters was a little more circumspect than the panicking executives listed above, but he also claimed that, “There is lots in the review and the devil is in the detail‘ (he didn’t explain what), that Football League’s request for 25% of all pooled broadcast revenue, an uplift of some £400m, would be “a disaster” (pooling TV revenue was not a ‘disaster’ prior to 1992), and that any transfer levy might “have an impact on the Premier League and Championship’s ability to secure the best talent and put on the best show to keep the virtuous circle going”.

Talk of a ‘virtuous circle’ will be news to anyone who paid any attention to the Project Big Picture and European Super League proposals of the last year or so.

A hint of the extent to which clubs have been shaken up by the report can be seen in the revelation that the Premier League and the EFL have started secret talks to try and reach agreement over the thorny issue of parachute payments. Because nothing says ‘you can entrust us with the wellbeing of the game’ quite like two governing bodies who are given the complete running of the club side of game for three decades, failing to do much to address the vast financial inequalities within the game during that time and then, when told of their failure to do so, start holding clandestine meetings to try and reach any sort of agreement that will help to give that regulation a swerve.

This was, of course, entirely predictable. Those listed above are all extremely wealthy, and get exactly what they want from football in this country exactly the way it is. They also have access to publicise their skewed version of the truth on talkSPORT, The Sun and through interviews with the BBC. And this is only the public face of the fight to water down the proposals or eliminate them altogether. There can be no doubt whatsoever that the behind-the-scenes lobbying will intensify further over the coming weeks and months. In many respects, the reaction to the Crouch Report is demonstrating exactly why the reforms it advises are so necessary in the first place.