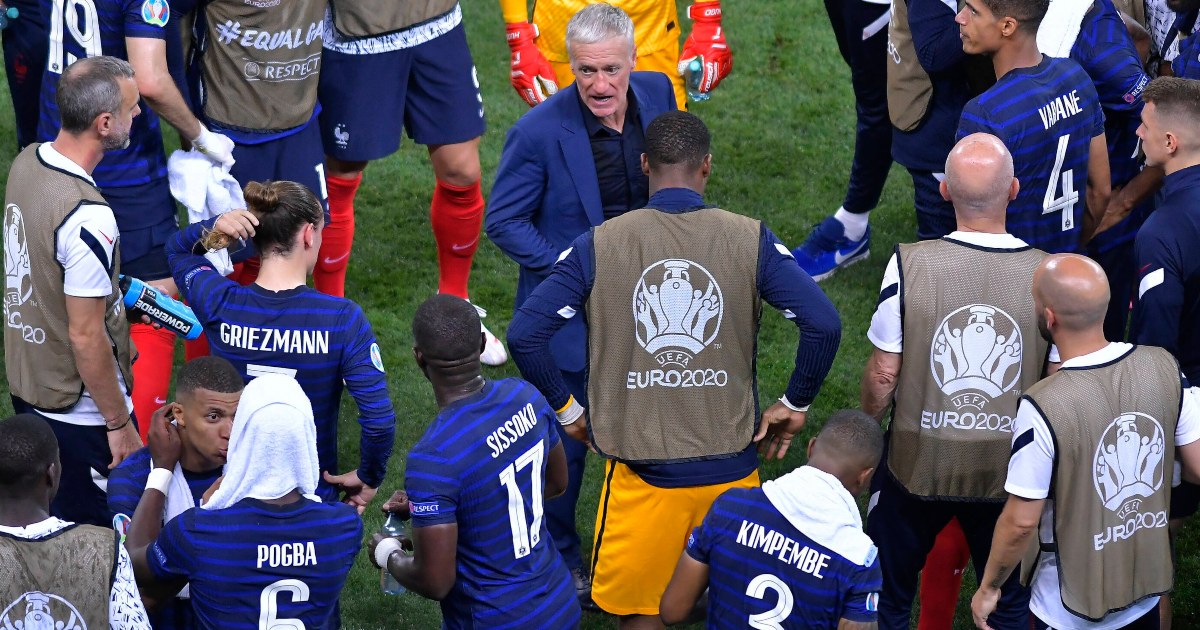 If this was fate’s way of atoning for the last 18 miserable months, you might be tempted to forgive and forget.

The most entertaining matchday in tournament football for 427 years reached a fittingly thrilling finale with the exit of the reigning world champions, the Euro 2020 favourites. France are following holders Portugal home early, with World Cup finalists Croatia and in-form Netherlands also sent packing in the last 24 hours.

It was in Romania where France fell. Didier Deschamps’ side showcased all their traits, positive and negative, through a battle with Switzerland that was taken all the way to penalties.

Kylian Mbappe missed the crucial kick – rather, it was brilliantly saved by Yann Sommer – but the French inquest will inevitably look in multiple directions as it seeks a scapegoat for a miserable underachievement.

Deschamps is the prime candidate. The coach’s selection was one of the primary factors in France’s worst half of football for some considerable time.

Deschamps opted for a back three, bringing in Clement Lenglet for his first minutes of the tournament while using a number of his team-mates in unfamiliar positions. It prompted a first half which led to France deservedly trailing at the break to Haris Seferovic’s 15th-minute header, one he directed having bullied Lenglet to reach Steven Zubar’s cross.

Lenglet was benched at the break when the back three was binned. As he did halfway through the 2016 last-16 tie, when France trailed Republic of Ireland, Deschamps brought on Kingsley Coman and reverted to a more familiar system, one that took them all the way to the final.

The move paid dividends, but not immediately. Initially it seemed that Deschamps’ half-time pep talk had fallen on deaf ears, with further sloppiness seeing Switzerland awarded a penalty for a needlessly rash challenge by Benjamin Pavard.

But Hugo Lloris’ save from Ricardo Rodriguez had the rallying effect Deschamps intended at the break. The captain’s wonderful stop served as a warning to France, one they heeded by becoming the very best version of themselves for 15 glorious minutes.

They only needed four for Karim Benzema to flip the game on its head. His was a brilliant brace: the equaliser a result of his wonderfully improvised first touch; his second a poacher’s finish after Antoine Griezmann led France in dancing through the Swiss defence. But France’s finest goal was yet to come.

Paul Pogba has been one of the players of the tournament so far, prompting the now bi-annual hand-wringing over how terribly he is wasted by Manchester United. That reached a crescendo in the 75th minute when Pogba scored his first France goal since the World Cup final.

And what a goal! From 30 yards, Pogba took out the camera hung in Sommer’s top-right corner. Later, to open France’s shoot-out, he took aim at the one on the opposite side.

But if Les Bleus‘ third goal came courtesy of France’s Pogba, it was United’s Pogba who had a hand in Switzerland’s third. 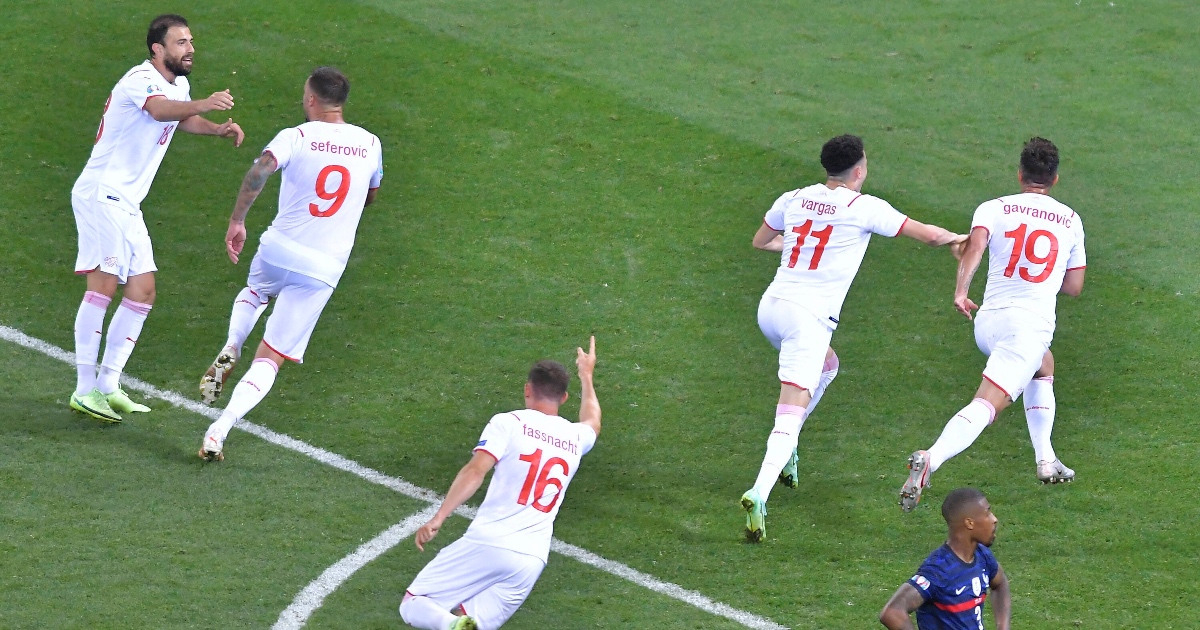 Before that injury-time leveller, Seferovic had planted another header past Lloris to prompt nine minutes of nipping derrieres throughout the France side. Not that Pogba was panicked. Even when he ought to have been.

Because it was he who gave the ball away in midfield to Granit Xhaka, himself unrecognisable from his club form, to slide in Mario Gavranovic. Once Presnal Kimpembe had been sent for tomorrow’s papers, Gavranovic fired in a stunning equaliser for the Swiss.

That, and the subsequent shootout victory, was no more than Switzerland deserved. After some ropey performances through the group stage which prompted an apology from Vladimir Petkovic, his side produced a stirring performance to get their public back onside.

Deschamps will have some explaining of his own to do when he returns with his side to Paris in the coming days. That, though, is his and France’s problem. The rest of us can simply reflect on a glorious, batsh*t-mental day which opened up the tournament up for the teams vying to replace the French as favourites.