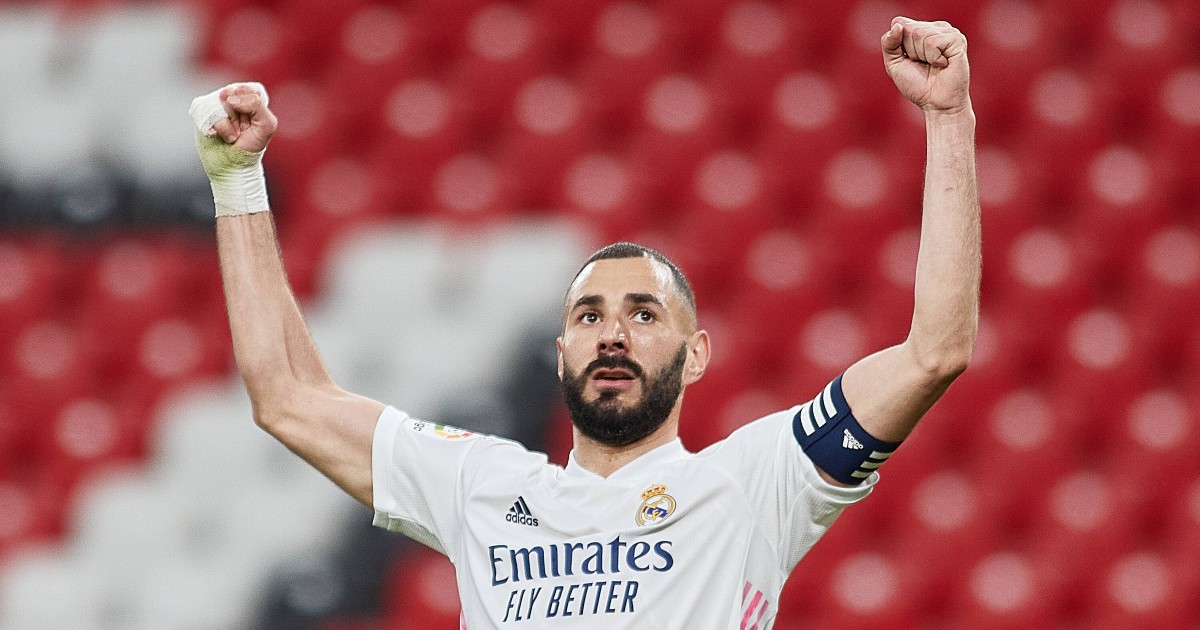 The decision is weird but understandable. The timing is downright bizarre. Karim Benzema is excellent but France have excelled without him.

It was one of the most shocking episodes in modern French football history, and that in itself is no mean feat. Karim Benzema is the best French striker of the last decade but he hasn’t pulled on the shirt of Les Bleus in six years. His exile is over after Didier Deschamps included him in his squad for the European Championships this summer.

An alleged case of blackmail between Benzema and Mathieu Valbuena was the root cause of the scandal which saw the Real Madrid forward banished from the national team’s most successful era since the turn of the century. Deschamps was coach at the time and, once the decision was made over Benzema’s future, the expectation was that he would never play for France again.

The manner of the announcement is perhaps the most surprising aspect: there had been no rumblings in the weeks building up, despite the usual debate and guesswork from the national media before a major tournament. Journalists only began to speculate on the day and a buzz set off until the squad was confirmed.

Talent and form, the two main factors in any selection in a normal situation, simply cannot be questioned when it comes to Benzema. He also suits Deschamps’ style and approach as a physical presence and a focal point adept in linking the play and aiding those around him in front of goal, having made a career of that in Madrid alongside Cristiano Ronaldo. Kylian Mbappe is the star turn for France and although a completely different type of player to Ronaldo, Mbappe will ghost in from wide areas and play centrally, or start in the middle and drift out wide. Benzema’s role could once again be focused more on facilitation and creating space with movement, just as Olivier Giroud’s was at the World Cup, won by France, three years ago in Russia. He was a fixture in the side up front, despite not scoring a goal.

With that said, Benzema has taken on a more important position at club level since Ronaldo left in 2018. Now he is Zinedine Zidane’s chief goal threat and his La Liga numbers reflect that. While his best tally across the last seven seasons is from 2015/16, when he scored 24 goals, he has consistently exceeded 20 since moving out of Ronaldo’s shadow. His leadership skills have vastly improved under the spotlight, too. Ronaldo’s exit led to the club undergoing something of a rebuild under Zidane. He put faith in players like Marco Asensio and Vinicius Junior, who Benzema once reportedly told Ferland Mendy to avoid passing to due to the poor level of his performance. Overall, he has been an example for the youth.

Vinicius attempted to play down a rift between himself and the 33-year-old, but that incident did offer an insight into what could become an interesting dynamic in the French camp this summer. It wasn’t the first time Benzema has made potentially inflammatory comments about a teammate. On Instagram in March last year, when asked about a comparison with Giroud, he claimed: ‘You don’t confuse Formula 1 with go-karting… and I know I’m F1.’

Going on to discuss the French setup, which saw them reach the final at Euro 2016 before winning the World Cup without him, Benzema said:

He then doubled down on his comments, claiming he “simply told the truth”. It was a backhanded compliment in the least subtle sense and points at a potential fracture in the squad, while also suggesting that Benzema may not be willing to do the silent job Giroud has done so effectively. That has been crucial to Deschamps finding a way to get the best out of his supremely talented front players, while simultaneously not stifling the likes of Paul Pogba.

In one sense, Benzema is right in his comments about Giroud, but not necessarily for anything relating to the Chelsea striker. France are not the most exciting team to watch under Deschamps: they are functional and geared towards results and not style. They certainly don’t play as openly as the immense depth of quality they have, which runs right through the age groups.

But the coach has instilled a culture and a mentality. France have always had plenty of world-class players but only ever won trophies in cycles. Their 1984 European Championships crown was inspired by Michel Platini; in 1998 and 2000 they did the double with Zidane at the forefront, while Pogba and Mbappe are spearheading them now. It looks like they could dominate for a lot longer this time and one of the key factors in Deschamps’ success has been promoting harmony from within; it is something France have missed at times and that has proven costly before. Bringing Benzema back into the fold is a risk to all of that, given his history.

Curious, too, is the timing. Why now? It has been established that Benzema is France’s best striker, and having your top players available will always be welcomed, but equally they have become the biggest force in international football again without him. Goals are always likely with Mbappe, Griezmann and others available. It is hardly out of necessity that he is back on the scene.

France are still favourites this summer and overwhelmingly so. This is a risk that could go either way, but one thing is for sure: bringing Benzema out of the cold is not typical Deschamps behaviour.