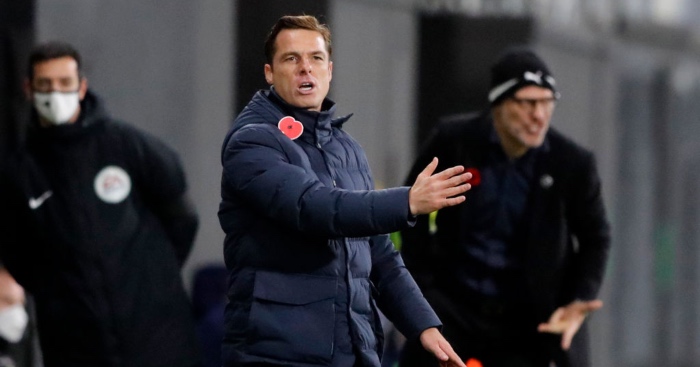 The party line was the same a week later. “I constantly see improvements,” Parker parroted. “There were a lot of good things against Crystal Palace that I see and that I have seen in games, some real positives.”

“Scoring first is key,” Parker added. Fulham did just that on Monday, the “identity” was clear and the “real positives” – this time – resulted in a crucial 2-0 win. It wasn’t quite the error-free football Parker has been prescribing – they were playing a Championship-standard team unable to punish mistakes they did make – but it was a win to take the sting out of Premier League life.

Fulham scored two very good goals. The first: a flowing team move through the pitch featuring a lovely clipped cross from Antonee Robinson, a smart cushioned header from Aleksandar Mitrovic, finished off by Bobby Decordova-Reid. The second: A stunning strike from 20 yards from Ola Aina after further link-up between Decordova-Reid and Mitrovic.

They were goals that illustrated the “identity” Parker refers to. Energy and quality in wide areas, improved through the acquisitions of Aina, Robinson and Kenny Tete – who has impressed since his move from Lyon but missed out through injury – providing enough for their Premier League quality striker to score the goals to keep them up, or – on this occasion – the touches of class to set up his teammates.

That said, they weren’t tested. The Baggies’ style and game plan is comparably inconspicuous. Their two true creative talents – Matheus Pereira and Grady Diangana – were atypically lax in possession and worryingly uninterested out of it. Karlan Grant got very little service and lost the ball when he did. Jake Livermore looks as cumbersome and sterile as when West Brom were last relegated from the Premier League.

Parker described this game as “massive” for Fulham, aware that defeat would be a crushing psychological blow. Lose to West Brom at home and talk of lowest points totals and Premier League unworthiness would have been rife.

This win by no means puts Fulham doubts aside. There were occasions when sloppiness and dawdling on the ball could and probably would have been punished by a superior team. And because it was only West Brom – a particularly poor iteration at that – on the surface this could be little more than one piece of relegation fodder slightly bettering another.

But Fulham weren’t slightly better: the gulf was akin to a mid-table side against one at rock bottom. And although that says more about how bad West Brom were than whether or not Parker’s side can climb that high (they almost certainly can’t), it was an assured performance to build on. One in which their identity was clear to us as well as the manager.