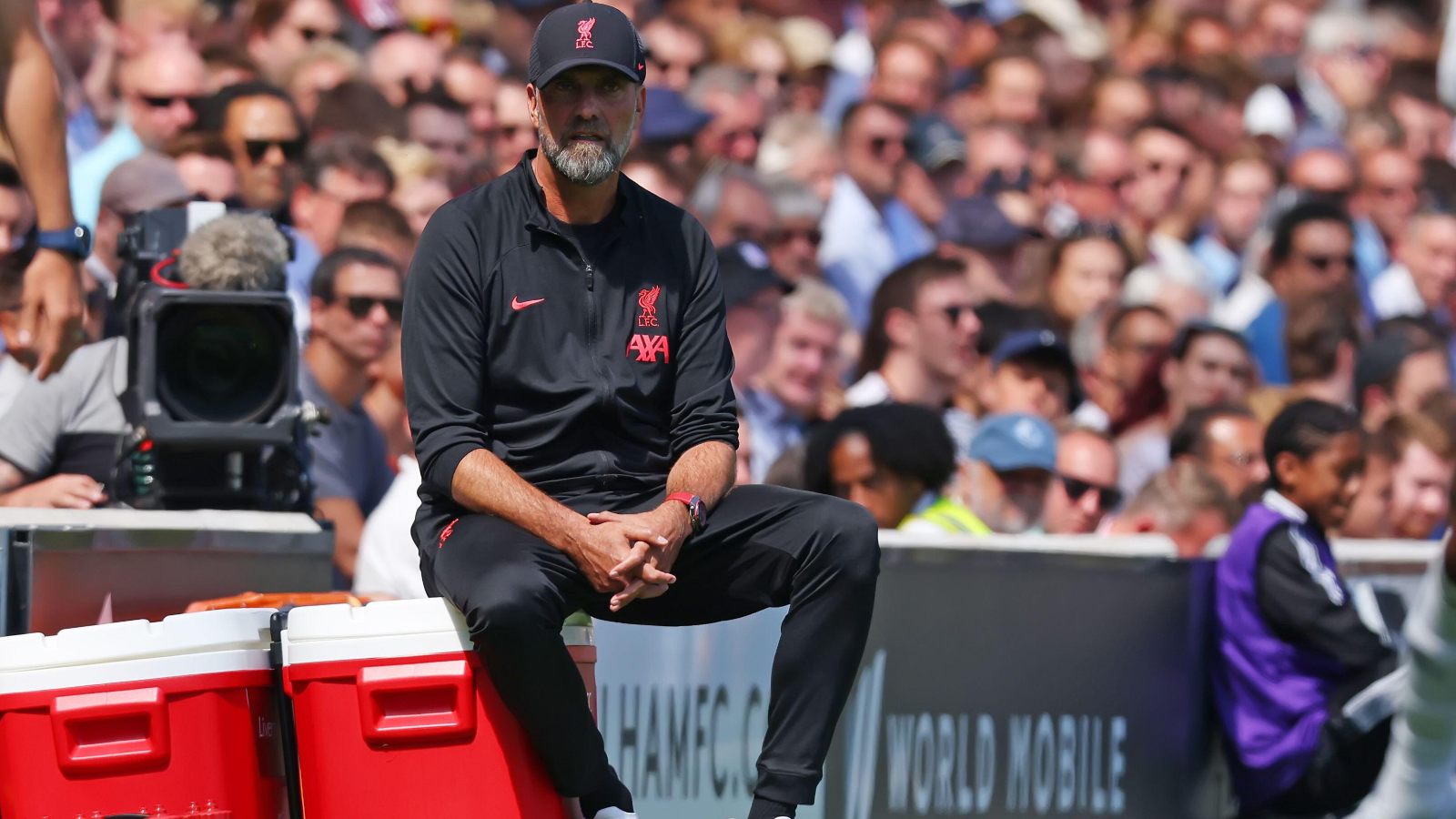 Fulham have already prompted many of the doom-mongers among us to revisit our predictions. But Liverpool looked worryingly undercooked in a sloppy start to an unforgiving season.

Fulham’s hugely creditable performance on their latest return to the Premier League will prompt more jerking of knees – especially here – than any other aspect of the Cottagers’ 2-2 draw with Liverpool. But for all the calm Jurgen Klopp will attempt to convey, the Reds boss would be right to wonder why his side seemed so ill-equipped to cope with their hosts’ endeavour by the Thames.

Especially for the first hour, Liverpool appeared woefully undercooked – and they really ought not to be. Last weekend in the Community Shield they faced a Manchester City side who have taken a calculated risk in using the opening weeks of the Premier League season to ease into their stride.

Pep Guardiola’s champions were brushed aside by Klopp’s men, who were stronger and sharper at the King Power.

At Fulham, it was Liverpool who were too often out-fought and, uncharacteristically, out-thought. Klopp can’t dispute that, and his demeanour on the touchline suggests he knows how far off the pace his side were.

He can’t possibly have missed it.

The Reds have little excuse for being so stagnant. Their build-up to the opening day took in six matches and for many of their players, almost five weeks of preparation. Fitness won’t be a concern and sharpness shouldn’t be either.

Klopp will likely deny it, but the most feasible explanation for their opening-day sloppiness against a side widely tipped to struggle was a mentality somewhat less than monstrous.

Liverpool have won these games before while playing a few notches below full-pelt and they nearly got away with it here. But just as nearly they could have returned to Merseyside with nothing rather than just a point when the margins over the season are likely to be as tight as the last.

In fairness to the Reds, few outside the Fulham dressing room expected what the Cottagers produced. In contrast to Liverpool, it has been a somewhat fraught pre-season for last term’s Championship winners, with Marco Silva frustrated at the progress of his squad strengthening.

Based on this evidence, he need not be.

For an hour, Fulham were the better team. They were ahead on the intensity stakes, which is worrying enough for Klopp. But Silva’s shape was also offering Liverpool plenty of posers which they failed to fathom until well after half-time.

Silva sat Joao Palhinha and Harrison Reed in front of his back four to screen a defence that had a distinctly Championship feel to it. Palhinha was particularly outstanding, the 27-year-old seemingly irritating Liverpool by having the temerity to get close enough to tackle them. He did so more than anyone else before the break.

Their discipline and energy allowed new signing Andreas Pereira to play off Aleksandar Mitrovic in and out of possession. The ex-Manchester United midfielder joined the centre-forward in pressing Liverpool’s back four and backed up by Reed and Palhinha, there was no central route for the visitors to reach their front three.

Klopp gave his starters the chance to wake themselves from their slumber but his patience had evaporated only five minutes into the second half. Thiago’s twang prompted a midfield swap, with Harvey Elliott dispatched to add some energy.

Darwin Nunez came on for the anonymous Roberto Firmino in a change that felt far more permanent than simply serving Liverpool’s immediate needs.

Even Elliott and Nunez were sloppy at first, both guilty of giveaways within their first few touches, each of which gave Fulham good chances to extend their lead. But once Nunez found some rhythm, he began to occupy Fulham in a way that caused his markers considerably more discomfort than Firmino’s approach of coming towards the ball.

With Nunez stretching Tim Ream and Tosin Adarabioyo, it left Salah with rather more space on the right and finally Liverpool got some joy. Salah teed up Nunez with a low cross that the new boy flicked into Marek Rodak’s midriff.

A few moments later, the pair combined in exactly the same way, but this time, with a little help from a fortunate ricochet, it worked and Liverpool were level.

The assumption was that the Reds would go through the gears and get the job done. Nope. By that time, the sloppiness that blighted Liverpool’s opening hour had spread to Virgil van Dijk, which is when Klopp really knows he has a problem.

In mitigation, with Mitrovic in this mindset, the Serbia striker is a nuisance to any defender. Van Dijk is used to dealing with pests, but Mitrovic ruffled the Liverpool centre-back.

He had already bullied Trent Alexander-Arnold at the back post to score Fulham’s opener, which came as little shock to anyone familiar with the right-back’s defensive frailties. But to see him rattle Van Dijk was rather more surprising.

First Mitrovic Cruyff-turned Van Dijk on the halfway line, which was a lovely novelty, but the forward must have sensed vulnerability when he ran at the heart of the Liverpool defence shortly after Fulham had lost their lead.

Despite the presence of Alexander-Arnold covering, Van Dijk wafted a leg in Mitrovic’s vicinity and a slight touch was enough to prompt a penalty kick, duly dispatched by the man of the match.

Frustratingly for Fulham, that lead was lost too and it all started when, for the first time, Mitrovic didn’t fancy a duel with Van Dijk. Instead, under a long ball forward, the striker anticipated contact that never came and hit the deck. Perplexed, Van Dijk claimed possession and so started the move that led to a somewhat scabby leveller for Salah.

That was one of a few ‘moments’ for Fulham – others included a couple of brain farts while attempting to play out from the back – that they must keep to a minimum if they are to make a better fist of sticking around in the Premier League.

On this evidence, they are certainly capable of competing and perhaps thriving. So long as they can find the energy they mustered up here another 37 times.

For Liverpool, Klopp has to fathom why his side struggled to match that level of application. All sides are entitled to a bad day at the office, but less so when the last month has been all about building up to this particular day and the margin for error is so slight.