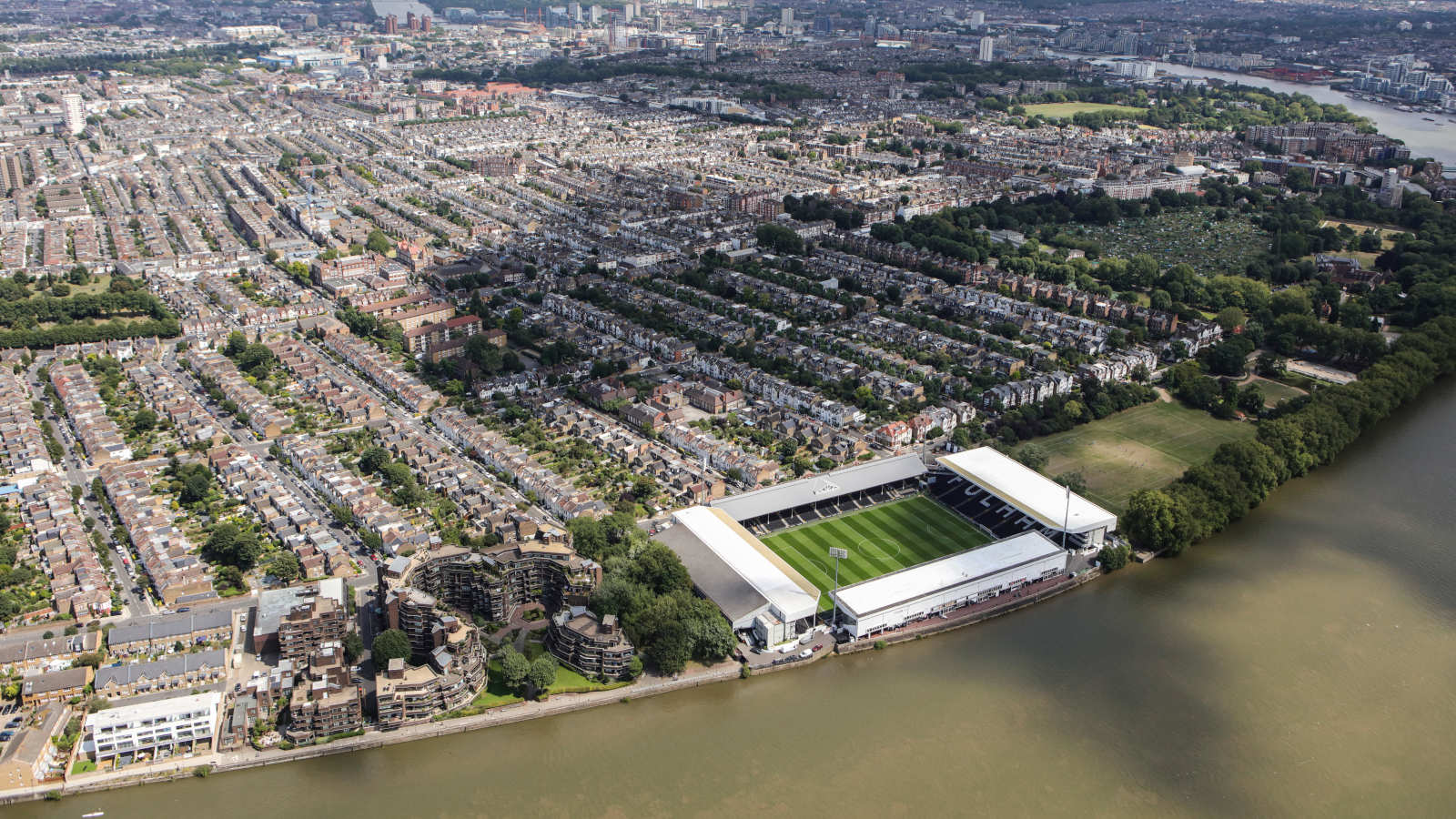 Fulham caused disquiet in March when they announced vast ticket prices increases in March, and now they’ve done the same for single matches.

Fulham have already sold their 15,000 season tickets for the coming Premier League season, but there remains a feeling that things might not necessarily all be well at Craven Cottage following their promotion from the Championship at the end of last season. A late season slump in the league wasn’t anywhere enough to derail them, but five defeats in their last ten games can hardly be said to have boded well for another promotion back to a higher level. And that slightly uneasy feeling has bled into the summer.

Activity in the transfer market over the summer has been sluggish and the question of ticket prices has now come up twice already this year, with prices for a season ticket in the Riverside Stand causing consternation when they were announced in the spring and the club is now coming in for further criticism upon the announcement of ticket prices for their opening match of the season against Liverpool. Neither is a strong look for a club that has long prided itself on being a ‘family club’, a club that has faced existential battles in order to merely survive in the past.

The issue with the Riverside Stand was bad enough in itself. In March, Fulham announced that they would be opening the bottom tier of their new stand, but the cost of accessing it would be enormous: £1,000 for adults and £500 for under-18s, with no further concessions. When the club was previously promoted to the Premier League in 2018 (no fans were admitted into the Cottage upon their next promotion in 2020), season ticket renewals cost from £299 to £839. The club had charged over £1,000 for a season ticket before, but this was only for people buying them for the first time. The response of the Fulham Supporters’ Trust – who hadn’t even been consulted by the club over any of this – was necessarily waspish.

On the tails of that comes a further round of price-gouging, and the ticket price for the Liverpool match are genuinely shocking in several different ways. Quite aside from the headline-grabbing £100 ticket, there is now only a £5 reduction for those over 65 (the fans who, 30 or 40 years ago, were protesting to secure the club’s future at Craven Cottage in the first place)  or those between 18 and 21 (the next generation of Fulham supporters), while even children get a raw deal, with reductions being comfortably less than the 50% that we would expect for concessions.

The case for the defence of these prices is that they are subsidising season ticket prices by charging ‘tourists’ or ‘casual fans’ more to get in. This stands up to scrutiny. Fulham’s cheapest season ticket this season was £385, the fourth lowest in the Premier League, though it is worth remembering that these were for renewals only; the cheapest non-renewal season ticket was £460. ‘Tourists’ are an easy target. The trope of the once a year visitor from foreign climes spending a ton of money in the club shop and then spending afternoon taking selfies of themselves rather than watching the match is a familiar one, but it might be counter-argued that this club shop spending is also subsidising other season ticket prices.

There is also something suspicious about dismissively calling fans who can’t attend every last match ‘casual’. There will be many for whom a handful of matches per season will be as many as they able to get to or able to afford to get to. The idea that fans who don’t purchase a season ticket are doing so solely because they’re ‘casual’ fans (with the implication that they can’t be bothered to attend more regularly) seems reductive to the point of offensiveness. It certainly doesn’t say much for Fulham being a ‘family club’ when the cost of paying for either season tickets or individual match tickets seems so extortionately high. At the risk of starting to sound like a stuck record, there is a cost of living crisis going on at the moment.

Perhaps this would all be more understandable had Fulham invested enormous amounts of money in trying to secure a different outcome in this Premier League season to their most recent previous attempts, but this doesn’t seem to have happened yet. Joao Palhinha has arrived from Sporting Clube de Portugal for £20m and it seems just about certain that the transfer of goalkeeper Bernd Leno from Arsenal will be confirmed in the very near future. But Palhinha’s arrival has to be balanced against the sale of Fabio Carvalho to Liverpool, and it’s difficult to say that Fulham’s current squad – with less than four weeks to go before the start of the new season – is any stronger to that which finished last season.

And if Fulham do end up going into the new season with a team little stronger than that which ended up huffing and puffing its way to the Championship title last season, what will be the justification for charging so much? After all, the last time Fulham were in the Premier League they could only manage to score nine home league goals all season. Will supporters whose season ticket prices increased by more than 300% to sit in an unfinished Riverside Stand or £100 because they were unable – for whatever reason – to buy a season ticket be expected to shrug their shoulders should the team do something similar again this season? It seems reasonable to say that if the owners of Fulham want to consider themselves a ‘premium’ product, then they should be expected to provide a ‘premium’ product. As such, supporters should complain loudly should the team fail to live up to the lofty promises implied by those prices.

This is a problem for the future that Fulham could be storing up for themselves. Fulham have 15,000 season tickets sold this season, but should they be relegated again – and they’re around even money – they’ll be back in the Championship and more dependent on match day revenues than ever. The ‘tourists’ may not return in the second tier, but the capacity of Craven Cottage will still have been increased to 30,000. Tickets being sold out now is no guaranteed that they will be in perpetuity.

In May 2020, chairman Shahid Khan wrote in an open letter to supporters that, ‘While we do not know what is around the corner for the 2019/20 season and the game itself, what we do know is when we return, there will be no loss in the sense of family, tradition and belief that are signatures of Fulham Football Club’. This rings a little hollow now, and it isn’t only ‘tourists’ and ‘casual’ fans paying the price.