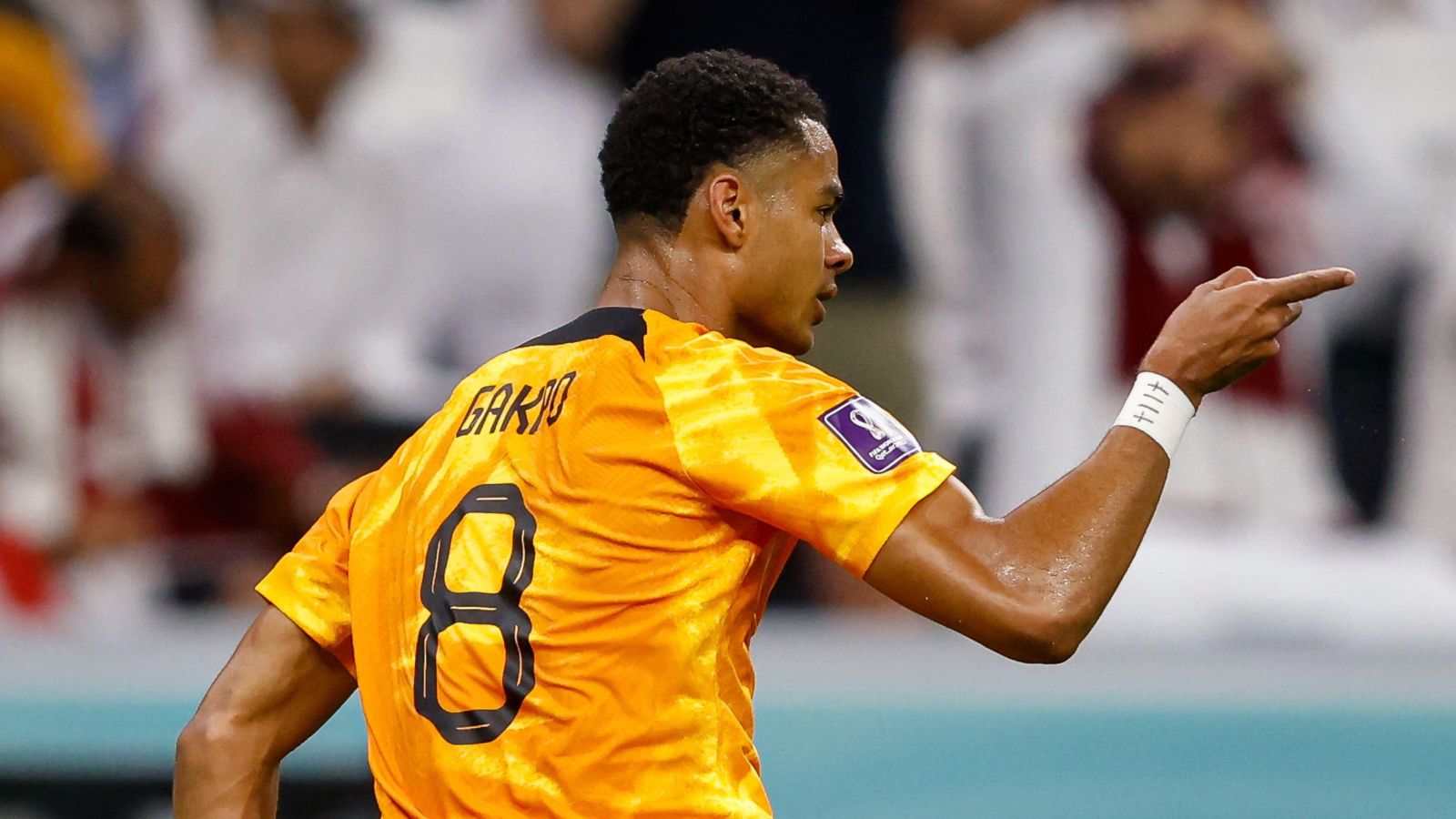 Man Utd might not be used to thanking Louis van Gaal but he did them a solid in the summer. A focused Cody Gakpo has been good for everyone.

Those of a Premier League persuasion will remember the former, fondly or otherwise. But even in the final throes of a legendary and often ludicrous career, with a well-earned retirement on the horizon after this World Cup, Van Gaal has the moments of piercing lucidity that only a master of his craft can.

The 71-year-old would have had his own biases and agendas when it came to the future prospects, both immediate and long-term, of Cody Gakpo. But the private advice he offered the Dutch forward in the summer was invaluable at a time when most would have simply massaged the neck of a player who was having his head turned by the Premier League.

Why move now, Van Gaal reasoned, in this most unique of World Cup years?

There was an element of selfishness as a national team manager simply wanted to prevent one of his more important squad members from playing less frequently in the build-up to the tournament. Gakpo was a guaranteed PSV regular but the adaptation to a new club in a different country could have drastically reduced those crucial minutes.

Yet delaying the inevitable has benefited the player, the manager, the club and indeed everyone but the financial department of the team which eventually signs one of the World Cups most exciting young talents.

“I spoke to the national team coach and asked for his advice,” Gakpo said in September. “His advice was clear: that I should follow my feelings. But that a transfer in a World Cup year is such a transition, going from club to club. It’s not ideal for a player, and I agreed with him.”

Leeds and Southampton were placing increasing sums of cash under the nose of PSV at the time. Man Utd, Everton and Nottingham Forest had also been credited with an interest, while Arsenal, Liverpool and Manchester City have since registered Gakpo on their own radars.

In England particularly, more clubs have been linked with him than haven’t. Eighteen goals and assists each in 32 games this season will do that.

But the £30m or so PSV stood to receive a couple of months ago will no longer suffice on the basis of the 23-year-old’s thrilling World Cup group stage exploits. An excellent run and header against Senegal and thunderous left-footed finish versus Ecuador was the precursor to the skill and poise needed for his goal to help beat Qatar.

Therein lies the variation of a truly thrilling player: the physical prowess, the ambipedality, the stunning technique. His flick in the build-up to the opening goal, part of a one-two with Davy Klaassen, was every bit as good as the finish which followed.

With that deft combination play, the individual excellence and a seamless ability to flit between the two, slotting into a system while breaking out when necessary, Gakpo has the attributes needed to dominate in a modern, fluid attack.

It was assumed that Memphis Depay would spearhead this unpredictable Dutch assault on the World Cup but his lack of match sharpness remains an issue and, in truth, this match did little to reinforce Netherlands’ credentials as contenders. They were regularly sloppy in possession and a limited Qatar team with nothing to play for troubled them far more than necessary.

But Gakpo gives them a chance, a player focused on the task at hand and at ease with his own excellence while the cogs of his future click into place around him. While Van Gaal is reaping the rewards of his own foresight now, everyone stands to profit when the transfer window opens.