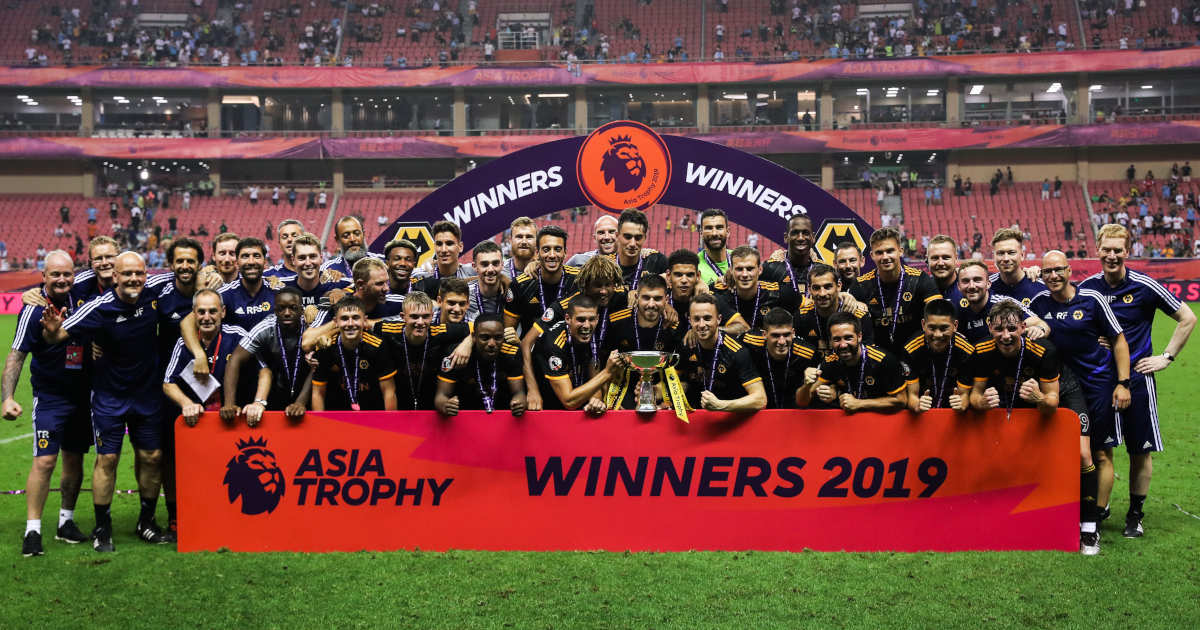 Game 39 is being revived for the benefit of the Premier League alone and looks effectively like an act of sporting colonialism.

It’s probably not a coincidence that the idea of breathing some life back into the idea of Game 39 should have made its way back into the media in the week that PSG play Manchester City in the Champions League. After all, this match is essentially global football in action; players from South America, Europe and Africa playing a match in Paris in front of a worldwide television audience is the optimal club football experience that the Premier League would love to have at the centre of its schedule.

But Game 39 remains a fundamentally flawed idea, driven by the game’s insatiable need for more, more, more, and with an ultimate endpoint that looks very much like a form of sporting colonialism. The idea first emerged in 2008, with the original proposal envisaging each Premier League team playing one further match – a total of ten extra matches – over one weekend in January. Two matches would be played in each of five cities, one each on Saturday and Sunday, with cities bidding for the rights to hold matches.

The original plans didn’t stay credible for very long. They were savaged in the media, and there was considerable criticism from both inside and outside the game itself. FIFA came out strongly against the proposals, and with permission required from the countries that would be hosting matches looking unlikely, the matter was put on the back burner. But it was never shelved, because the voraciousness of Premier League club owners has not gone anywhere.

The International Champions Cup was launched in 2013, and it is clear that this is essentially a stepping stone towards domestic matches being played abroad. In 2017, the organiser of that competition, Charlie Stilitano, told the BBC that, “you have a couple of NFL owners that own teams in your Premier League” and (somewhat disingenuously, since nothing like this has ever been the case) that “it seems like half the season is played in England”. The International Champions Cup has been shelved for the last two years because of the pandemic but it’s assumed that it will restart again next year.

The latest set of plans, described as a ‘roadmap for meaningful matches abroad’, are in their very early stages, but they’re understood to be primarily focused on pre-season, with one mooted idea being to bring to together the disparate pre-season tournaments that Premier League clubs already play into one pre-season tournament. All of this sounds fairly benign – who would really object to this being played if clubs are already all over the globe before the start of the season anyway? – but the issue is not where it starts, but where it would likely lead.

The USA, Brazil, China, India and Indonesia have all been identified as potential markets to be exploited but the idea of a limited Son of Game 39 falls at this hurdle. These are some of the biggest countries on earth. A pre-season match played in, say, Miami would be little more a ‘home’ match for someone living in Los Angeles or New York than a home match played in London or Manchester.

The obvious thing to do when faced with this is…to schedule more matches, in more cities, and then in more countries. The five countries identified have a vast cumulative population of 3.5bn people, but this is still less than half of the total global population of 7.7bn. What about Japan? What about Africa? What about the Middle East? What about Australia? What about other European countries? It seems inconceivable that, once this genie is out of the bottle, moves wouldn’t be made to further globalise, especially if it’s as profitable as it’s expected to be. Put simply, there is no way on earth that it remains ‘limited’ in any meaningful way.

And then there’s the small matter of the countries in which these matches are being played. Each of them has a domestic league of their own, and none of these leagues are quite as tiny as we might think. For the 2018/19 season, the best supported team in the Indonesian Liga 1 was Persija Jakarta, with an average home attendance of over 24,000, while the average attendance in the Indian Super League was over 13,000.

The Premier League would still need the permission of the home FAs to be able to play matches in these territories, and when we consider the forthcoming fight over a biennial World Cup, it seems unlikely that FIFA will agree either. It would be considered an act of sporting colonialism by the national associations and clubs into whose territories the Premier League would encroach.

The Premier League recently made a great play of pushing the Spurs vs Chelsea match as being ‘the world’s first net zero carbon’ match, but the fact that so little has been said since the match makes us wonder if that target was hit. But regardless, vast amounts of international travel for matches clashes with any green credentials that the League may be seeking to earn. It’s difficult to take Premier League claims of environmental concern that seriously when, in the week after this net zero carbon match, club representatives are gathered around a table talking about how they can travel around the world even more.

The question of what happens in this global showpiece when two of the Premier League’s ‘smaller’ names have to play each other also remains unanswered. It’s well-known that the vast majority of global interest in the Premier League centres on the biggest clubs. With all due respect to both of these clubs, Burnley vs Brighton seems unlikely to set pulses in Mumbai, Beijing or Rio de Janeiro racing that quickly. And it’s notable that, yet again, little consultation seems to have taken place with supporters groups, although this probably shouldn’t come as a surprise when we consider that no consultation took place when the Premier League was formed in 1992 or when the big six clubs signed up to the aborted European Super League.

The hubris of the Premier League means that this idea will keep resurfacing, for so long as clubs believe there’s a financial killing to be made. They will continue to claim it’s all about fans in foreign countries, even though we already know how little they care about the fans that go to matches in the this country. They care about brand-building and revenue growth to the exclusion of everything else, and we might reasonably presume that this sort of opportunity is one of the primary reasons these ‘investors’ became involved with English football clubs in the first place.

If this was only pre-season, there would be little objection in this country, and the Premier League already knows that. But through Project Big Picture and the European Super League, we’ve already seen the extent to which these clubs cannot be trusted with the good of the game, so why should anybody trust them on this?