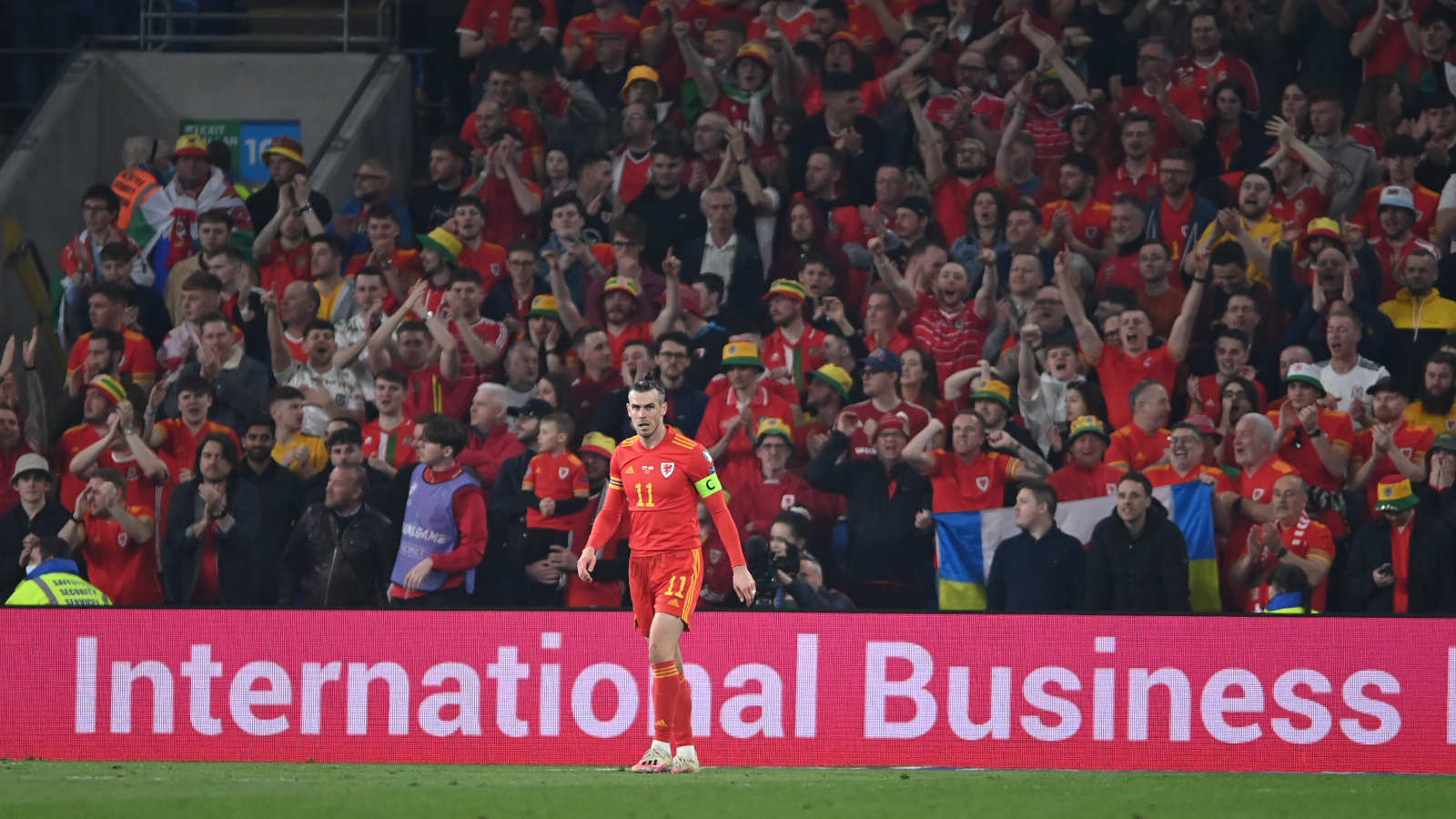 Gareth Bale has hit back at the Spanish newspaper Marca over their comments about him, and their response hasn’t exactly been dignified.

Perhaps it was always inevitable that it would end like this. In a world in which footballers are treated as little more than commodities by both clubs and the media, perhaps there was inevitability about the petulance of what has been happening between the Real Madrid-obsessed Spanish newspaper Marca and Gareth Bale. Bale’s spectacular brace for Wales against Austria in the World Cup play-off semi-finals has prompted a most peculiar outburst in Marca and El Chiringuito, the football show that achieved viral fame with its troublingly obsessive-looking coverage of Lionel Messi’s transfer from Barcelona to PSG and Kylian Mbappe’s failure to sign a contract with Real Madrid.

It was pretty clear that Gareth Bale had a message to send to somebody during the Wales vs Austria game, as he shouted ‘SUCK THAT!’ into a microphone while celebrating his first goal, and it wasn’t difficult to guess who he meant. The newspaper Marca had already run a story in which they described Bale as a ‘parasite’ over their perception that he’s running down the clock until the end of his contract with the club, and after the match, El Chiringuito’s absurd histrionics stepped up another gear when one of their pundits claimed that he should be ‘fired’ for ‘disrespecting’ Real.

The latter of these two comments was just plain stupid, rather than particularly offensive. It’s vanishingly unlikely that Real Madrid would legally be able to fire him for upsetting their media fee-fees, and even if this were the case, with his contract expiring at the end of June regardless, it’s highly doubtful that it would be the greatest disaster for a multi-millionaire footballer to have to deal with. But this doesn’t alter the fact that he is absolutely entitled to see out the remainder of his contract.

And then there’s the small question of whether this simultaneously childish and chiding tone actually even benefits Real Madrid at all. Real are one of the most famous football clubs on the planet, and are in the market for the very best players, players who can choose from any club to play for whatsoever. Does El Chiringuito really believe that acting this way helps or hinders their pursuit of the very best players? It’s possible that, say, Erling Haaland and Kylian Mbappe don’t care about this spat in the slightest, but it’s not difficult to imagine how a player who can go and play anywhere for vast amounts of money might take a look at the media culture surrounding this club and not take too kindly to the way that former(ish) players are treated.

The comments on El Chiringuito were delivered in their normal pantomime style and were pretty easy to dismiss, but the comments of Marca seem to have crossed a line for Bale, who issued a statement himself about the treatment that he’s been receiving in the Spanish media in which he described the comments made by Marca about him as “slanderous, derogatory and speculative”, and adding that, “I want to use my platform to encourage change in the way we publicly talk about, and criticise people, simply for the most part, not meeting the often unrealistic expectations there are projected onto them.”

Marca have decided to defend themselves over this, but they didn’t make a particularly good job of it. Journalist Juan Castro – who, it should be pointed out, didn’t write the article that caused the furore, told the BBC: “We made really big positive headlines in the first years of Gareth here in Madrid, but sadly he stopped playing here in Madrid, he does not want to play here, he is always injured and has played only four games in La Liga this season, scoring only one goal.” So let’s take a quick look at what the journalist concerned, Manuel Julia, actually said:

‘The Bale parasite comes from the cold and rains of Britain. It settled in Spain, at Real Madrid, where, disguising its intentions, it first showed diligence and love for the grass, but soon its nature brought it to suck blood without giving anything in return.

‘More than blood, it sucked, and sucked, the club’s euros.

‘Unlike others of its species, like the flea, the louse, or the bedbug, the Bale parasite does not produce pain or sickness in its grass, but after sucking, between smiles and messing around, shows a tongue-in-cheek disrespect for that off which it lives.

‘He laughs, claps, throws itself to the ground, sings, in a kind of humiliating ceremony, which, at least, finally comes to an end, like all misfortunes.’

You stay classy there, Manuel. The moral high ground is always held by the person who describes someone who has angered them in subhuman terms, isn’t it?

Bale has not played much this season, that much is true, but this is because he has not been selected to play in the first team, and it seems a bit odd to criticise a player for this, when team selection can hardly be said to be their decision. That choice rests with the head coach. And Bale has always been injury-prone. Again, presuming that he didn’t want to be injured, it’s not saying much for Marca’s sense of perspective that they should be criticising him for this.

And regardless, there’s something to be said for knowing when to shut up, to be the ‘bigger man’, when it comes to this sort of subject. It would have cost Marca, a well-known newspaper, nothing to listen to Bale’s criticism and perhaps reflect upon the histrionic nature of their coverage, and it does little for their reputation to go after a player in the apparent support of a behemoth such as Real Madrid, in this way. How can they be trusted to speak truth to power in a country in which an absurdly disproportionate power over the game is held by two clubs? Perhaps this is a mis-reading of their role within Spanish society, but if the reality is that Marca is little more than a fanzine for this huge club, their output should be treated as such and taken as seriously.

The good news for all concerned is that this unhappy marriage only has three more months to run, and that football will only be played during them. It will obviously be the best for all concerned for Gareth Bale to be rid of Real Madrid and for Real to have the money they’ve been paying to an injured player this season available to spend on someone else. It is also, when considering their outrage levels, worth pausing to recall that Bale has helped Real Madrid to 14 trophies during his time there, including four Champions Leagues and three Liga titles. His goal in the 2018 Champions League final against Liverpool is a strong contender for the greatest ever in the final of that competition.

The strangest thing is that all these cheerleaders for the powerful football club on the planet should seem so insecure. Perhaps it’s what attracted them to Real in the first place. Meanwhile, Gareth Bale can continue with his Wales and his golf. After all, if this is how they’re going to talk about him, why should he lift a finger for the last two months of his contract? If anything, the comments of the last few days have only proved why he was right to not care about them in the first place.