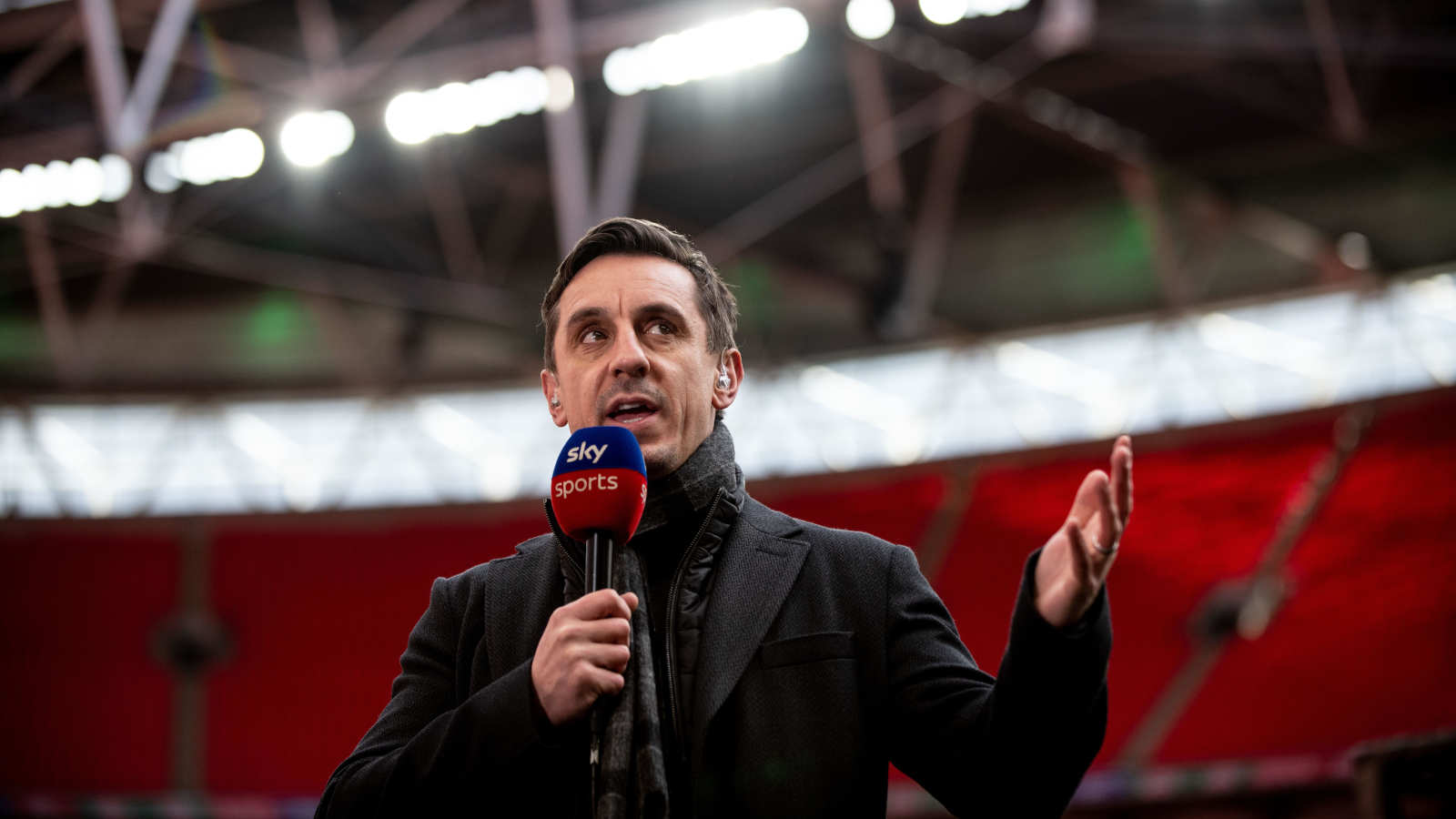 Gary Neville is unhappy at Manchester United’s lack of activity in the transfer market, but this air of unhappiness isn’t helping the club.

The narrative surrounding Manchester United’s transfer frenzy this summer is already starting to shift. The market for domestic transfers has only been open for a few days, but already questions are starting to be asked of United’s policy for this summer and whether the club might be taking too long to get involved in this summer’s new footballer frenzy.

#GLAZERSOUT was trending on Twitter again early on Thursday morning, continuing the theme a has now been pretty much constant for the last eighteen years, that the penny-pinching Old Trafford owners will not allow the level of spending required to give Erik ten Hag the tools he needs to put United anywhere near in touch with Manchester City and Liverpool. The latest to add their voice to the growing cacophony is Gary Neville, who tweeted on Thursday morning:

‘ETH (Erik ten Hag) needs his group together asap to mould them. Bringing them in late will only make it harder for him! [Fingers crossed] it happens soon!’

Now, Manchester United aren’t the only club to have failed to bring in any new players so far this summer. Twelve Premier League clubs have made no new signings yet. That’s almost two-thirds. And this shouldn’t surprise anybody. Many of the transfers that have been confirmed since the summer window opened have been previous loan deals being made permanent or new contracts that were agreed before the window opened. No-one has developed sudden superpowers with regard to the swift and definitely successful signing of new footballers.

But that this statement is being made in the first place is revealing about the issues the club faces this summer. Why aren’t we hearing about similar stories of panic from, say, Chelsea or Southampton? The transfer window has been open for less than a week. Perhaps Gary Neville needs, to use the vernacular of people my age, to chill the f*ck out. Some clubs have acted quickly. Some surprisingly so. But that doesn’t mean Manchester United necessarily have to.

Yet Neville is only echoing fears from supporters, and those fears are understandable. The Ralf Rangnick interregnum was a disaster. That’s now pretty much universally agreed. It was indicative of a club without strategy, in which the decision eventually reached over Ole Gunnar Solskjaer was to kick the very important matter of who his successor should be into the long grass, sacrificing the second half of last season on the implied promise of a better future. Erik ten Hag is the soothing balm, a flirtatious hint at another age of The United Way. But he can’t do it on his own, and until players actually start arriving why should anybody – Gary Neville, supporters, anybody – believe that the much-needed refit of the team will actually take place to the extent that it probably needs to?

Because United aren’t immune to feeling the pinch. Their stock market value is down. The renovation of Old Trafford is going to be expensive, no matter which solution is decided upon. Footballers are getting more expensive all the time. Yet Manchester United let Paul Pogba slip away for nothing, paid a world record transfer fee to get him back, and then promptly did the same thing again. And they’ve just missed out on the Champions League, qualification for which continues to represent the baseline of success for the current iteration of Manchester United and which (perhaps not uncoincidentally) is also worth a substantial amount of money.

It’s not that Manchester United aren’t known to have been active in the transfer market. Their pursuit of Frenkie de Jong from Barcelona had been considered approaching a done deal, but that has now all changed, with De Jong telling an interviewer after the Netherlands’ 3-2 Nations League win against Wales ‘I think I am at the biggest club in the world at the moment and feel fine there so there is no news.’ So who knows? Negotiation seems to be ongoing, and again, it’s only been a few days.

In addition, United are also understood to have made a bid for Christian Eriksen, and were encouraged this week by reports that Eriksen had suggested that Champions League football may not be necessary for his next club. His availability has attracted the interest of several clubs, and the player himself hasn’t seemed in much of a hurry to make a decision. But again, it can hardly be said that United have been completely inert in the transfer market. If they got both those players, they’d have two fine players. If they end up without either or both of them, plenty of others are available.

And it is clear that Neville, along with thousands of Manchester United supporters, has little faith in those running the club to be able to get the work done that they need to get done. It’s not that the club hasn’t spent big money before; it’s more that money is so often spent without any forethought and so little with any apparent long-term strategic target. In appointing Erik ten Hag, Manchester United have made a statement: ‘See this guy? This is what we want to be like.’ Okay, fine. That’s a good start. But hiring that guy isn’t a magic wand that will suddenly change the club’s fortunes in and of itself.

The concern is that there is a lot of work to do and little time to do it. There’s deadwood to clear out, and new players to bring in. There’s a new managerial culture to introduce, and the players need to be coached together and brought together as a team. Oh, and United’s pre-season games start on July 12th, already less than four weeks’ time… in Bangkok. And from there, they also travel to Australia and Norway before the new season starts on August 7 against Brighton at Old Trafford. Time was short, and that was before taking into account their little jaunt to the other side of the planet.

No matter how right or wrong Gary Neville may be (or how justified he may be in having his concerns), it certainly feels as though this white noise of speculation surrounding Manchester United is at the very least a double-edged sword. For all that the club commercially benefits from its worldwide reach, the level of chatter – particularly from former players who seem to be asked what they think of what’s going on at United every couple of days or so – doesn’t suggest the professional atmosphere the diligent professional would be looking for. If it’s not Gary Neville it’s Rio Ferdinand, or Paul Scholes, or Roy Keane, or whoever, all looking unhappily on from above, guardian angels of a football club sharing concerns that the owners might refuse to spend even though they can afford to spend.

It is a short summer, on account of the very late ending of the Champions League, and the Premier League starting on the first weekend in August further curtails the amount of time that is available to rebuild their squad. That this has been further shortened by the club having arranged foreign tours before the start the new season taking in three countries, two of which are on the other side of the world. In a way, that very curtailment speaks volumes for the priorities of those running Manchester United, and on the way on which this hyper-commercialised way of running the club can adversely affect its playing side. This is why Neville was so critical early, the whole lot wrapped in a broader culture surrounding the club that makes it feel close to unmanageable.