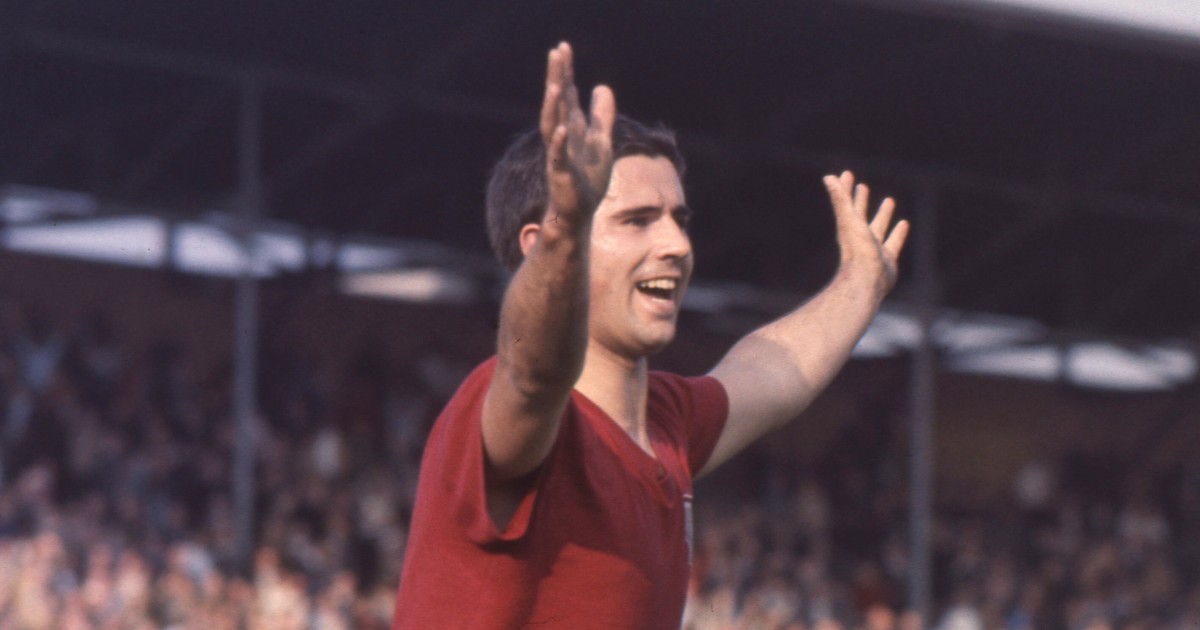 The loss of Gerd Muller could end those interminable and unwinnable GOAT arguments. It is time to appreciate all of our icons at once.

Artists are only ever truly remembered when they’re gone and it is the same with footballers. This is because, in the main, their stories are airbrushed and only the best bits – be it goals, stats or moments of individual brilliance – are preserved. Over time, as the game moves on and new generations emerge, the greats from yesteryear become characters in fables told by those who witnessed their majesty.

‘Gone’ is supposed to mean retired, but Germany legend Gerd Muller will be remembered even more poignantly following his death at the age of 75 on Sunday.

Debates over the best player to grace a football pitch are common, but they’re also shortsighted and strangely disrespectful. Millions of young fans across the world will argue that Lionel Messi or Cristiano Ronaldo deserve the title as the undisputed footballing king, having formed an opinion on, say, Diego Maradona having watched his goals against England at Mexico ’86.

They’ll say the game is faster now, players are fitter and matches are more competitive.

The same reasoning will be used to denounce Pele, who will also likely have the fact he never played in Europe used as ammunition. Generally speaking, those who rate Messi or Ronaldo higher, most likely because they have grown up watching them, will make excuses and be selective on each case to suit their agenda.

At the same time, those who watched Maradona or Johan Cruyff and witnessed their genius with awe and wonder may choose to focus on the perfect pitches or the development of modern technology and suggest they make it easier to succeed today than 40 or 50 years ago,

Yet Messi and Ronaldo have to deal with something none of the others did, in part because of those advancements. With so much instant access to their genius, through more televised matches, streaming, social media and video sharing, the generation that arguably loves them most has grown bored of them. We may not consciously think about it, but throughout their careers they have broken so many barriers and surpassed boundaries so often that something which should go down in history as a ‘where were you’ moment is barely met with a shrug.

Another Messi wonder goal? Put it on the pile with the rest. Ronaldo grabs a hat-trick? So what? We’ve seen it before.

Perhaps that is a deliberate exaggeration and their age, plus Messi’s recent emotional exit from Barcelona, have certainly added much-needed perspective. But the wider point stands: when Cruyff, Maradona or Pele were on the television it was an event, made special by its rarity and almost alien nature. The experience had to be savoured and appreciated.

Football discourse is broken. It is hard to understand why there is a desperation to prove that one player is better than another or even every other, but it is a modern phenomenon. It becomes aggressive and unhealthy, based on attacking others’ opinions rather than backing up one’s own. Even the incompatibility of the argument doesn’t stop it; there is no way of definitively finding the one best player of all time because whichever way you look at it, the evidence is subjective. Although not exclusively, most players’ biggest fans were getting into football when they were at their peak and that reflects in their opinions later, because emotional connections are easier to come by in childhood.

Muller is seldom in that debate, which is difficult to comprehend. Perhaps it is because his impact on football was not as long-lasting as Cruyff’s. Maybe he wasn’t as entertaining as Maradona or as iconic as Pele. But Der Bomber was among the deadliest strikers from an age when creative players and midfielders usually grabbed headlines – a poacher in the extreme.

He won so much with Bayern Munich and Germany and held records in the Bundesliga, scoring 365 goals in 427 matches, the World Cup, netting 14 before Brazilian Ronaldo Nazario and then Miroslav Klose surpassed him, and for the most goals in a calendar year. His 85 across 60 games in 1972 seemed unassailable and should have cemented his place in folklore forever before Messi came along, aged 25 in 2012, and scored 96 in 66 matches.

But what Muller’s death, and Maradona’s last November, should remind us is that greatness is to be cherished, not quantified and weaponised. Generations change and football does, too. It is impossible to know whether the game is harder now or five decades ago and plenty of data exists to back up either argument. Muller is a forgotten icon of football but now that should change.

Messi understood the mark of the man and the magnitude of his achievement nine years ago; he sent him a signed shirt as an acknowledgement, which Muller then gave to the Bayern museum. To so many, though, Muller is little more than a name, somebody they have been told was sublime but who they have no affection for. His greatest legacy would be the start of a new, bigger outlook on football history, in which generations stop squabbling over an unwinnable argument and focus on appreciating all of its true greats. Der Bomber certainly sits high up on the pantheon of legends; as pure goalscorers go, there weren’t many better.