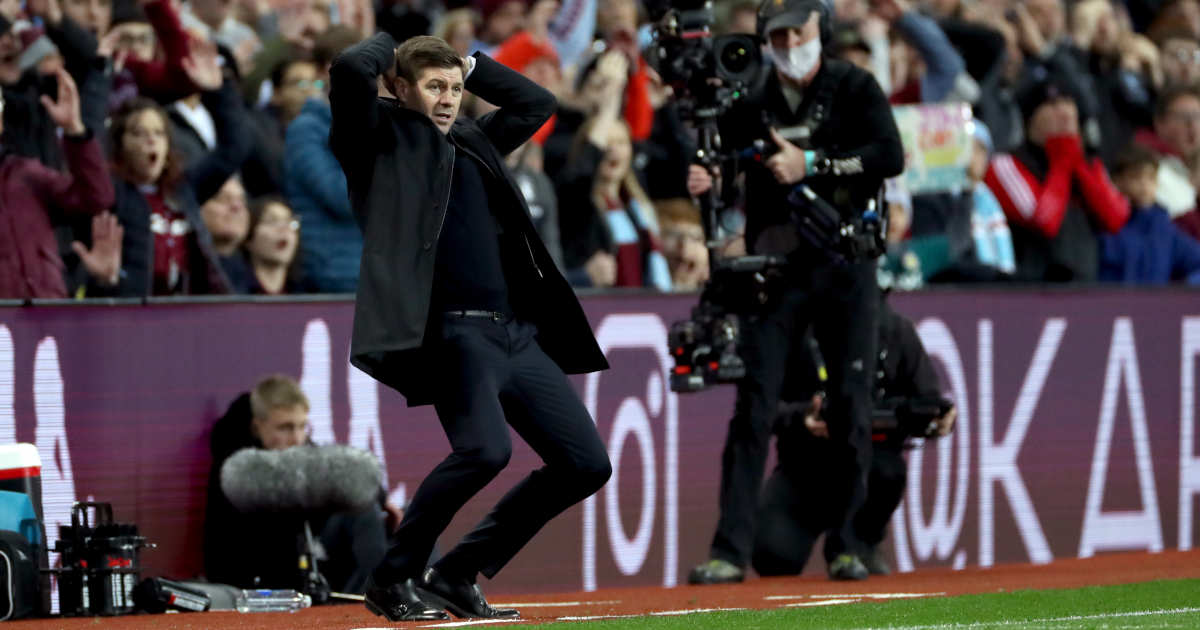 Steven Gerrard started at Aston Villa with a solid win against Brighton, but his team still needs plenty of work to achieve their targets.

Perhaps the opposition was the right one for a manager looking to make a mark on their home Premier League debut. Brighton & Hove Albion have had an excellent start to the season, but they went into their match at Aston Villa on the back of six league matches without a win and with a goalkeeper making his top-flight debut. They’re a team that can beat the best, but they’ve got something of a soft centre at the moment and have been in poor form.

Even so, Steven Gerrard and his team took their time to work this first win out. Brighton dominated possession for the whole match, as they’re wont to do, and both goalkeepers put in decent performances. But with time starting to run out, Villa began to assert their dominance more, had an appeal for a penalty waved away and took the lead with five minutes left. Ollie Watkins carried the ball into the Brighton area and skilfully bent it around Jason Steele to finally give them the lead.

The goal seemed to shake some urgency into Brighton, who committed players forward to try and rescue a point, but this inevitably created gaps at the back. With a minute left to play, John McGinn broke on the right and had a cross half-blocked, only for the ball to fall for Tyrone Mings to put the points beyond any reasonable doubt. While it was tenser than the final scoreline suggested, and there is still work to do if this club is to meet the expectations of their wealthy owners, it was at least three points and a win, all very welcome after five consecutive league defeats with 13 goals conceded in the process.

Gerrard has one particular issue that he needs to address. Emi Buendia cost Aston Villa £33m during the summer from Norwich City, but hasn’t proved to be a particularly successful signing so far. He’s played five matches in the Premier League for the club, but has only scored once and that was at the end of August against Brentford. Against Brighton he lasted 73 minutes before being replaced by Ashley Young – a change which definitely improved Villa’s performance.

But while substitutions that work out might be good for the manager in showing he has the ability to think on his feet during a match, the greater reward would come if Gerrard can get Buendia playing somewhere near the peak of his abilities. There is a talented player in there trying to get out. One of Gerrard’s jobs is to find a way of unlocking him, and he started Buendia on the right rather in the attacking midfield position that Dean Smith had tended to play him in, but it didn’t work out again and the Argentinean looked visibly frustrated when he was withdrawn. Gerrard must get him firing on all cylinders.

Another player whose performances have tailed off this season gave Gerrard greater cause to feel happy by the end of his first match in charge. Matt Targett was the only Villa outfielder to play in all 38 Premier League matches last season, but this time around he’s been something of a disappointment to the point that it was already rumoured that Gerrard would be left with little option but to look for a new left back in January. But against Brighton, Targett put in his best performance of the season. Rumours of his decline may have been somewhat exaggerated, and the same could be said for Mings, who overcame an inconsistent season with a considerably improved showing.

It won’t stop his loudest cheerleaders from doing so anyway, but it’s probably a little soon to be giving Steven Gerrard too much credit for better displays in his first match. It was still an encouraging start for the new manager, and the extent to which his departure might be considered a loss to Rangers may be evident in the fact they lost their first match without him – 3-1 to Hibernian at Hampden Park in the semi-final of the Scottish League Cup. And ambition at Aston Villa is high, with the team having finished last season in mid-table; more than £300m has been spent on the team since returning to the Premier League in 2018.

What is so interesting and unusual about the appointment of Gerrard by Villa is the contradiction between the profile of the player and the amount that most know about him as a manager. Gerrard isn’t completely wet behind the ears as a manager or coach. He worked in the Liverpool academy for 15 months and had been at Rangers for three and a half years when Villa came calling.

There have been other high-profile managers about whom we’ve known little, but few of those had already been involved in the coaching game for several years. Gerrard certainly improved Rangers, winning them their first league title in a decade and ending Celtic’s lengthy unbroken run as the Scottish champions, but one of the key questions regarding his move to Villa is whether that success in Scotland can be transposed to England. The signs from his Villa Park debut suggested that supporters can have cautious optimism that things might be set to improve, even though there’s still work to be done if they’re to meet the ambitions of the owners who hired him in the first place.