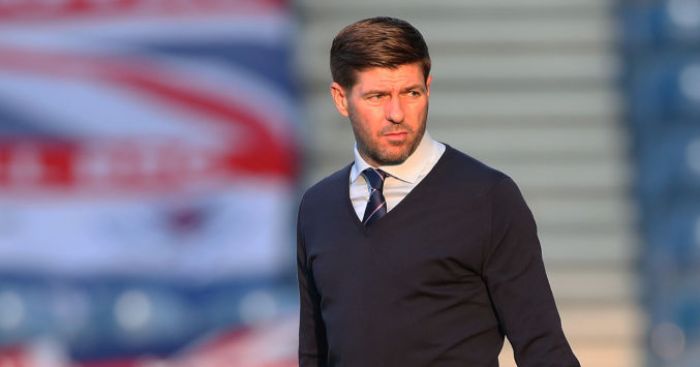 It was little more than a coincidence, one of those quirks of timing and circumstance that the game often throws up. Brendan Rodgers signed his Leicester contract on December 6; Steven Gerrard extended his Rangers stay exactly a week later. A manager and player so intrinsically linked by their shared tragedy and their mutual reluctance to accept responsibility had finally seemed to move on and up.

Both were second in their respective leagues, rewarded for making tangible progress. Neither would be able to arrest or explain the subsequent slumps.

Leicester soon fell away from their position of Liverpool’s closest Premier League challengers to the eventual consolation of a Europa League qualification place tinged with disappointment. Rangers actually won the five Premiership games immediately after Gerrard’s public show of commitment, reaching the knockout stages on the continent, but lost to Celtic in the League Cup final within a month of the deal and followed that setback with a disastrous run of post-winter break form. Dubai undid them.

He found himself contemplating his future at Ibrox by March, assuaging any concerns he might leave two days later. “I’m in, I’m all in,” was the staunch message. A defeat to bottom side Hamilton 24 hours later stung.

That 56th-minute strike from David Moyo was the last domestic goal Rangers conceded: 196 days have passed since. A clean sheet against Ross County before the league was cancelled preceded a record-breaking run to start 2020/21. Seven teams have tried and failed to land a telling punch on the leaders.

The identity of those sides is a mitigating factor. None of their opponents have scored more than an average of a goal a game after the opening month; Aberdeen were the only genuine scalp. But Rangers have been utterly sensational in defence. They have allowed seven fewer shots in two more games than Celtic, at a ludicrous rate of just 3.86 per match, and 1.14 on target.

A long pre-season with minimal disruption – particularly in comparison to the situation across the city – has been maximised to emphatic effect.

“Individuals have been doing their jobs and have taken responsibility when they are out there on the pitch,” was the simple explanation from Gerrard. Jon McLaughlin arrived from Hearts in the summer and has deputised excellently for Allan McGregor. Connor Goldson has found ideal partners in both Leon Balogun and Filip Helander. James Tavernier and Borna Barisic marry an attacking threat with solidity and security at full-back that Liverpool themselves might envy.

Gerrard spoke of having “five or six weeks to really drill the team in terms of our shape, our distances and where we need to be” and it has shown. The manager has long eschewed the attacking proclivities of his playing career to build from a foundation of resolute and reliable defending – he and Frank Lampard never will be ideologically compatible – but this season has taken that to a whole new level.

Investment has helped and to ignore that would be foolish, but Ianis Hagi, Kemar Roofe and Cedric Itten’s arrivals for a combined £10m or so were designed to aid and vary an attack that has faltered for too long and rendered any consistency at the other end entirely futile.

This week will provide a considerable test: a trip to Gibraltar to face Lincoln Red Imps on Thursday is followed by a lunchtime visit to second-placed Hibernian on Sunday. The perennial champions await at Parkhead in October but the lack of a real break in the calendar could lend a significant advantage to a team and manager that thrives on momentum and rhythm. Celtic will have to jump through hoops for ten in a row.

But Rangers will ignore the noise. Gerrard, in search of his first league title in football, will ensure that. A relationship that almost gave way to the pressure of expectation a few months ago looks primed to accept and embrace the challenge again.