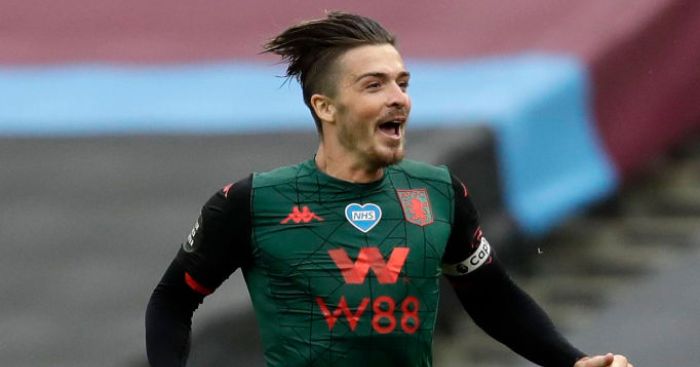 It might be affording Jack Grealish too much credit to suggest he preempted the criticism. He is almost certainly past the stage of caring when it comes from anyone other than his coaches or teammates. But it was the continued use of one particular word that stood out when explaining his decision to commit his future to Aston Villa.

The captain mentioned a private call from Nassef Sawiris and noted discussions with Christian Purslow and Dean Smith – owner, chief executive and manager respectively – before stating in the simplest terms: “It’s just the ambition.”

Yet it was a lack of ambition the dissenters predictably cited, falling over themselves to mock someone for happily donning their army fatigues ahead of another possible relegation battle. The same people who would have worshipped what Matt Le Tissier represented as a one-club hero and romanticised the late career loyalty of Antonio Di Natale quickly questioned Grealish for not desperately wanting to add to his Wikipedia honours list.

Does Jack Grealish's new contract with #AVFC signal admirable loyalty or a lack of ambition? 🤔

Quite what is so disagreeable about the modern concept of a relatively young footballer remaining faithful to the Premier League club that has nurtured, cared for and helped develop them is unknown. But it certainly triggers something in the deep recesses of the minds of rival fans and media types that renders them mere magpies, suddenly obsessed with shiny trinkets instead of the complexities involved.

It feels like a particularly British thing: to cast aspersions from a distance about a player’s motivations, to doubt and deride them if they do not show an insatiable desire to climb the career ladder and join a member of the established elite as soon as possible. It can only be a consequence of their fear of failure, an absence of drive or both.

Those with the temerity to sign a new contract at a club on the outside looking in leave themselves open to all sorts of opprobrium. Harry Kane has long been challenged for not leaving Tottenham to furnish his talent with trophies. Wilfried Zaha openly sought the Crystal Palace exit but still suffered personal accusations of wasting his ability. Grealish falls somewhere in between, describing Villa as his “home” but acknowledging outside interest.

Villa are not foolish. They know he would have spoken to any club that matched his valuation this summer. They and the supporters would not have blamed him. They realise who is reaching in this relationship and which party is currently settling. They hope to get to a stage where they do not have to ignore or excuse Grealish’s wandering eyes much longer, where he can proudly and publicly display them as his equal partner.

Matty Cash, Ollie Watkins and Emiliano Martinez are impressive additions that will help in that regard. Villa are by no means done trying to prove their promises are anything but empty.

And a five-year contract on improved terms with a release clause is as transparent a resolution as possible. Villa protect the value of their most prized asset; Grealish gets more money and avoids tarnishing his reputation with the fans; any uncertain suitor has 12 months to make a more informed decision. Everybody wins.

Not least Grealish himself. To accuse him of lacking ambition is surely to miss the entire point of why most people fell in love with this sport in the first place: someone who has featured for England, played in two cup finals and walked out twice as captain at Wembley – all while representing the boyhood club he kept in the Premier League last season – knows he could hoard silverware elsewhere but sees one moment of tangible glory as patriarch of the “family” he joined at six as more valuable than a sack of winner’s medals as a squad option for a European giant.

He visualised success at Villa. He celebrated goals for them and not Manchester City or United in his back garden as a child. There is no greater or more powerful ambition.