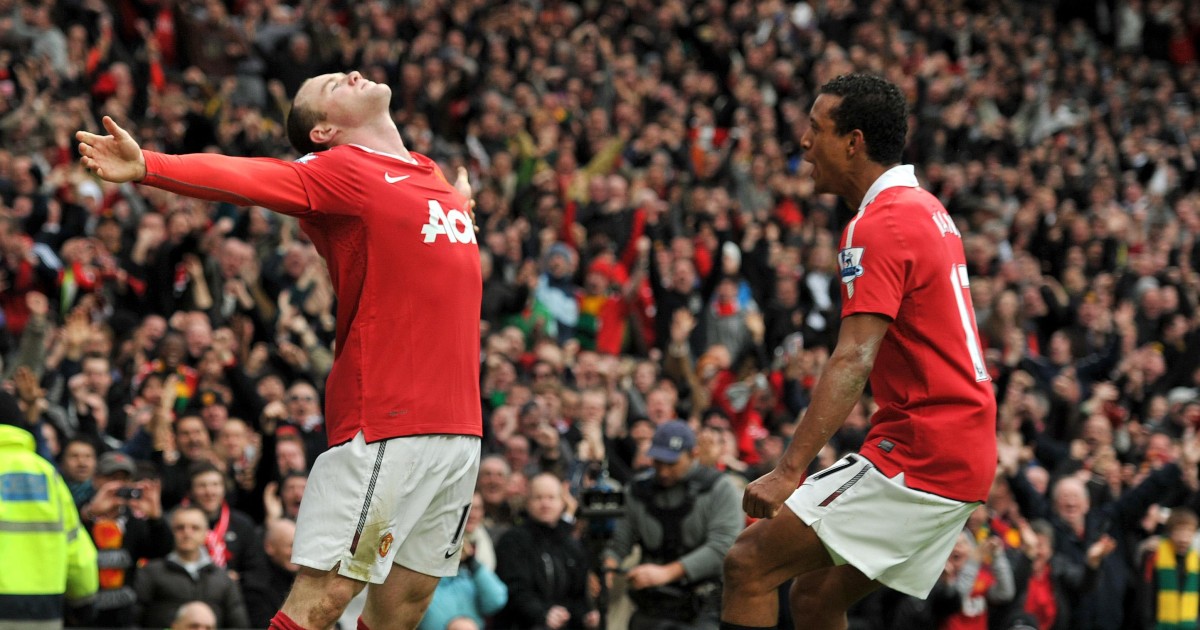 Don’t forget to check out every club’s best Premier League goal from Arsenal to Leicester. Let us begin.

Liverpool – Mo Salah v Manchester City (3/10/21)
It was sodding close between this, Steven Gerrard’s vicious swerving volley against Middlesbrough in April 2005 and pretty much any of the times Luis Suarez and Liverpool mercilessly bullied John Ruddy and Norwich. Perhaps it’s recency bias or just a predilection for solo strikes over long-range stunners. Maybe the standard of opposition and calibre of game has to be taken into account. It might be the otherworldly Curtis Jones assist, or the fact Mo Salah scored essentially the same goal in remarkably similar circumstances – against a fellow Big Six side to put Liverpool 2-1 up at Anfield in a game they would eventually draw. Tottenham were good then but Manchester City are brilliant now and the Egyptian still managed to single-handedly embarrass them.

Manchester City – Georgi Kinkladze v Southampton (16/3/96)
There are a handful of Shaun Wright-Phillips strikes that deserve a mention, while Vincent Kompany can feel hard done by after that goal against Leicester in May 2019. But at least he was rewarded with a Premier League title for his efforts; Georgi Kinkladze was relegated with Manchester City a couple of months after sauntering through Southampton and bringing Dave Beasant to his knees. It’s a cruel world.

Manchester United – Wayne Rooney v Manchester City (12/2/11)
He shinned it. That much is clear. He also had to adjust quickly to Nani’s deflected cross, sticking a bicycle kick in the top corner to win a home derby in the 78th minute and maintain Manchester United’s precarious lead atop the Premier League table. So there is that. David Beckham, Paul Scholes and Eric Cantona will surely understand, although one might struggle to persuade Cristiano Ronaldo that anything other than his strike against Portsmouth – the only free-kick the Portuguese has ever scored – is a worthy winner.

It was 9️⃣ years ago today that @WayneRooney did this. Name a better @premierleague goal. We’ll wait. pic.twitter.com/7p1DwXPW4n

Newcastle – Papiss Cisse v Chelsea (2/5/12)
“It was just an astonishing goal, something really special,” said Alan Pardew, who had not enjoyed an evening so much since he stole everyone’s meals and washed them down with five pitchers of pineapple juice. “I said ‘come on Didier, you have to admire that’ and he just laughed,” the Newcastle manager recalled of a scenario that definitely happened with Chelsea striker Drogba. It was a truly preposterous effort that had just beaten the Blues, Papiss Cisse looping a banana half-volley over the despairing Petr Cech from a baffling angle. The striker later said he “never knew it would fly like that” and all you can do when taking such shots is “hope”. Rarely has luck ever been so captivatingly, gobsmackingly beautiful.

Norwich – Youssef Safri v Newcastle (20/4/05)
With apologies to the Alexander Tettey pearler everyone was expecting to see here, time has forgotten just how stunning Youssef Safri’s only Premier League goal was. Norwich, ensconced in a scrap for survival by late April, needed a result against Newcastle. Minutes were disappearing into the ether as the Magpies held firm. As another Norwich attack broke down, Safri, Craig Fleming and Thomas Helveg traded possession in the hunt for any space to exploit. Safri himself called off the search party, taking one touch with his left to cushion the pass, poking it out of his feet with his right and rattling a 40-yard effort past Shay Given. Had it not hammered the underside of the crossbar, the ball might still be travelling to this day.

Surely he won't shoot from th… 🤯

Youssef Safri smashed this in against Newcastle United #OnThisDay in 2005! ⬇ pic.twitter.com/pss5yKt25p

Southampton – Matt Le Tissier v Newcastle (23/10/93)
This one was tough. Rory Delap is up there for his ferocious acrobatics against Spurs in March 2004. Cuco Martina’s Arsenal stunner in December 2015 takes a place in such a regrettably competitive field. Dani Osvaldo, scorer of a beauty so devilish it caused Vincent Kompany to accidentally headbutt Pablo Zabaleta, described football as “a world full of sh*t” upon his retirement but he had clearly never sat down to watch a Matt Le Tissier compilation. Newcastle had clearly done something to offend the Southampton forward before they came to visit St Mary’s in October 1994, as Le God added two strikes of the highest quality to his collection. The second, a looping volley from outside the area with defenders gathering, was unfortunate to have been preceded by a moment of genius which left at least three opponents considering their life choices.

Tottenham – Erik Edman v Liverpool (16/4/05)
What a view Stephen Kelly had as the only Tottenham outfielder stationed behind Erik Edman when he unleashed his frustration at having the middle name Kenneth. Stephen Warnock presumably thought he had quelled the threat and spared Liverpool by blocking Robbie Keane’s cross from a short corner, with the ball deflecting back towards the halfway line. Edman dropped back, took two touches to set himself and arrowed one straight and true past Jerzy Dudek. The camera angle plays a slight trick on the mind as the viewer expects the ball to lay to rest in the top right corner, yet it carries on going and bounces out of the left. Gareth Bale, Harry Kane and Heung-min Son could argue but there is no point, lads. It’s been officially decided and everything.

🗓 On this day 14 years ago the Swedish defender did something very special 🤯pic.twitter.com/m67mVNf2BK

Watford – Roberto Pereyra v Leicester (20/11/16)
No player has been responsible for more Watford wonder strikes in the Premier League than Roberto Pereyra. The Uruguayan loved a goal against Chelsea almost as much as he enjoyed scoring volleys straight from corners. That time he dribbled through the Huddersfield defence without actually touching the ball was great fun. But his best effort for the Hornets lit up Vicarage Road against Leicester in November 2016. Cutting in from the left-hand side as Danny Drinkwater closed him down, Pereyra created just enough space to curl a shot almost from the right angle of the area past Kasper Schmeichel to stun the champions.

West Ham – Paolo Di Canio v Wimbledon (26/3/00)
Yeah. Pretty much. Marc-Vivien Foe to Trevor Sinclair wide right. Realising this is a scenario where he himself cannot score a bicycle kick, the winger flights a wonderful cross-field ball just over the head of Kenny Cunningham and towards the lurking Paolo Di Canio. The Italian leaps into the air, connects beautifully and fires the ball with equal measures of control and power past Neil Sullivan. As he later wrote in his autobiography, it was a move that required ‘total body control, timing and balance’. And a healthy dose of either confidence or absurdity, if indeed there is a difference when it comes to Di Canio.

Di Canio vs Wimbledon is the greatest Premier League goal ever

Wolves – Alex Rae v Bolton (27/9/03)
If team goals are more your thing then David Jones finishing off an 18-pass move with a lovely controlled half-volley to beat Tottenham in February 2010 is worth a shout. But Alex Rae satisfied our footballing carnal desires with an absolute thwonk for Wolves during their doomed 2003/04 Premier League season. One of the few points they earned that campaign came at the Reebok Stadium when a corner was hooked away only as far as the midfielder, who hit it flush on the volley past Jussi Jaaskelainen. Three things make this goal exceptional: the camera cannot quite keep up; the ball connects so perfectly with the top corner that it rebounds straight back out into the debris of stunned Bolton defenders; and the clearance that Rae duly returned from whence it came was Jay-Jay Okocha’s finest assist.