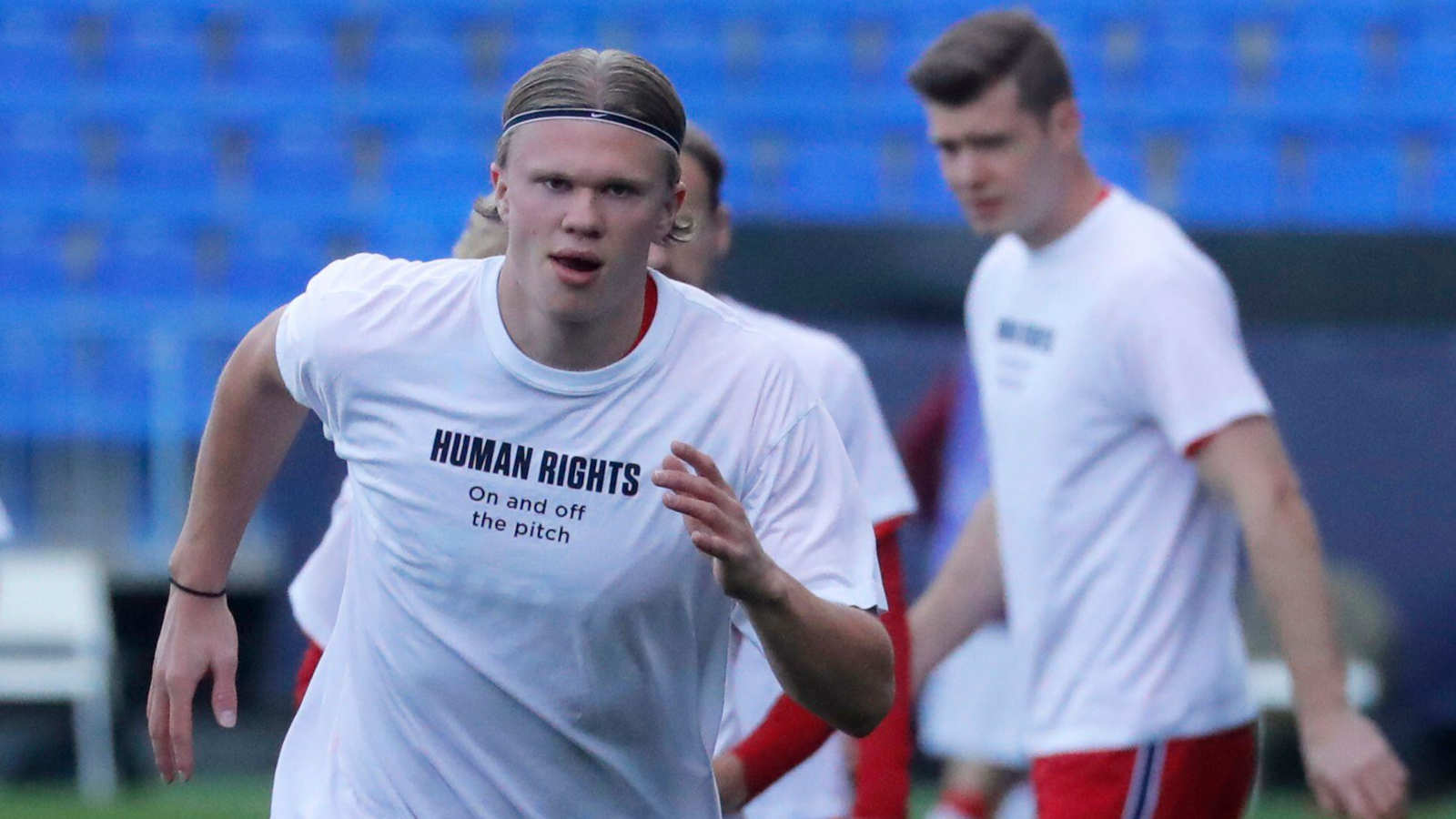 According to some media outlets, the deal is just about done. Erling Braut Haaland, the Ivan Drago of European football, will be a Manchester City player next season, with City having apparently met the €75m (£62m, at current exchange rates) release clause in the 21-year-old striker’s contract with Borussia Dortmund.

The £62m fee under-values the player at current market rates, but this doesn’t mean that Haaland will come cheap. The agent Mino Raiola has to get his cut, and if the quoted wage of £500,000 a week is correct, then City’s financial outlay for his wages alone on a five-year contract will be more than £130m, pushing the overall cost to more than £200m. In the super-heated world of elite football finances, quality does not come cheap.

Everybody already knows what Manchester City will be getting for their money. Haaland is only 21 years old, yet he has already managed just about a goal a game throughout his career, with 82 in 85 for Borussia Dortmund and 15 in 17 for the Norwegian national team. An almost immeasurably strong team will be made even stronger.

Haaland is Norwegian and Norwegian football has been at the forefront of protests against this winter’s World Cup finals being held in Qatar. When Norway played Gibraltar and Turkey in international friendlies in March 2021, for example, their players took to the pitch wearing t-shirts with ‘Human rights on and off the pitch’ emblazoned across them.

Under a threat of being banned from the 2026 World Cup by FIFA, the Norwegian FA eventually voted to continue anyway, but it all ended up somewhat academic; Norway finished in third place in their group and failed even to make the play-offs. The words printed on Haaland’s t-shirt will be ringing pretty empty if he signs for City, but none of this should be surprising; if there’s one lesson that the 21st century should have taught all of us, it’s that the human rights of others usually take a distant second place to someone throwing astronomical amounts of money at you.

And perhaps the Haaland headlines will distract from some of the less favourable headlines that the United Arab Emirates have been making of late, and since Sheikh Mansour, the owner of the Abu Dhabi United Group, is the deputy prime minister of the United Arab Emirates, minister of presidential affairs, the half-brother of the current President of the UAE, Khalifa bin Zayed Al Nahyan, and is married to one of the daughters of Mohammed bin Rashid Al Maktoum, the ruler of Dubai, it probably does warrant a mention.

The UAE’s prevarication over Russia’s invasion and subsequent destruction of Ukraine has led to a reappraisal of where the Emirati sees its future international relationships, with further fault-lines over their normalisation of relationships with noted warmonger President Assad of Syria and their involvement in the war in Yemen. If anything, relations between the countries of the west and of the Middle East seem likely to take a sharp downward turn over the coming years.

The growth in the potential for hostility has also been put under the spotlight by allegations that the British government was targeted by spyware attacks emanating from the UAE in a report by Citizen Lab at the University of Toronto, which claimed that ‘in 2020 and 2021 we observed and notified the government of the United Kingdom of multiple suspected instances of Pegasus spyware infections within official UK networks’ and that the ‘suspected infection at the UK prime minister’s office was associated with a Pegasus operator we link to the UAE.’

The uncomfortable headlines have spread as far as Manchester City, with further allegations having been made by the German news outlet Der Spiegel about the relationship between Abu Dhabi and the club. These include claims that the club liaised with a government agency to fulfil payments to the club owed by a private company under the control of Sheikh Mansour, that they paid transfer fees for under-age players, and that they supplemented the wages of former manager Roberto Mancini by means of a secret consultancy contract.

Manchester City’s biggest opposition in the acquisition of Haaland had been Real Madrid, but it has been reported that they are entirely focussed on seeking to persuade Kylian Mbappe that his future would be better served in Madrid than in Paris. Real have made repeated attempts to prise Mbappe from PSG, including a €50m offer in the January transfer window despite the fact that his contract expires this summer. This offer was rejected, but the transfer merry-go-round seems set to spin at an extremely high velocity.

From an entirely footballing perspective, the deal for Haaland makes perfect sense. Manchester City have been playing without a ‘recognised’ striker all season, though it should be noted that this hasn’t prevented them from scoring 118 goals in all competitions, and Haaland is likely the best fit to complete that particular jigsaw. There are one or two potential clouds on the horizon, not least of which is that he has appeared somewhat injury-prone throughout his short career, and it’s worth pondering how the highly physical Premier League will impact upon this. But the size of the release clause makes Haaland a steal in a world in which clubs will drop nine figures on players such as Jack Grealish.

But it is ultimately difficult to detach this signing from all the sportswashing. Don’t worry about the links to despots like Assad and Putin or the spying on the British government; concentrate on the shiny new footballer instead. There will be plenty on hand to tell us just how great it is ‘for the Premier League’ that such a player as Haaland is coming to these shores, but these takes will overlook that his arrival at this particular club at this particular time may well prove to be a significant milestone on the road to the elimination of competitive balance within the league. Manchester City’s thinking on the subject might well be, appropriately enough, that ‘if it dies, it dies’.