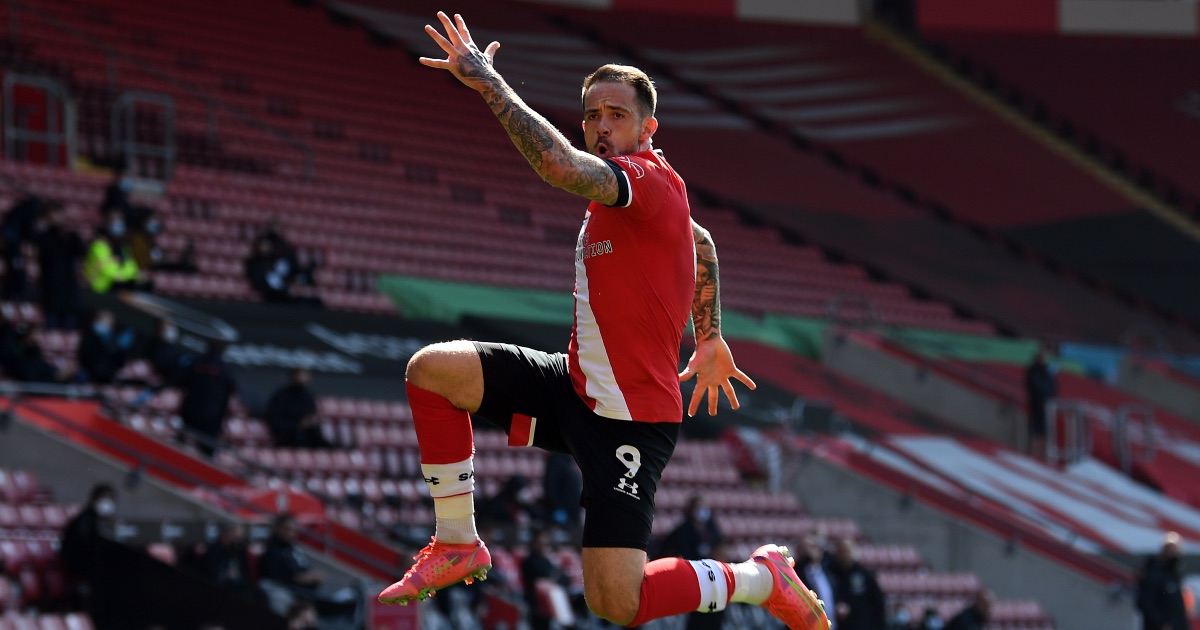 “With these prices, we are not going to buy any striker. It’s impossible, we can’t afford it. That is not going to happen. All the clubs struggle financially, and we are not an exception.”

Pep Guardiola has deflated Manchester City fans’ hopes of a big-money striker signing this summer folowing the departure of the club’s greatest every goalscorer, claiming they are unlikely to move for anyone at all to replace Sergio Aguero, let alone Erling Haaland.

But while the effectiveness of their actual No.9 this season, as well as the false ones, has made the thought of not replacing Aguero somewhat less negligent, going into next season with one out-and-out striker would be a daft move. Particularly when there’s an excellent, proven Premier League goalscorer available on the cheap; desperate to prove his quality at the highest level.

Danny Ings returned to inspire Southampton to a brilliantly bonkers 3-2 comeback win over Burnley on Sunday, in which the ball seemed to spend no time at all in the middle of the pitch, with both goals peppered on a ludicrously regular basis.

2-0 down after 28 minutes, Ings’ beautifully deft touch set up Stuart Armstrong, before he combined pace, power, composure and skill to score the second.

Ben Mee was left in Ings’ wake as he latched on to a ball forward by Ryan Bertrand, his dummy and chop inside sat James Tarkowski on his arse in the box before he delicately slipped the ball through Nick Pope’s legs. We’re not saying a number of Manchester City players couldn’t have done the same, quite the opposite, they could; that’s the point – Ings is at their level.

His assist – a wonderfuly simple but effective touch around the corner – could easily be mistaken for any number of balls Ilkay Gundogan has strode on to to such devastating effect under Guardiola this season.

And Nathan Redmond’s excellent volleyed winner came about after a tight dribble by Ings on the edge of the box and a stinging shot, parried brilliantly by Pope.

Southampton would undoubtedly have lost this game without him – he was comfortably the most accomplished player on the pitch.

Ralph Hasenhuttl has admitted an approach from City would create “an interesting situation” for Ings, who has one year left on his current Saints deal. But the Austrian boss says he does “not see the scenario” staring every one else in the face: If Pep Guardiola wants Ings, he will leave the club.

The former Liverpool man has opened up on how much it “hurt” to leave Anfield and how remaining on the bench for the Champions League final strengthened his desire to get back to that level. He deserves huge credit for taking a step down to play football and even more for not resting on his laurels and instead seeing that move as a step back to move forward once again.

Ian Wright has said Ings “could get 25 goals in that City team at a canter”. In reality, even if he were to join City, he would be unlikely to play enough games in a season to score so many, but there are few players more deserving of the chance to do so.

Signing guaranteed goals at a price that would be considered ‘worth a punt’ even without such a promise is an absolute no-brainer.