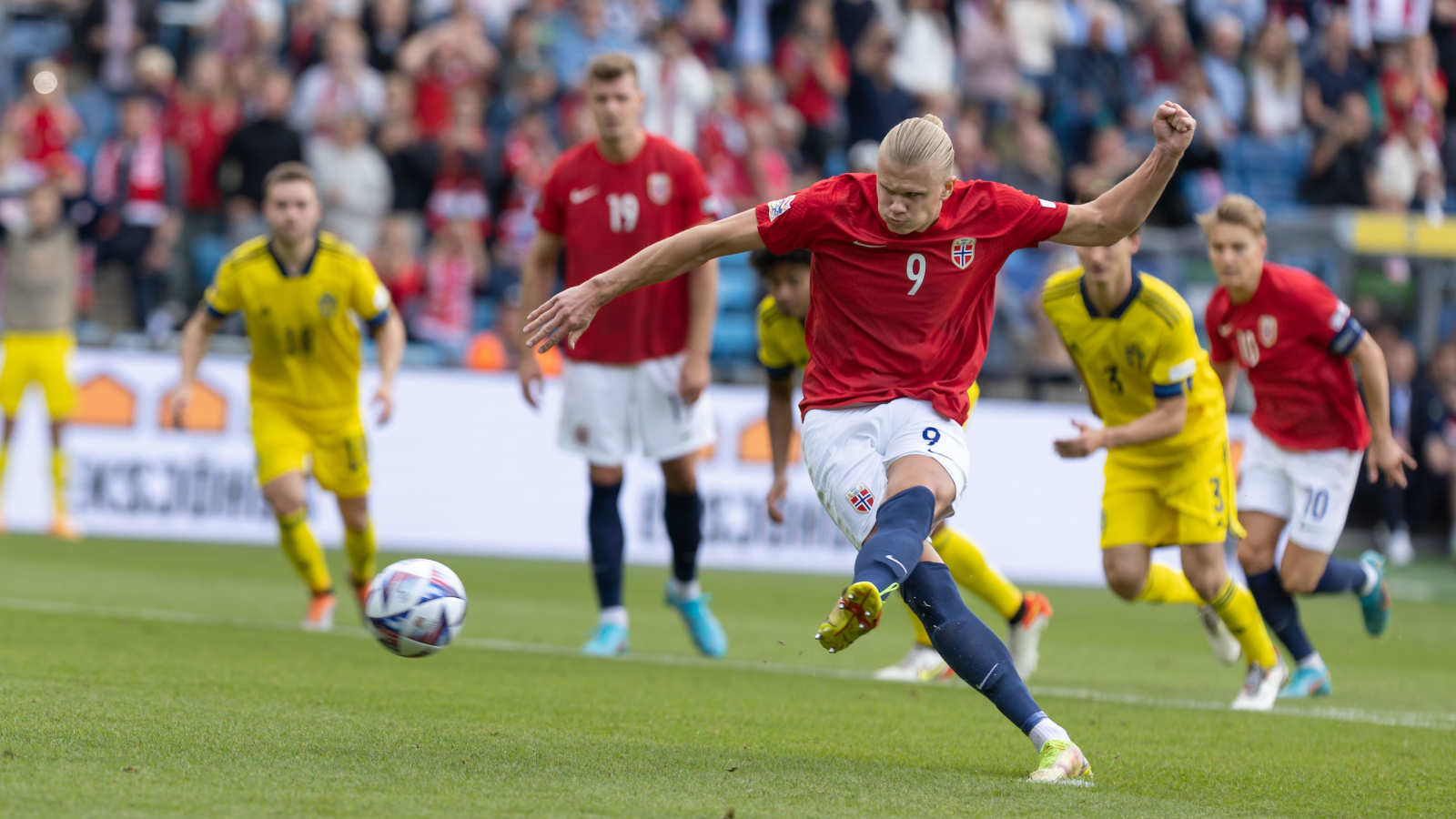 Haaland at Manchester City v Nunez at Liverpool might be all we hear for the next ten years, but these two players have been signed for their ability, rather than status.

It wasn’t quite what I was expecting, but then again, what I was expecting was for a spaceship to land in the centre circle at The Etihad Stadium and, amid plumes of white smoke and the music from Close Encounters of the Third Kind, Ivan Drago to slowly roll forward, smiling serenely and waving in a regal manner as a thousand camera flashes exploded at once. Who knows? Perhaps they’ll do this on July 1, when the European transfer window dictates he can complete the paperwork and actually become a Manchester City player.

Instead, what we got was an announcement for the social media age, and a play of the ‘family’ angle. Photos of little Erling in a City shirt when his old man played for them in the early 2000s from the player and a recreated video of him sitting on a chair in full kit, alongside one of him as a teenager from the club. It was a low-key welcome for a new player with such a reputation, because while meeting his contractual release clause means that Haaland won’t be the most expensive transfer of the summer, he is the first to feel like a ‘Hollywood’ signing. The best young centre-forward in the world, a player who’s scored three goals in every four games throughout his career, is joining the champions.

And Liverpool have followed suit, spending €75m (£64m), rising to a potential €100m with add-ons, to sign Darwin Nunez from Benfica, another striker on a hot streak, having scored 26 goals in 28 games in the Primeira Liga last season to become the top scorer in the division despite only playing three-quarters of Benfica’s league matches. Nunez isn’t quite at the same level of celebrity as Haaland, but this is offset in the banter stakes by Liverpool having spent more money on Nunez than City spent on Haaland. The media is already hyping up this ‘rivalry’. What we may be witnessing right now is the introduction to the soundtrack of the Premier League over the next ten years.

But for all the hype that has already started to explode, there is also something counter-intuitive about these two clubs both going for ‘Hollywood’ signings. If anything, Manchester City and Liverpool have become the antithesis to the cult of celebrity in football. There are no ‘star’ players at either club. What both have is an exceptional group of athletes who are perfectly combined and conditioned to perform at their very best.

The tipping point in terms of Liverpool building upon the early improvement shown under Jurgen Klopp was not the arrival of a new striker in a blaze of glory, but the signing of Alisson Becker, a goalkeeper whose shot-stopping was matched by his exceptional delivery of the ball, which complemented Klopp’s high-pressure, high-intensity football. Manchester City won the Premier League last season having opted not to replace Sergio Aguero when he decamped to Barcelona last summer. Making a big splash for a shiny new striker became a little gauche in this brave new world of football teams as finely oiled machines and players as components. Let the chumps get on with making a big fuss; we’ll just get on with the business of winning everything.

Except, of course, Pep Guardiola and Jurgen Klopp both know that you still need excellent forward players. That high press can’t start in the middle third of the pitch. Whether these signings count as ‘Hollywood’ signings depends on how we’re defining that particular phrase. If a ‘Hollywood’ signing is any first-rate player (preferably a striker), then fair enough. But the implication of this phrase is that there is no substance behind this veneer. Now, there may be cases to be made why either of these players may or may not work out for their new clubs, but it seems a reasonable assumption that they have been chosen for reasons of ability rather than celebrity.

It’s not difficult to see how this could be misinterpreted by other clubs – especially at a time when football transfers can feel like a strange, self-contained arms race – as an act of escalation. But there’s a problem with them following Manchester City and Liverpool down the enticing line of spending a vast amount of money on a shiny new striker, which is that these two clubs have already pretty much nailed everything else and both need an attacking refresh.

City still needed a long-term replacement for Aguero, while Liverpool need a changing of the attacking guard, with Sadio Mane, Roberto Firmino and Mo Salah now carrying an average age of over 30, and Mane’s future at Anfield for next season remaining far from certain. These signings are categorically not two football clubs throwing money around like it’s confetti. One or even both of them could fail – that’s always a possibility – but that won’t be on the basis of the information at the disposal of the clubs that signed them at the time that they did. Hindsight always has 20/20 vision, but in the real world, things aren’t always quite as certain.

Manchester City and Liverpool can spend this money on these players because they’ve done the groundwork and built winning teams in the first place.  There are other big clubs – Chelsea, Arsenal and Spurs – who could probably do with a new forward too, but they – and others, one or two of whom may have something of a reputation for throwing large amounts of money at players without apparently thinking through anything beyond the ‘statement’ they’re making by doing so – should be watching these two clubs for hints and tips on how to conduct their transfer business. The message for clubs intending to build or rebuild is clear. Yes, goals are important, but picking the right players across all positions is also important, and Manchester City and Liverpool are at the point at which these tiny incremental decisions can cost tens of millions of pounds. Those seeking to emulate have a lot of work to do before they’re at that level.