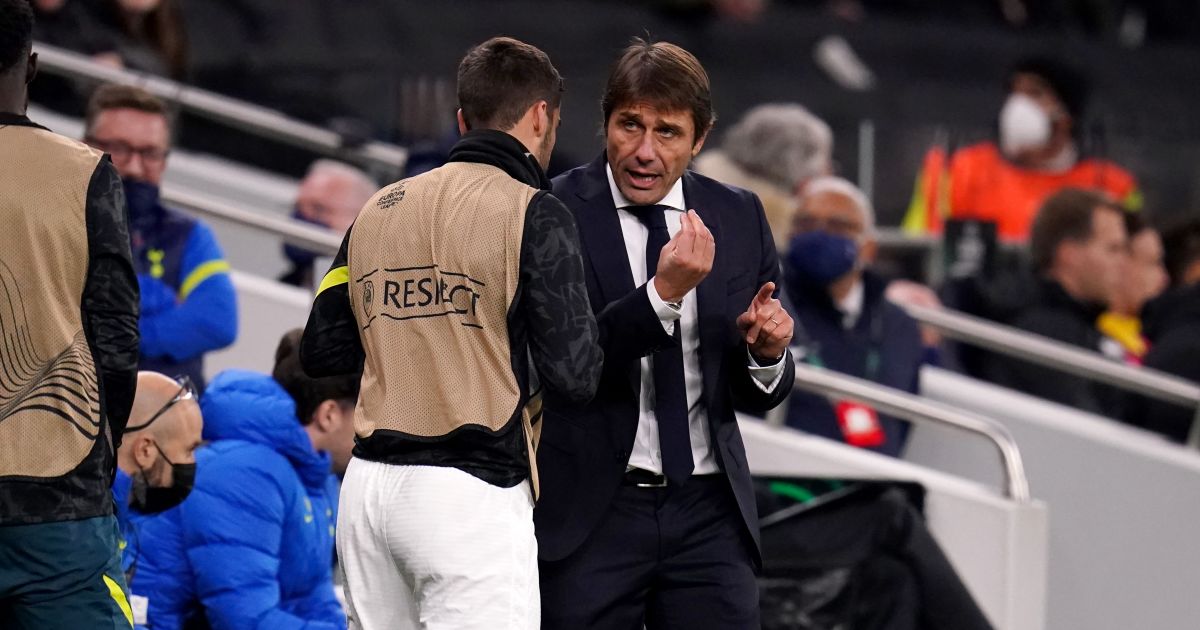 There’s a widespread belief that Antonio Conte’s (still frankly astonishing) arrival at Tottenham will bring Harry Kane back to life. That the presence of an elite manager will soothe the ego of a player with all the attributes and all the personal stats for such exalted status but none of the silverware. He has already started to emerge from his mayonnaise-induced stupor to help himself to seven goals for England this week; who knows what he’s got in store for Leeds and their famously Albania-esque defence this weekend once the very last of the sense-deadening, pace-sapping ketchup has worked its way out of his system?

But there is a second Harry at Spurs. Lower profile, lower maintenance and, let’s be real here, not quite as good.

Yet Conte’s arrival could mean just as much for Harry Winks as it does for Harry Kane.

It’s been so long since Spurs had a manager who actually utilises the midfield as a means of progressing the ball up the pitch rather than just an extra screen for struggling defenders that it’s easy to forget just how good Winks was at times under Mauricio Pochettino. His struggles to get game time during the best of the Poch years owed more to Mousa Dembele and Victor Wanyama than any failing on his part.

He is a limited midfielder with a specific set of skills, but he is a neat and crisp passer who excels in the kind of snappy patterns Conte will want to employ. With three central defenders, the need for two midfielders running around making tackles and disrupting play is reduced, and Winks’ greater ability to move things forward might be crucial at least in the run-up to January when new players can be sourced.

It’s not exactly to Winks’ credit, because at 25 he is no longer a young prospect and should probably have kicked on a bit from this stage no matter how dysfunctional the environment at Spurs, but he is a player who responds well to a very clearly defined role and clear set of instructions. Under those conditions he was often really quite excellent under Pochettino, most notably in a 1-1 Champions League draw at Real Madrid in which he found himself in midfield combat with Luka Modric, Casemiro and Toni Kroos with only Moussa Sissoko for company and yet more than held his own.

That same fondness for structure and clarity is probably behind some of his better England performances and he has often looked ideally suited to the slightly slower, less fluid international game. We came very close to including him somewhere near the foot of the latest England ladder but decided that was just too much of a punt for a player with just one Premier League start this season.

But come March there’s every reason to think he could well be in there and maybe even as high as 43 or 42 if he really smashes it. The end of this international break is also significant because, newsflash, Winks was not involved. That’s meant two precious weeks to learn from and impress Conte in a relatively small first-team group. It’s a privilege Spurs’ incumbent central midfielders, Oliver Skipp and Pierre-Emile Hojbjerg, have not enjoyed.

If Winks has embraced the undoubted challenge of Conteball and specifically training (an aside here – imagine if Tanguy Ndombele has done so, that really could be something) then it could be a huge advantage for him.

This is a slightly different experience for Conte too; taking over a side mid-season is not his style. This last fortnight is the closest thing he’ll get to a pre-season and those players involved could benefit hugely.

Everything we know from Conte’s previous successes at Chelsea and Inter in particular is that he might take a few weeks to tinker around the edges and really zone in on what specific variation of his tactics and methods will work best with the resources he has available. He generally comes up with the correct answer pretty quickly and sticks with it.

The two games – Vitesse in the Europa Conference and Everton in the league – that came before the international break were on Conte too quickly for him to do much beyond impose his three-man defence on the existing starting XI. It was the right way to go and contained plenty of round pegs in round holes anyway. One notable flaw, though, especially against Everton, in a team looking to play through rather than over and around its midfield was the number of times moves broke down altogether or at least had the life sapped from them when coming in contact with a Hojbjerg-Skipp axis built more for destruction than creation.

With the advantage over all other contenders of those precious 10 days of training during the international break, Winks might just emerge as one of Conte’s early solutions.