Home F365 Says Has Cristiano Ronaldo damaged his brand with his own hubris this time? 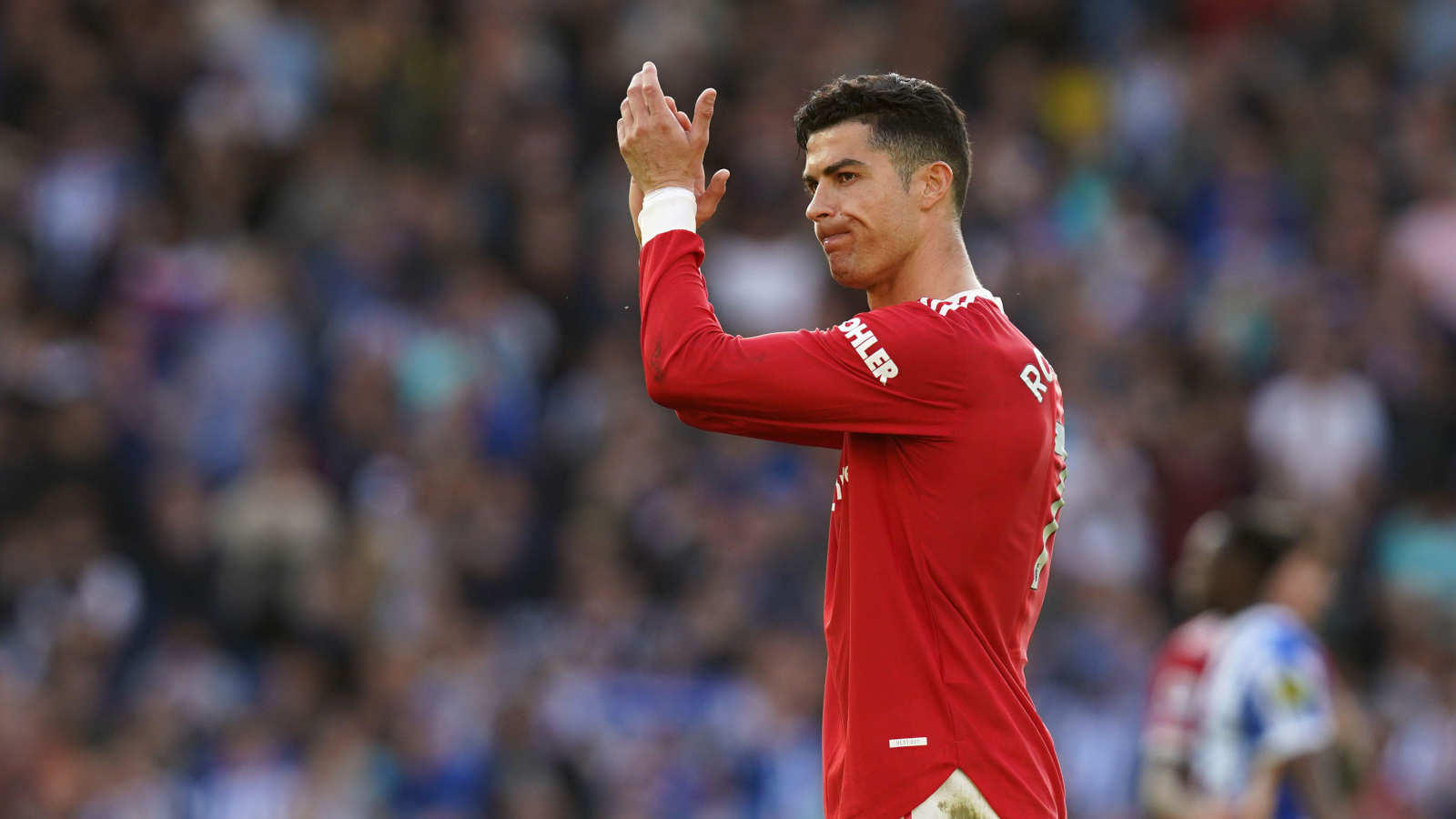 Has hubris finally caught up with Cristiano Ronaldo? Because his desire for UCL football seems incompatible with what he can offer a club.

Somehow, you just get the feeling that in his head, it wasn’t meant to look like this.

Cristiano Ronaldo is all about the mythology building. It’s explicit in that relentless demand for betterment and in the endless chase for records and trophies. This has always been a player who’s given the impression of having one eye on his legacy. He never just wanted to be the greatest. He gave every impression of wanting to be the greatest of all-time.

All that ‘GOAT’ stuff that clogs every mention of him on social media? It’s difficult not to imagine him scrolling through it all, curling his lip slightly, and nodding his head in quiet agreement with it all.

But real life and the passage of time don’t necessarily run according to the structure of a Hallmark Movie, and so it is that the chapter of his autobiography that tackles the end of his playing career has already taken a plot twist that might prove difficult for him to extricate himself from.

If he harboured ambitions of single-handedly dragging United to winning the Champions League through sheer strength of will last season, that ambition floundered and eventually foundered at the first knockout stage against Atletico Madrid.

If he harboured ambitions of single-handedly dragging United to the top of the Premier League through sheer strength of will last season, that ambition floundered and eventually foundered by the middle of the autumn, as Manchester City and Liverpool pulled clear at the top of the table.

If he harboured ambitions of single-handedly dragging United to the FA Cup through sheer strength of will last season, that floundered and eventually foundered in a Fourth Round penalty shootout against Middlesbrough.

If he harboured ambitions of single-handedly dragging United to the Carabao Cu- well, you get the picture.

All of which leaves qualification for the following season’s Champions League, but if Ronaldo harboured ambitions of single-handedly dragging United into the following season’s competition through sheer strength of will last season, that collapsed as the season reached its final stages. But this only really begs the question that is at the heart of his summer machinations.

If he was so certain that Old Trafford in the Europa League was beneath him, why was it not until the start of July that it became clear that this was his desire? Why was this not prepared for from, say, the start of the year? Or at the very end of last season, when there might have been an opportunity to mask the sluggish end to their season with some sort of mawkish farewell ceremony? Would United have objected to this? Probably not, if it could be commercialised.

Because when we consider all of the above, it’s difficult to avoid the conclusion that on this occasion, his hubris has got the better of him.

The decision to leave Manchester United was fuelled by a desire to keep playing in the tournament that has defined him as a player, and in one sense that is understandable.

But there was another level, upon which it didn’t make any sense whatsoever. If Ronaldo simply wanted to keep playing in the Champions League this season, well, that probably wouldn’t be difficult to achieve. The 2022/23 iteration of the competition features 78 clubs, some of whom have already started their involvement in it.

But we all know that this isn’t and never was the ambition. The ambition is to win that tournament one last time, and this dramatically reduces the options at his disposal. Linfield, Slovan Bratislava or Lech Poznan, say, probably wouldn’t have been difficult to persuade find a space for him in their teams, providing they could afford his wages. But European club football isn’t a level playing field, and the number of clubs with a realistic chance of actually winning the Champions League has been diminishing for years.

His agent, Jorge Mendes, has been reduced to emphasising that his client will accept a 30% pay cut in order to chase his dreams that one last time, but again there’s a problem. The clubs with a realistic chance of winning the Champions League next season – of which there may realistically only be six or seven – don’t need to be tempted by a pay cut, if they considered him to be worth taking a punt on.

The grim truth that he has to face up to is that the clubs that he considers to be his natural homes have moved on.

It’s become such a cliché that it almost doesn’t need to be said, but the truth remains that modern football teams depend on a high and intensive press that starts from the front, and at 37 years of age Ronaldo either cannot or will not offer this, with the goals that he does offer not being enough to mitigate.

And a 30% pay cut from £500,000 a week is still £350,000 a week, which is beyond the reach of the vast majority of clubs before anything else is even taken into consideration. Perhaps any club offering Ronaldo a contract would be able to recoup that money through successfully monetising his arrival, but it seems unlikely that such a club would be one with a realistic chance of winning the Champions League in the first place.

And all of this leaves the player in an embarrassing bind. There was no rush for his signature at the start of July, and it’s impossible to spin the slow procession of clubs confirming their lack of interest in him in a positive way.

His remaining options have narrowed in a way that he presumably would have considered impossible just three weeks ago.

At this stage, the face-saving option may be a return to Portugal, where at least it could all be spun as a homecoming, of sorts. But there seems little evidence to suggest that Porto, Sporting or Benfica, the three Portuguese Champions League qualifiers for the coming season, would be interested in taking Ronaldo on, and other than that the most likely destinations for him at this point in time would seem to be coming from the USA, Saudi Arabia, or other leagues that would be considered an obvious step down or, to use a vaguely condescending football term, a ‘retirement league.’

The other get-out would be to see this season out with Manchester United, but even that looks increasingly untenable as time passes. The jury remains out on their prospects for the coming season, but they’ve a reasonably successful pre-season tour and there have been signs that a little life could be returning to cheeks with the appointment of Erik ten Hag. But as ever, there are more questions than answers.

If Manchester United could only manage their worst season since the formation of the Premier League with him leading their attack last time around, what is the realistic prospect that he can just be integrated back into the team without causing the sort of friction within the playing squad that has been so damaging to the club in recent years?

If that was his only – or most – viable option for the coming season, how might he react to being a bit-part player?

It’s difficult to avoid the conclusion that Ronaldo has talked himself into a corner from which he can’t escape without having to swallow a huge slice of humble pie. And perhaps it’s right and proper that this should happen.

Hallmark movies tend to end with a moral message for the viewer, and perhaps the most important message to take from this entire saga is that time catches up with everybody eventually, and that there is considerably more dignity to be found in adapting to one’s changing place in the world than from trying to halt the onward march of time while you’re still on top of it.

With six weeks of the transfer window still to go, there remains a possibility that he ultimately will end up getting what he wants. After all, this has been the one constant theme of his adult life, so it would be churlish to dismiss that possibility altogether. But his range of options is at best narrowing, and may have never even existed in the first place.

This isn’t how a story like this is supposed to end.