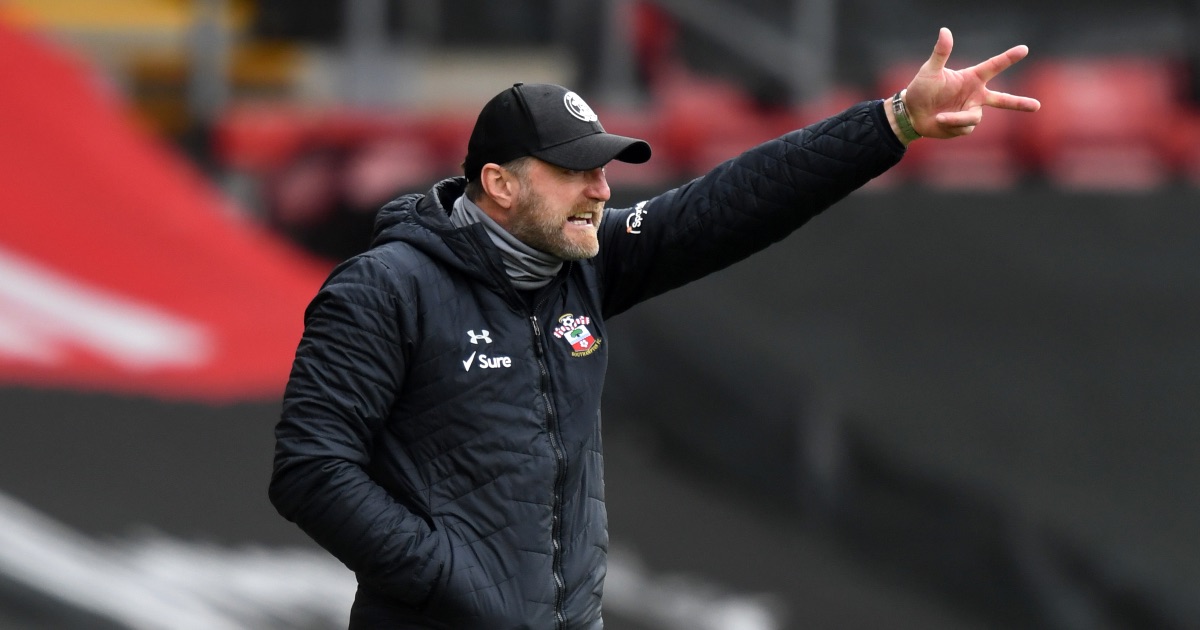 “We said we wanted to concentrate a little bit more this season on the FA Cup and we picked the strongest team in every round so far,” Ralph Hasenhuttl said ahead of kick-off on Saturday.

It’s been a policy that’s paid dividends as Southampton saw off weakened Arsenal and Wolves sides in the fourth and fifth round respectively – bizarrely directly before they played each of those sides in the Premier League.

The Saints lost both league games on a cup hangover, but now find themselves in the draw for the semi-finals after easing past Bournemouth; the envy of Arsenal, Wolves and their managers among many others, who prioritised what has turned out to be a meaningless three Premier League points over a cup run and the chance of silverware.

MAILBOX: Would any Premier League team swap for Solskjaer?

Arteta rested Bukayo Saka, Alexandre Lacazette, Emile Smith Rowe and Thomas Partey before they returned in the Premier League, while Nuno made six changes to his Wolves side. But what was the point? Nuno may claim relegation was a possibility at one stage, but they’ve never been in more danger than Southampton, who sit two points below them but made the calculated call to target glory at a slight risk to their Premier League security.

An FA Cup win – beyond being brilliant because it’s an FA Cup win – breeds goodwill, patience and goes a long way to curing the ills of a below par league campaign, as Mikel Arteta discovered last season.

No matter what happens in the rest of the campaign, this will have been one to forget for Nuno Espirito Santo and Wolves, as it will be for Arsenal should they not go all the way in the Europa League. But for Southampton, a poor season could turn into the most memorable since 1976, thanks to Hasenhuttl’s FA Cup stance.

They cruised past Bournemouth on Saturday, with Nathan Redmond running riot at the Vitality Stadium.

Steve Cook and Cameron Carter-Vickers in the heart of the Cherries defence did not enjoy their test against Premier League opposition. Redmond, Moussa Djenepo, Stuart Armstrong and Che Adams were too quick, too skillful, too clever and too powerful. Whether they were running at them, through them or off them, Bournemouth couldn’t cope.

Djenepo put what Glenn Hoddle delightfully termed as “swaz” on a perfectly weighted Redmond through ball to beat Asmir Begovic to score the opener, before the assist-maker produced two quite brilliant finishes to wrap up the victory for Hasenhuttl’s side: the first a Michael Owen vs Argentina-esque clip into the far corner after a dazzling dribble that put Cook on his backside; the second a pinpoint drilled finish after Armstrong’s effort had come back off the post.

Southampton had two further goals ruled out for marginal offsides and plenty of further opportunities to get more bang for their buck. It was a performance – similar to those we’ve seen throughout their cup run – that makes their league form all the more bemusing: they were all excellent.

But – assuming they do collect enough points in their remaining Premier League games – this is how they’d rather it: saving their best performances for a competition they have a genuine chance of winning rather than finishing a place or two higher in the league.