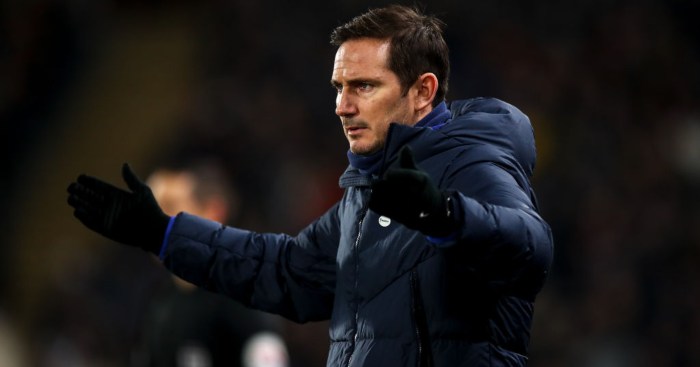 The £70million signing of Kai Havertz – the seventh acquisition of a remarkable Chelsea summer – leaves Frank Lampard with no excuses next season: he must lead a challenge for the Premier League title.

Expectations were at a Roman Abramovich era low in the summer of 2019. An Eden Hazard-less, transfer ban-hampered, academy-driven side didn’t need to do much for their legendary manager’s first season to be deemed a success. And it was: a fourth-placed Premier League finish meant the Stamford Bridge conveyor belt would – for the time being – be reserved only for players.

Not since the 2004-05 season, when Jose Mourinho signed Didier Drogba, Ricardo Carvalho, Arjen Robben and Petr Cech, have Chelsea won the transfer window so dramatically. And those players, although they all turned out to be world-beaters, were at the time seen as high-risk compared to those Lampard has persuaded to join. His is now arguably the best squad in the Premier League: one that therefore has to challenge Liverpool and Manchester City.

Chelsea are the buyers in a sellers’ market. With their head remaining above water through an embargoed season, they now bob lonely but happily on the surface while other European powerhouses struggle for breath. Four players – Havertz, Timo Werner, Hakim Ziyech and Ben Chilwell – bought from four of Europe’s most upwardly mobile clubs, and Thiago Silva, pinched for free from a fellow juggernaut soon to find out just how important he was. It’s been near perfect business.

Chelsea do still have one blindingly obvious problem area: the goalkeeper. Cech believes Kepa Arrizabalaga deserves another chance, and Kepa himself has said he wants to stay at Stamford Bridge and fight for his place. He would be daft to want to leave right now.

Abramovich gave Marina Granovskaia the green light to spend a further £150million on top of the deals for Werner and Ziyech. Having spent £50million on Chilwell and a further £70million on Havertz, they have £30million left for a new goalkeeper – the exact amount Rennes want for Edouard Mendy. Lampard does have the option to replace Kepa; if he chooses not to, on his head be it.

There will still be one predictable excuse, perhaps not from Lampard, who himself didn’t labour on the Chelsea caveats too much last season. But the time to bed in argument will be used, particularly by his apologists.

But that same mitigation was also valid for Mourinho in 2004-05, more so considering it was his first season as well as for the multitude of players he brought in. The Portuguese boss admittedly didn’t have as much ground to make up – Claudio Ranieri had led Chelsea to second place the season before – but there is at least one other parallel.

Mourinho, like Lampard now, was also faced with two dominant forces to contend with in the fight for Premier League superiority. Chelsea won’t brush Liverpool and Manchester City aside as they did Manchester United and Arsenal back then, but the memory of that season – which should be as clear as day to Lampard himself – goes to show that a number of new players can settle quickly if the right atmosphere is created.

The toughest task in creating a dynamic, positive environment will be in ensuring Chelsea’s current players don’t feel marginalised by the new arrivals. The likes of Mason Mount, Tammy Abraham, Ruben Loftus-Cheek and Callum Hudson-Odoi have all seen direct competition bought in their positions, purchases that are assumed to immediately supersede them.

Competition is just as likely to breed fractiousness as it is improvement, and Lampard needs to build on what his young English players have done so impressively. He has to resist the temptation to completely ignore those foundations. Lampard himself was given no assurances over his place in the side when millions were spent on foreign players, and guarantees should not be given to this crop of talent that sustained Chelsea and appeased the fans last season. All they and the supporters will ask is that he continues to select the team on merit; there’s no reason to suggest he won’t.

Pep Guardiola says the biggest challenge of being an elite manager is keeping the players happy. And that will be an incredibly fine balancing act for Lampard. But this is what it’s about, one of few parts of management that sorts the good leaders from the great ones. We’re about to find out to which camp Lampard belongs.

Chelsea have now built close to a foolproof squad: if Lampard can’t win the title with them, someone else will.