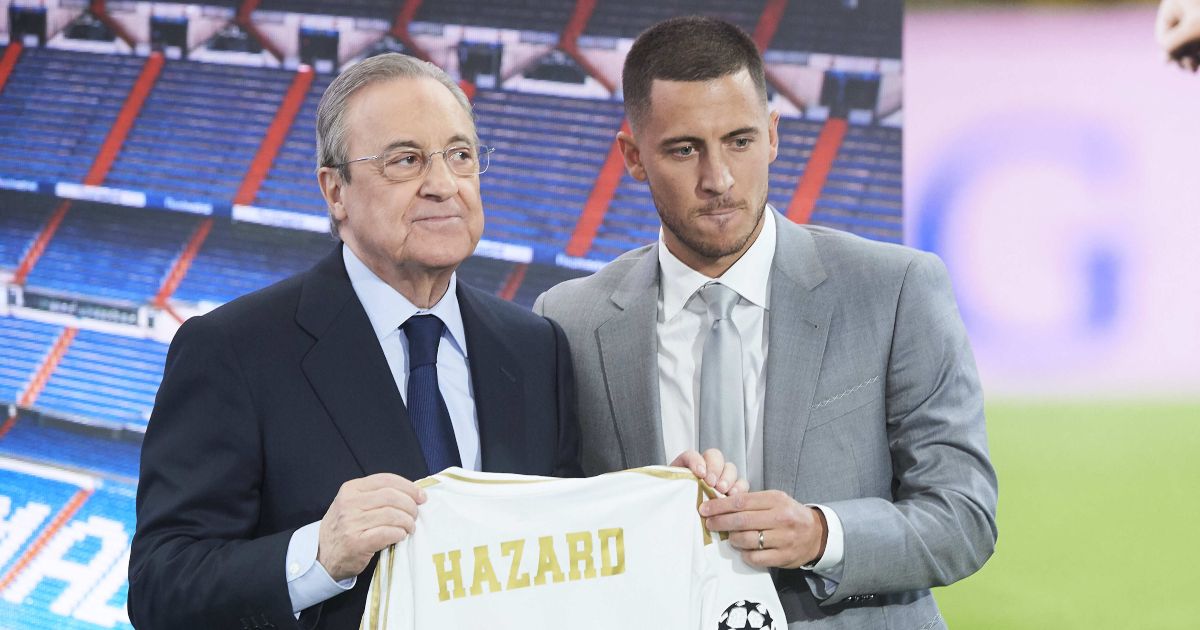 Eden Hazard gave Florentino Perez a perfect escape route in the aftermath of an insipid Real Madrid performance. The president is the problem.

When the lights came down and the music started, El Chiringuito presenter Josep Pedrerol took a deep breath and frowned. It was the aftermath of Real Madrid’s Champions League semi-final exit at the hands of Chelsea on Wednesday night, and he needed to rant about it.

His target was, naturally, Eden Hazard.

Straight after the final whistle, Hazard, who moved to Madrid from the Blues in 2019 for a sum that could rise to £130million, was seen on the pitch laughing and joking with his former teammates. It wasn’t a good look given he had just contributed to one of the most toothless and ineffectual performances seen from Los Blancos in the competition for years, but neither was it deserving of a spoilt and calculated tirade by a section of the Spanish media not exactly known for well thought out and balanced coverage. Hazard is, at best, a symptom of the club’s recent troubles. The funniest thing is that Pedrerol had the root cause on his show not three weeks ago, but spent his time indulging Florentino Perez’s typically selfish, flawed and ultimately failed plans for a European Super League without a hint of a challenge.

The truth of the matter is that Pedrerol must have rubbed his hands with glee when he saw the shots of the care-free Belgian in fits of laughter. They allowed him, and the rest of the media who take a similar approach to amplifying a certain view of Real Madrid and those who run the club, to ignore the real reason for such humiliation in favour of a viral clip and faux outrage over something which matters very little.

Perez has overseen a disastrous decline, the reasons for which almost exclusively rest at his door, but his name was scarcely mentioned anywhere as Hazard was lambasted across the country. He has just been elected as president for another four years, too. His popularity – which may not quite be as high after the Super League debacle – is indicative of the fact he has more or less avoided criticism for much of his second reign.

History is repeating itself. Perez was elected the first time around on a mandate to sign the very biggest and best names football had to offer; to prove it, his first promise was to prise Luis Figo from Barcelona in 2000. That deal, the first of five world-record breaking moves under his watch, is still his most controversial. Not only did it show his propensity for getting what he wanted, but also at whatever cost and with very little regard for his rivals. His latest actions, driving the Super League and even framing it as the saviour of football, prove that is still very much his purpose. Zinedine Zidane, the current Madrid coach, Ronaldo and David Beckham all followed as part of his ‘Galactico’ project: buying and marketing one world-class player every year in the hope it would bring success.

One Champions League and one league title hardly represented value, and though nobody could deny the team’s iconic status, the downfall came when splits in the dressing room, the lack of trust in a high-profile coach to guide the team and the fact the squad effectively aged together developed problems for Perez. There was very little substance behind the style and he resigned in 2006. Three years later, he returned and tried again: Cristiano Ronaldo, Kaka, Gareth Bale and most recently Hazard have shown he can still sign top players, and more trust in coaches like Jose Mourinho, Carlo Ancelotti and currently Zidane has resulted in more sustained success, particularly in Europe.

But squad age has again proven a difficult obstacle. Ronaldo, their second one, departed in 2018 as their record goalscorer aged 33; Sergio Ramos, captain, is 35, Karim Benzema is 33, Luka Modric is 35, Toni Kroos is 31 and Hazard, the man expected to carry the team into a new era, is 30. Injuries have pushed him past his peak and robbed him of the chance to make any sort of impact after a dream move. But weight gain and questions over his attitude in training have not rendered him completely blameless.

Young players, like Vinicius Junior and Rodrygo, have not yet stepped up to the plate. Luka Jovic and Martin Odegaard are not the answer either. 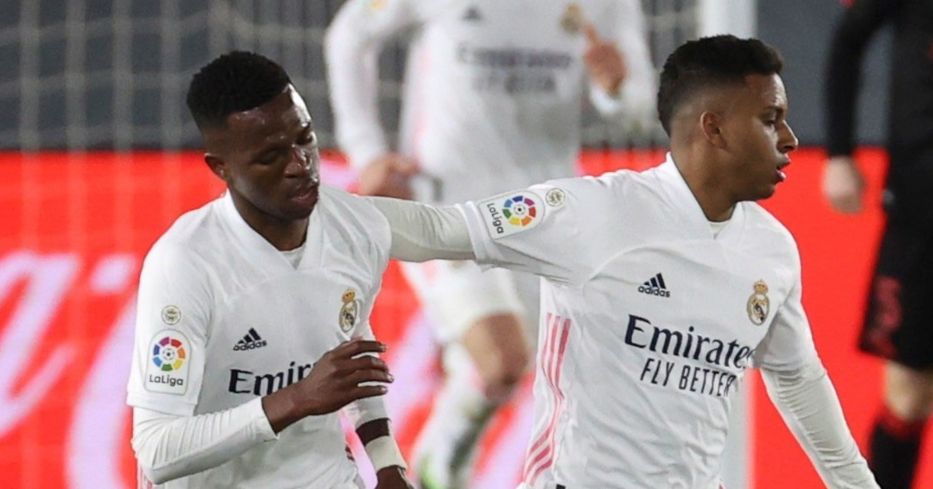 Perez will revert to type and try to solve the problems the only way he knows how: by targeting the newest superstar. Kylian Mbappe is his most desired jewel, and he has also held talks with Erling Haaland’s father and agent. But the greatest weapon in his arsenal is no longer applicable. Madrid have long been the most marketable and richest club on the planet, but the face of football is changing. While they are dealing with mounting debts, they are being outbid by the likes of Manchester City and Paris Saint-Germain. The Super League is, at its core, a ploy to reinstate themselves as a financial powerhouse. Perez admitted himself that signing the likes of Mbappe and Haaland becomes more difficult without its inception.

So with no Super League and no ability to blow every selling club out of the water, what is Perez’s appeal? His business model and painstaking arrogance and contempt have run Real Madrid into a dead end. But as long as the likes of Pedrerol focus on fairly trivial incidents like Hazard’s catch-up with friends at Stamford Bridge and attempt to vilify him as they did Gareth Bale, the decline will continue.