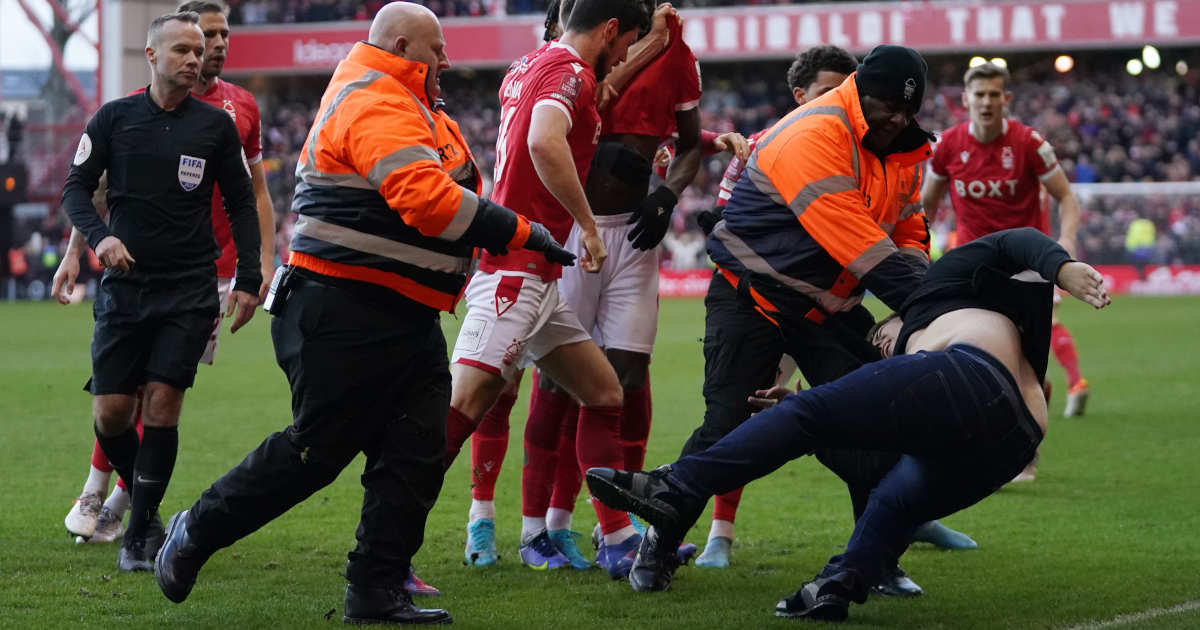 Hooliganism has grown as crowds have returned, and at a higher rate than pre-Covid. So is this is a blip, or is it something longer-term?

For those of us who’ve been watching the season unfold with an unsettling feeling that something wasn’t quite right, the figures released a couple of weeks ago by the UK Football Policing Unit (UKFPU) only really confirmed what had been suspected all along. The return of crowds to football matches has led to a proliferation of trouble, and at a far higher level than was being reported prior to the start of the lockdowns.

During the period from the start of July to the end of December, there were 802 football-related arrests, an increase of 47% from 547 arrests for the same six months during the 2019/20 season – the highest number of arrests since UKFPU started collating these figures six years ago. Incidents of disorder were reported at almost half (48%) of all games across the Premier League, EFL and National League – compared to 34% during 2019/20.

This season has already seen a high-profile disturbance at the match between England and Hungary, as well as missiles being thrown at Lucas Digne and Matty Cash by Everton supporters and at Antonio Rudiger by Spurs supporters, while Keinan Davis of Nottingham Forest was punched by a Leicester City supporter during their FA Cup fourth-round match. But while the incidents at higher-profile matches continue to generate the most headlines, the biggest increases in trouble have come elsewhere, particularly in the EFL and the National League.

On the same weekend as the Davis incident, Accrington Stanley player Harry Pell seemed to be assaulted by a fan shortly before he was to take a late penalty kick against Rotherham United (who are making something of habit of this). Pell missed the penalty and Rotherham won the game 1-0. Elsewhere, a flare was thrown onto the pitch during the match between Millwall and West Bromwich Albion, and players were taken from the pitch for ten minutes after they were subjected to racist abuse during the clash between Morecambe and Bolton Wanderers. A week earlier, an offensive chant aimed at Wycombe Wanderers striker Adebayo Akinfenwa led to a brief suspension of their match against Milton Keynes and further confrontation.

Published in December, Baroness Casey’s report into the mass disorder at the Euro 2020 final called out the ‘culture’ around disorder at football matches as ‘the biggest challenge’ in tackling behaviour, recommending a Football Association campaign to force ‘a sea-change in attitudes towards supporter behaviours’. How cute. Quite aside from the fact that the only time that anybody ever listens to the FA is when they’re making the draw for the next round of the Cup or when there’s an England match, this isn’t solely an English problem. There have also been issues reported in Belgium, while in the Netherlands, Ajax and Feyenoord hooligans found a way to fight each other while fans were still barred from entering grounds.

The situation in France this season has been far worse than anything seen in decades. Already this season, there have been serious incidents at Montpellier, Nice, Lens, PSG, Metz, Angers, Lyon, Le Havre and elsewhere. Three matches have been abandoned, points deductions have been issued, and matches have been played behind closed doors. In a recent interview, LFP president Vincent Labrune told L’Equipe that “it’s a question of survival for our sport”.

But on the other hand, clubs have been accused of down-playing the seriousness of trouble involving their own supporters, while others have questioned the speed with which the authorities have acted when trouble has broken out. In the case of two of the matches that could not continue, for example, abandonment only came about after a delay of more than 90 minutes. None of this excuses or offers solutions for the problems themselves, but much of the authority response in France has been inadequate.

Things haven’t been quite so bad in England, but many of the possible causes are the same. More than a year of lockdown has led to a staffing crisis across the hospitality industry. More experienced stewards have been replaced by less experienced ones, and when clubs welcomed fans back in August, they did so having not staged any live events for almost a year and a half and with Covid protocols in the front of their minds.

And although it’s easy to dismiss those who blame crowd violence on booze and cheap cocaine alone (it’s certainly an easy shot for politicians to take, current ‘issues’ notwithstanding), there certainly seems to be something in the idea that there has been a ‘boiling over’ in terms of the behaviour of some, since restrictions were lifted. It’s also worth bearing in mind that both Britain and France are very angry countries at the moment in a general sense, both culturally and politically.

All of this makes for unhappy reading for those now seeking to organise a joint bid between the FAs of England, Scotland, Wales, Northern Ireland and the Republic of Ireland to host Euro 2028, cancelling their vague conversation about bidding for the 2030 World Cup at the same time. Following the disorder at Wembley during the summer, those hoping to bring a tournament to these shores already had their work cut out. The incident during the Hungary match and the ongoing drip, drip, drip of stories of low-key yet still very much look-at-me hooliganism hasn’t made their jobs any easier, even if UEFA president Aleksander Ceferin has previously said that the trouble at Wembley in the summer ‘would not count against’ a British and Irish bid.

The optimistic prognosis for the current bout of hooliganism sweeping the game is that it will blow itself out as the pace of normal life continues to return. The least optimistic prognosis is that it absolutely won’t. The causes of and solutions to hooliganism in football remain simultaneously obvious in front of our faces and tantalisingly out of reach, and to say ‘oh well’ because the problems are as great or worse in other countries isn’t much of a response. Football sat on its hands throughout the 1960s and 1970s as hooliganism proliferated to a point that it was almost out of control, and this came close to killing the game altogether. We cannot allow that to happen again.