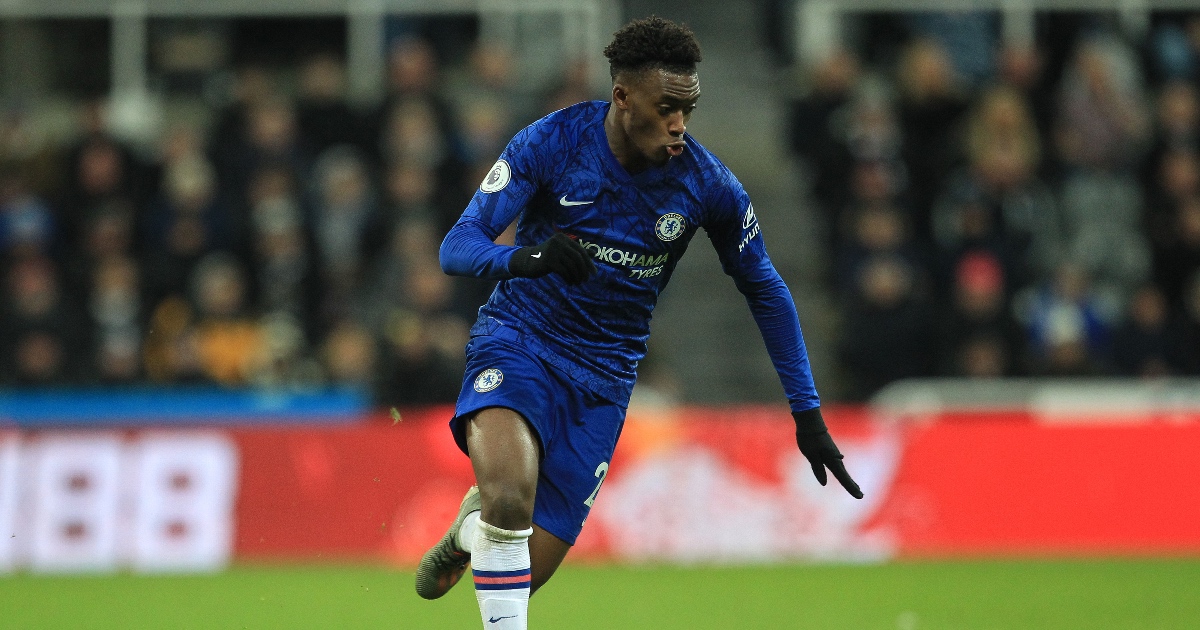 Did Callum Hudson-Odoi experience a lightbulb moment against Spurs? After two seasons of stuttering form, it would pay dividends for Chelsea if Hudson-Odoi remembered who he is and what he’s for…

Alan Shearer said it, but we’ve all thought it watching Callum Hudson-Odoi. With puffed-out cheeks and limbs akimbo, he moves a few yards towards a defender, feints to beat him down the outside, turns out and passes it backwards. It’s infuriating.

It’s a problem for Chelsea in general: this unwillingness to beat a man in the final third. The first port of call is to probe with passes into Romelu Lukaku’s feet or in wide areas in the hope of overloads with wing-backs and roaming attacking midfielders. They switch play quickly to move defenders across the pitch and open up gaps to pass the ball in behind. It does and has worked, but far less frequently without wing-backs Ben Chilwell and Reece James.

Liverpool and Manchester City do the same, but for all the possession, accurate passing and movement off the ball, there’s nothing like having players who can beat an opponent with the ball at their feet to strike fear, open up space, overburden opposition defenders and create chances. Liverpool and City have that threat in abundance.

Individual and collective form plays a part. While Chelsea’s attack is yet to kick into gear under Thomas Tuchel, Liverpool and City’s has been purring for years, creating an atmosphere in which possession is a means to manipulate situations from which risks can be taken to score goals. Chelsea create those same situations, but snub most of them, meaning possession is mostly possession for possession’s sake.

If Hudson-Odoi is on the pitch, he should be the man to up the tempo. While other Chelsea forwards have different, greater quality in other aspects of their game, Hudson-Odoi is surely there to dribble.

He’s attempted 2.71 dribbles per game in the Premier League this season. That puts him in 53rd place in the top flight among players to have started five or more games. But only Adama Traore (1.01) and Diogo Jota (0.70) have had more successful dribbles per game leading to a shot than Hudson-Odoi’s 0.65 this season. In short, he’s very effective when he does dribble, but doesn’t dribble enough.

There was evidence of a lightbulb against Spurs, presumably shined in Hudson-Odoi’s eyes by a frustrated Tuchel. In the 36th minute, Hudson-Odoi slowed Japhet Tanganga down, beat him, and drew a foul and a yellow card for the Spurs defender. The Chelsea academy graduate, who broke so brilliantly into the first team three years ago and was the subject of a £50million bid from Bayern Munich, the guy whose first, second and third thought was how he could beat a defender, was back.

And presumably following instruction from Tuchel at the break to continue dribbling down memory lane, the first time Hudson-Odoi got the ball in the second half, he again beat Tanganga and set up Ziyech to open the scoring for Chelsea.

Tuchel has consistently said his forward players need to relax in the final third; to play on instinct. And Hudson-Odoi says he’s benefited from the “freedom” his manager has allowed him. But despite the odd goal and assist this season, that supposed freedom hasn’t led to the liberated style of football Hudson-Odoi played when he burst onto the Chelsea scene. Under the constant pressure of either earning or keeping his place in the team, the shackles have tightened to the extent where the football that makes Hudson-Odoi Hudson-Odoi, the football that increases the possibility of mistakes but also gets fans out of seats and creates chances, has been missing.

Without that, Hudson-Odoi is not good enough to play for Chelsea. With it, he should be a nailed-on starter. Here’s hoping the lightbulb remains on.