Home F365 Says After going to Hull and back, takeover gives Tigers hope 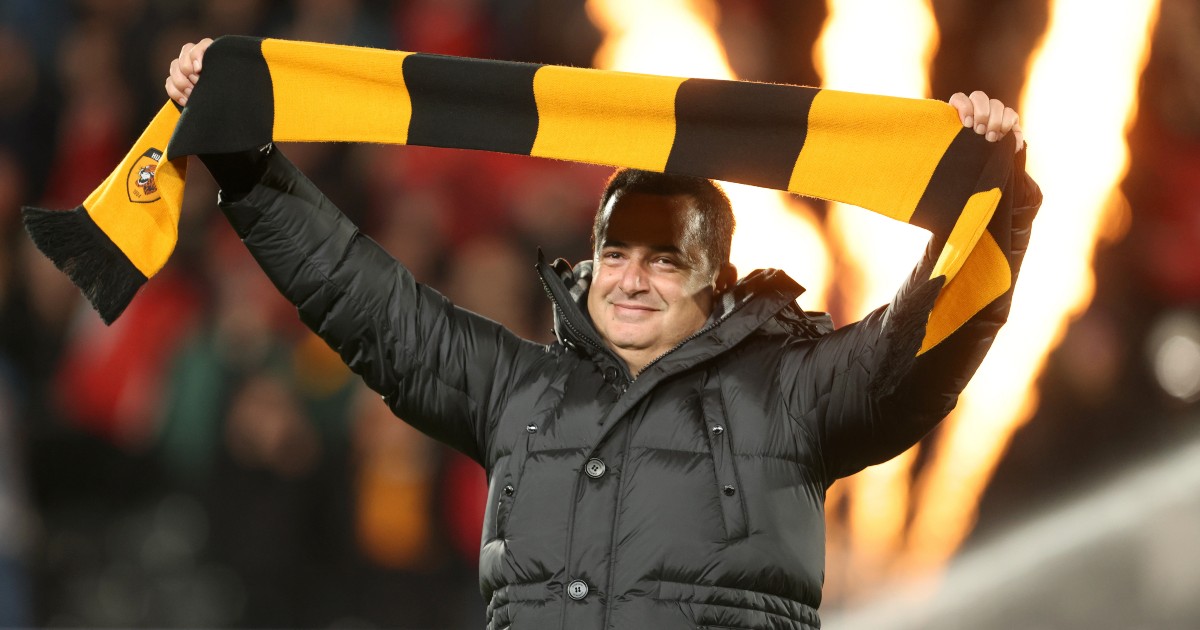 The mood at Hull City suddenly feels transformed after the takeover of Acun Ilicali, which might not be great news for manager Grant McCann.

Never mind just a day – what a difference half a week makes. The mood at Hull City has been transformed and it is no coincidence.

Wednesday’s home clash with high-flying Blackburn came just three days after a dismal Sunday lunchtime defeat to Stoke City on the same turf. Yet those who didn’t know better would have sworn it was two completely different teams playing in amber and black.

In essence, you could argue there is some truth to that.

After 11 largely dismal years under the stewardship of the Allam family, time had seemed to pass exponentially slower for everyone of a football persuasion on Humberside as Acun Ilicali’s proposed dream ownership edged towards becoming a reality.

Warm reception for Acun Ilıcalı as Hull’s new owner is introduced to the crowd before tonight’s match against Blackburn. The ground is buzzing pic.twitter.com/09g13qCBCI

That protraction, along with an absence of owners who knew what Hull City fans wanted, made the heart grow fonder. The Tigers wasted little time after the announcement of a changing of the guard right at the top of the club in laying down a marker. One of the most comfortable victories Hull City have experienced since returning to the Championship in the summer was certainly the most vividly celebrated in a long time.

There is already something more tangible behind those three points which had not been there during Allam’s reign at the MKM Stadium. Blackburn arrived in town as the in-form team chasing promotion, but knew that even their Chilean superstar Ben Brereton Diaz would not be the main attraction on a bitter Wednesday evening.

Hull City rode their luck between George Honeyman’s scrappy opening of this new era before Tom Eaves showed the aerial dominance and deadliness he has too often lacked in front of goal at this level for the Tigers, but the result mattered less than the circumstances which surrounded it.

Ilicali’s arrival likely spells the end of the road for manager Grant McCann. Perhaps that’s for the best; despite guiding Hull City to the League One title last season, McCann’s record at second-tier level has left a lot to be desired with one relegation on his CV and another not out of the question, particularly before taking out Blackburn to move seven points clear of the bottom three. Even then there is the caveat of having played at least once more than four of the six teams below them, and twice more than Peterborough and Barnsley.

Under the Allams, McCann was allowed to continue in the role despite an overwhelming majority of Hull City supporters having lost belief in their promotion-winning chief early on in the campaign. No matter how sweet the victory for 99% of people connected to Hull City on Wednesday, McCann is fully aware he has just made the bed a little more comfortable for his whoever his successor may be.

It is rare that a club with three promotions in the space of a decade have felt so little to cheer. Before that Dean Windass-inspired rise to the Premier League in 2008, it is worth remembering that Hull City had never once experienced a top-flight campaign in their history. Genuine optimism now already surrounds the MKM Stadium, and it will be a busy final week and a half of the transfer window with a new manager almost guaranteed and at least a handful of signings to accompany them.

There are no certainties of success; new, flamboyant owners promising the world are not a new phenomenon in English football and we have seen many before bite off more than they can chew. But it is far better than the alternative, where Hull City knew they were more likely to head to hell and back than realising dreams of pushing forward. Ilicali’s arrival allows minds to wander once more.

Ilicali’s passion for football is well known – he is a staunch Fenerbahce supporter – and that could be a blessing and a curse. His commitment to the deal has known no bounds, standing the test of protracted structural issues in the dealings with the Allam family. Conversely, he would be wise to leave the on-pitch matters to those who know best. There is a gulf of difference between being a football supporter and a football expert.

There are promising developments already in that regard, with Tan Kesler’s expected appointment as sporting director, potentially seeing an overhaul of the transfer structure to a longer-term model. It has worked at MK Dons with great effect just seven months after being implemented, and there are Premier League clubs who could learn a thing or three in how to use these setups. Done well and done right, it can provide huge benefits to consistency in playing style, transfers and scouting even when a manager is not a good fit or is to depart.

That is now the case for McCann, from whom Kesler has maintained more than an acceptable social distance while scouting the club in the wake of the proposed takeover. If there are no guarantees of success in these circumstances, there is more hope and optimism than this part of Yorkshire has seen in far too long.

Allowing football fans to dream is the sweetest feeling. Just days into his tenure, Hull and Ilicali are already hitting all the right notes together. This could be the start of a beautiful union.