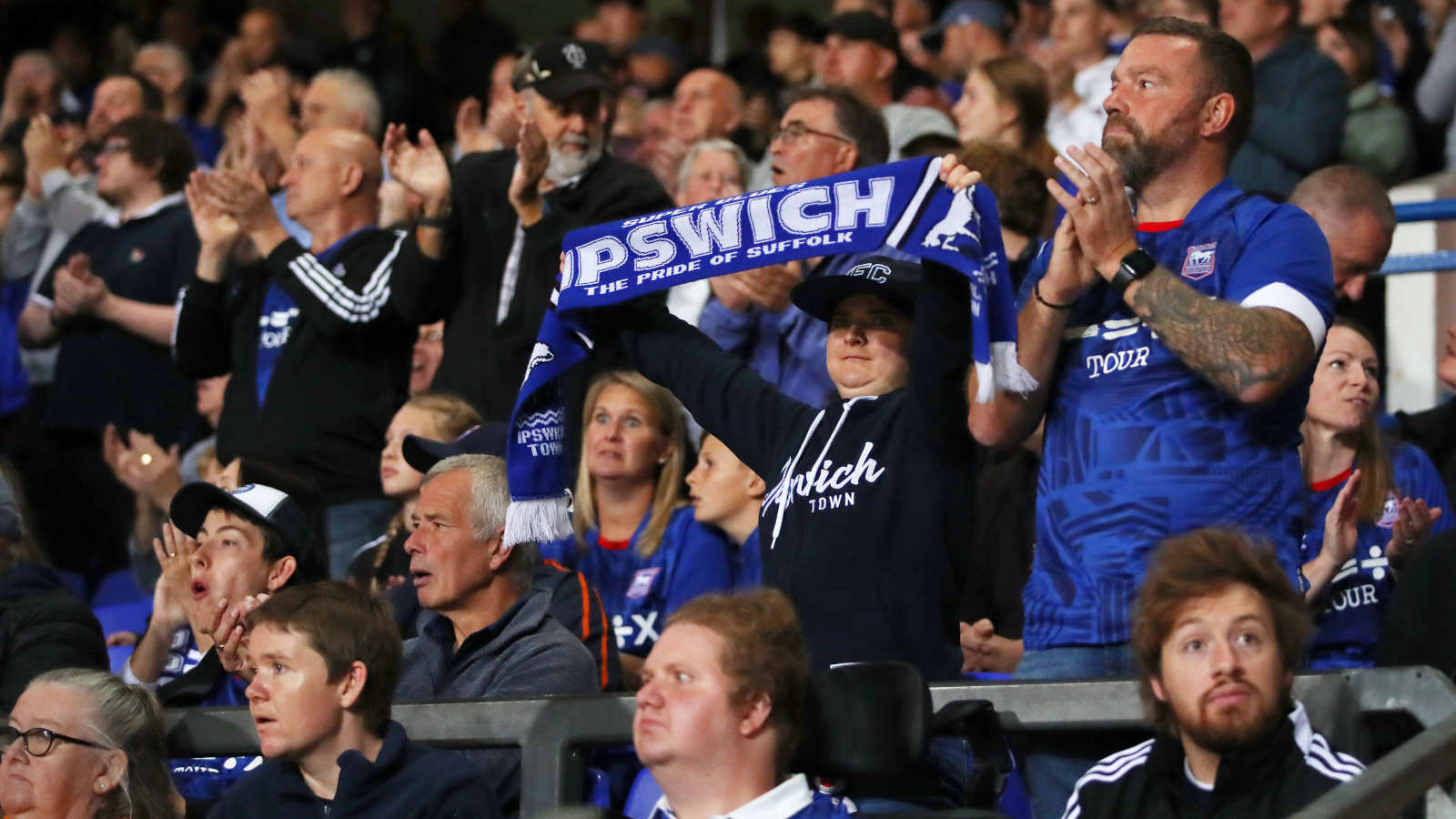 Ipswich Town had a long journey to Devon for the big weekend match in the EFL, but the team with ambitions were thwarted by a Plymouth fightback.

We’ve been here before, of course. When a big name from the past finds itself playing at a lower level than they expect, a strange fog can descend over it. Sometimes the reasons are financially motivated, for others it may be a series of bad choices of coach, manager or players. Each has its own story to tell, but at many clubs it can resemble nothing so much as rot.

You might not notice it at first, this replacement of players with others who aren’t quite as talented, who don’t quite mesh together quite so well, but once it gets its claws in, it’s difficult to push back against. There’s a necessity to firefight immediate issues rather that put the structures in place to prevent them from happening in the first place, and the speed with which clubs can unravel can be alarming. Before you know it, you’re playing Morecambe. In a league match. At 3.00 on a Saturday afternoon.

League One, as the junction at which football in England meets, has had more than its fair share of these clubs. Over the last 30 years, half of the clubs in the current Premier League have spent at least one season at this level. But this doesn’t only go one way. Seven of the clubs playing in League One this season have had at least one campaign in the Premier League, and five of them make up the top six in the division.

This is Ipswich Town’s fourth season in League One, and the season had started well. Under the managership of Kieran McKenna since just before Christmas, they headed into the weekend unbeaten in the league with six wins and three draws, and with those draws coming against Bolton, Barnsley and Sheffield Wednesday, all clubs in the top six.

But the weight of history can hang around a club’s neck like an albatross. Ipswich Town were one of England’s most exciting teams in the late 1970s and early 1980s, winning the FA Cup in 1978 and the UEFA Cup in 1981, and coming very close to winning the league in 1981. Their descent from that summit has been so slow and gradual that you barely even notice it.

Relegated in 1986, they’ve spent five seasons in the top flight since, but even so, relegation to the third tier for the first time in 2019, the first time they’d played at this level since 1957, still came as a shock. It came at the end of 17 consecutive seasons in the EFL Championship, a spell so long that they started it in the Nationwide Football League Division One. They haven’t really been close to getting back up since relegation either, having finished 11th, 9th and 11th again over the last three seasons.

Until this season. Ipswich Town headed in the international break weekend in top billing. With no Premier League or Championship matches, their Sunday lunchtime match was the biggest domestic league match of the weekend. Ipswich, top of the League One table, away to Plymouth Argyle, who started the day in fourth place.

Spurred on by a crowd of more than 15,000, two goals in six second-half minutes from loanees Bali Mumba and Morgan Whittaker turned the scoreline on its head for Plymouth after Freddie Ladapo had given Ipswich a first-half lead. There was even time for a moment of high drama at the very last. With the five minutes of stoppage-time played they won a corner, for which their Cornwall-born goalkeeper went up, heading the ball against the Plymouth crossbar, graphic confirmation that this wasn’t to be their day.

The win took Plymouth Argyle – the only club among the League One top six not to have played Premier League football – to the top of the table, with those five who have – Ipswich, Portsmouth, Sheffield Wednesday, Barnsley and Bolton – all looking up at them. They deserved the win. Their comeback was stuffed with character, and their refusal to accept defeat may serve them well throughout the rest of the season.

As for Ipswich, what probably matters more than anything else is how they react to the disappointment of this defeat. It’s taken them ten games to lose one in the league this season, and if they can maintain that average over the rest of the season it’s doubtful that their supporters will be complaining too much. But pressure can easily start to build, and having made such a strong start to this season as to be top of the table after nine matches, they can ill-afford to lose focus. Their supporters will learn a lot about the character of their team over the next three or four matches.

While Plymouth – who, never mind the Premier League, have never played top-flight football since joining the Football League 102 years ago – celebrate going top of League One, Ipswich were left to rue a disappointing afternoon. The pressures that come with being a ‘bigger’ club in a division often act as a counterweight to other imbalances caused by financial disparity, but it’s telling that below Argyle is a cluster of clubs with previous Premier League experience. Even Barnsley, who only managed one Premier League campaign, were relegated from the Championship at the end of last season.

Despite the very different perspectives from which Plymouth and Ipswich may see League One, the two teams did put on an excellent advertisement for the division in the Sunday lunchtime kick-off, and it is this that should ease the worst fears of Ipswich’s supporters. They lost to a very good team and remain in second place in the division on merit. And after the last three underwhelming seasons at this level, perhaps it is time for them to take their first steps towards a revival.

The early signs are that it’s going to be tight near the top of League One, with only five points separating that top six after ten matches have been played. Ipswich have already proved that they have the ability but now come the bigger tests, of endurance and character. And with Plymouth Argyle looking as good as they did in beating them, it wouldn’t be that surprising to see them continuing to challenge for a while to come, either. The junction at which English football meets is looking pretty congested.