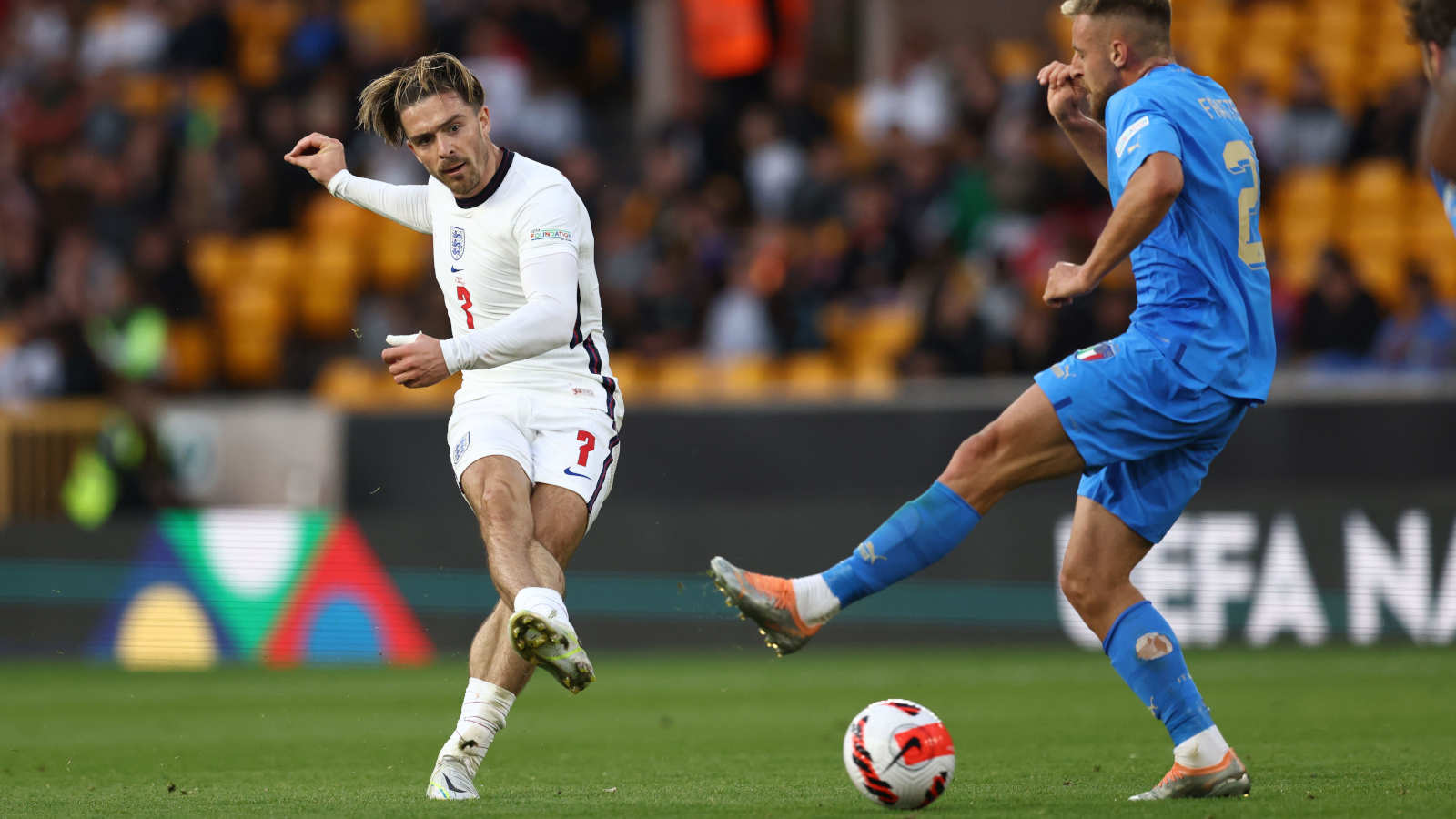 Jack Grealish is the sort of player England have had issues with for decades, but Grealish has work to do to realise his obvious potential.

England’s issues in this particular area are nothing particularly new. In the 1970s it was Peter Osgood, Tony Currie, Alan Hudson and Frank Worthington. In the 1980s it was Chris Waddle and Glenn Hoddle. In the 1990s it was Paul Gascoigne and Matt Le Tissier. England have always had an issue with getting the most from the few flair players that they develop and even now, in 2022, when English players are involved in clubs all over Europe with the mixing pot having been stirred for decades, there’s Jack Grealish.

There had, as ever, been something of a clamour for Grealish to start in the Nations League. There always is, but for the England manager, it’s not quite as simple as just sticking him on the pitch and telling him to work some magic. And with England coughing and spluttering in front of goal as they have been of late, it’s inevitable that considerable attention has been given to his role in the national team’s bluntness in attacking positions.

The match between England and Italy was a strange old affair, played in front of a couple of thousand squeaking kids in the Black Country between two teams who spent much of the evening looking very much as though they’d rather have been just about anywhere else. And who could blame them? UEFA’s decision to schedule four such fixtures at the end of a gruelling season felt like a decision rooted half-way between sadism and thoughtlessness.

Was the great Jack Grealish a fevered cheese dream? Maybe he only swims as a big fish

That none of England’s three matches have caught light is very little surprise to anyone with an idea of how worn out the players must be after the mushing together of football’s calendars to account for the enforced gap that came about as a result of the first lockdown restrictions and the fundamentally stupid decision to host a World Cup finals in one of the hottest and most arid places on earth, which resulted in FIFA having to contort the entire global football calendar still further to accommodate it during the middle of the winter.

But with Jack Grealish, there remains the suspicion that there is something else at play too. Did Grealish have a successful first season at Manchester City? Well, there’s a loaded question. On the one hand, he won a Premier League winners’ medal. That, we might reasonably assume, was pretty close to the top of his to-do list for the season. But otherwise, everything was a little patchy. He only made 26 Premier League appearances for City, scoring just three goals, and there were few moments of the unpredictable brilliance of which he’s capable and for which he had been signed.

It should be pointed out that goals are an unfair metric to use; Jack Grealish has never been a great scorer of goals. He’s never managed double figures of league goals in a season and has only scored 43 career goals in all club competitions from almost 300 total appearances. But there is common assent that he has not lit Manchester City up in the way that they may have expected for their outlay. In a slightly broader sense, it’s not that he’s played badly… it’s more that defining his role is problematic.

He’s certainly not the top dog, as he undoubtedly was at Aston Villa. Manchester City don’t really have that sort of hierarchy among their players, and while that’s not a bad thing (it certainly didn’t do City any harm in the Premier League last season), it is an adjustment to have to make, even if it feels slightly patronising to assume that it makes that much difference. Ultimately, Grealish often still feels like a ‘young’ player when he’s 26 years old and will be 27 within three months. These are supposed to be the peak years of a player’s career, before the legginess starts to kick in and time’s inevitable march pushes them on towards retirement.

Twenty-six appearances isn’t terrible, but it shouldn’t be enough for the club and it certainly shouldn’t be enough for the player either.  £100m sounds like an awful lot of money to spend on an impact substitute, but this isn’t intended as a jibe towards Manchester City. The same goes for England, too. Grealish is a player who it increasingly feels is thrown on to ‘do… something‘, without having a particularly clear front-line role for either his club or his country.  But the time for him to be a bundle of potential energy is over; he has to become the player that Manchester City paid that amount of money for in the first place.

Tony Cascarino feels that Grealish hasn’t yet done enough to warrant a first-team place for England, but identifying that is the easy part, and Cascarino seemed to fall into the trap of mistaking Grealish for a young player when he’s actually only a few months off being the same age that Johan Cruyff was when captaining the Netherlands team in the 1974 World Cup final. He’s playing at the very highest level of the club game and the expectation levels will be nosebleed-inducingly high. They should be.

Gareth Southgate also seems to understand that Grealish has work to do. His comments after the 1-1 draw in Germany – that Grealish needs to improve his tactical knowledge and all-round game if he is to become a regular starter in the national team – told a slightly different story of a player who hasn’t quite acclimatised to the rarefied air at the top of the Premier League and with an international team around whom expectations are starting to balloon.

But  Jack Grealish is capable and England are capable. It remains the case that the coach who can maximise Grealish’s abilities to their fullest will have a very valuable player on their hands, but for him to fulfil that role he still needs to prove himself. And time is starting to run out before that winter World Cup.