Home F365 Says Jack Grealish is not the messiah, he’s a naughty boy on the path to obedience 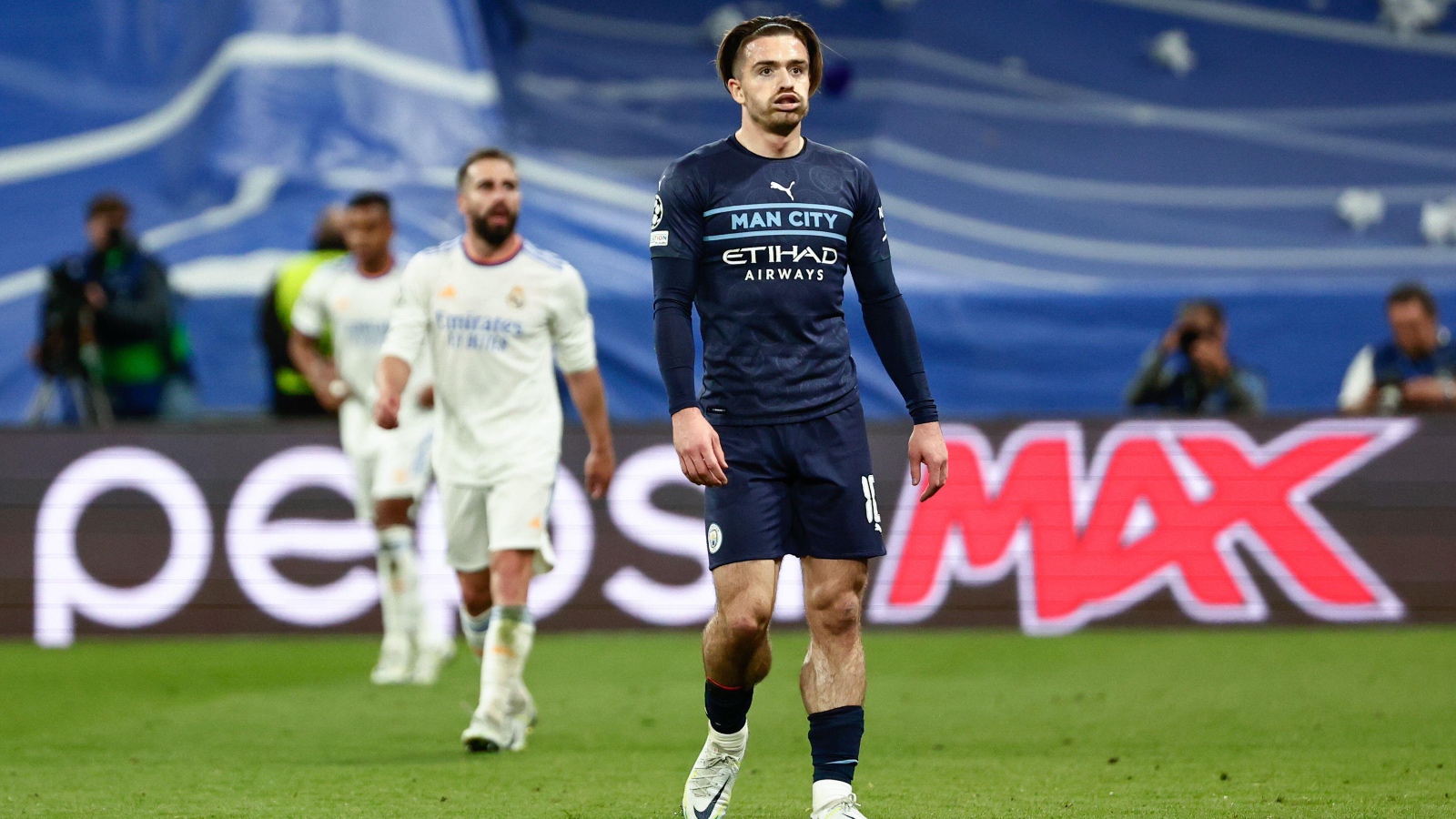 Jack Grealish continues to get it in the neck for being Jack Grealish, but we must always be wary to jump the gun on a player in their first season under Pep Guardiola.

Jack Grealish is an incredibly easy target. The twinkle-toed, luscious-locked metrosexual had made a rod for his own back even before his record British transfer became another way for critics to berate him. The £100m man’s debut season at Manchester City has resulted in five goals and three assists in 36 appearances. The stats are – certainly in comparison to his City counterparts – very ordinary.

Talk of the transfer fee is inevitable, and will always be used as evidence of floppiness by the self-appointed flop adjudication board. But Pep Guardiola will have been aware that he was unlikely to get an immediate return on the club’s outlay. And actually, his displays in his first season at City haven’t been hugely surprising. Grealish was, and is, not the messiah; he was a very naughty boy, with this season the start of his path to obedience.

In a way, just as agony aunt Roy Keane advised, Grealish does need to “grow up”. We mean that solely in the context of him developing under Guardiola – many new recruits have growing pains under the Spaniard – not in the debaucherous sense Keane just about skirted around by thinly veiling his concerns over the “off-field stuff” that could “take its toll”.

Guardiola’s side is not an easy one to slot effortlessly into. Comparisons with Liverpool’s Luis Diaz are understandable and fair in the sense that he, too, has moved to a title-chasing English club. But that’s the genius of Jurgen Klopp. He’s built a system and style that allows players to make an immediate impact and develop further while playing. Diaz has taken full advantage while Grealish continues to battle with the demons imposed upon him by Guardiola.

It’s as though Klopp is Jack Black welcoming new band members in the School of Rock, going with the flow and allowing Diaz to express himself, while Pep Guardiola is J.K. Simmons in Whiplash, informing Grealish that’s “not quite my tempo”. Neither way is right or wrong – as we’ve seen, these two managers and teams are incredibly well matched – but the method Grealish must adhere to is more laborious.

Many other City players struggled through their first seasons, emerging all the better for it as world-class footballers. Riyad Mahrez, Rodri and Joao Cancelo all took time to understand the constraints and expectations under Guardiola, who has improved pretty much every player he’s worked with at the Etihad. We would be foolish to write Grealish off given the trajectories of the players around him.

The former Aston Villa captain doesn’t currently look like a City player: he takes a lot of touches, slows the game down and far too frequently favours the safe option. That’s understandable caution given he joined the champions and the baying masses are imploring him to f*** up at any given opportunity, but he was signed as someone who can change a game from nowhere and that’s not going to happen if he continues to play risk-averse football.

Reaction to his role in City’s crushing Champions League semi-final defeat to Real Madrid won’t have done much for his confidence. Social media was awash with jibes ranging from the downright nasty and absurd to the more subtle and measured. The facts were Grealish came on with City two goals up in the tie and left the field in defeat having had two good opportunities to put the game to bed. Arsene Wenger had a go at him for his defensive work, somewhat reasonably, but it was the way in which those spurned opportunities were framed on social media which perfectly illustrates the approval mountain Grealish has to climb, and the sort of opinions he needs to ignore if he is to thrive.

It was 1-0 when Grealish came on and City were cruising. He missed two massive chances and could only watch on as his team collapsed to a humiliating defeat.

It’s not been the best first season for Jack has it? 😕 pic.twitter.com/Wbx6UD7iuO

He did technically miss two great chances, but they were only great chances because of him – he made the space for himself – and he was only denied by a wonderful clearance off the line and an extraordinary save from Thibaut Courtois. Those are surely examples of exactly what Guardiola wants from Grealish: taking responsibility and using his skill to make something out of nothing. Grealish couldn’t have done any more in either situation, and had either gone in the Grealish haters would currently be busy pissing on turning point bonfires rather than rolling about laughing in the ashes.

The negative lens through which Grealish is perceived has pulled the narrative in such a direction that people who hadn’t watched the game would think he had missed a couple of tap-ins. Had Phil Foden run powerfully at Madrid and diddled defenders like Grealish did, all the talk would be about how unlucky he was, rather than blaming him for the defeat.

Grealish will always be a scapegoat to some degree. Some call it swagger, many call it arrogance, but for anyone there are undoubtedly things about him that can easily slide under the skin and irritate. What Grealish needs to do is get to a point where the naysayers are shouting into a Twitter vacuum, where their biased opinions are ousted as drivel through goals, assists and consistent, risk-taking performances.

There’s no reason to doubt that will happen after a fairly typical first season under one of football’s most demanding taskmasters.