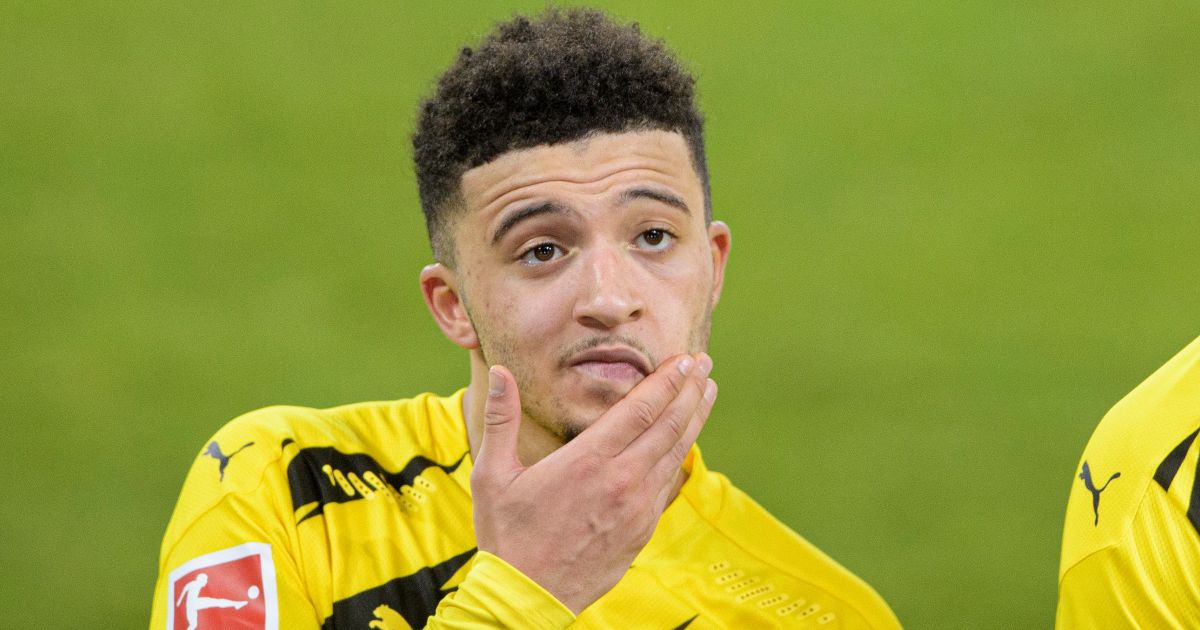 It feels inevitable that Jadon Sancho will eventually sign for Man Utd. It also now feels a bit meh, when it really shouldn’t…

Manchester United will sign Jadon Sancho. They have to now, don’t they? There is a clear path to a deal, with United, Sancho and Borussia Dortmund all seemingly keen to get it done. Finally.

Perhaps that inevitability is one of the reasons the prospect of Sancho signing for United has become somewhat underwhelming. And it really shouldn’t be.

Sancho remains one of the hottest attacking talents in Europe of any age. That he is young – and English, because apparently that matters – is a bonus. He would immediately improve United and the 21-year-old should be front and centre of one of the most exciting transfers of the summer.

That matters to United. If they are spending a huge sum of money, they will demand that such an investment creates a buzz. The kind that gets Stormzy rapping around Paul Pogba, or Alexis Sanchez tinkling the ivories. But when the announcement eventually comes, gaudy as it will inevitably be, it will largely be greeted by a shrug of the shoulders and one question: what took you so long?

The answer to that question lies in United’s thriftiness. The Red Devils could – should – have signed Sancho a year ago. They knew the price, they simply chose not to believe it, or recognise Dortmund’s determination to drive a hard bargain.

Even now, when the Germans’ asking price has come down by around £40million to what United were apparently willing to pay a year ago, Ed Woodward is hedging his bets. It is a dangerous game.

As it stands, United still have little to no competition for Sancho. They have a free run, which itself seems to have created suspicion. And in the absence of a bidding war, United are still trying to chip away at Dortmund’s apparently reasonable demand.

From the perspective of trying to save a few quid, that may make sense. But not when it risks weakening United’s advantage.

Should Sancho tear up the European Championship with England, his price will increase and probably so too will the competition. But maybe a scrap for Sancho’s signature would heighten the buzz because for as long as United are fighting only their own demons over the deal, it all feels a bit insipid.

It doesn’t help that United probably don’t need Sancho as much as perhaps they did a year ago.

Of course, the addition of a top-quality attacker should always be welcomed at Old Trafford, but the chasm on the right of the front three is not as wide as it was last summer. Indeed, with Mason Greenwood having proved himself worthy of the spot, one concern over Sancho’s arrival might be what it means for the United academy graduate. Unless there is a clear plan to use him more centrally next season.

United have greater priorities elsewhere. Perhaps a centre-forward would be one had Edinson Cavani not agreed to stay for another year to buy Solskjaer more time to find a long-term No.9.

Elsewhere, you could certainly argue that United’s need at centre-back is greater. The same goes for a top-class holding midfielder.

Would signing Sancho blow the budget? Under the Glazers, the assumption is that Solskjaer will have to prioritise his recruitment. In which case, a partner for Harry Maguire and a screener to absolve Paul Pogba or Donny van de Beek of some of their defensive responsibilities should come first.

Solskjaer, obviously, should not have to order his three priorities when they are so stark. A trio of top-quality recruits would transform United from nearly men to genuine title contenders. Well, at least until Manchester City chuck £250million at Jack Grealish and Harry Kane. In which case, anything less than three elite signings would represent a backwards step as they seek to close the gap on their neighbours. But such is life at Old Trafford under the Glazers’ stewardship. History tells us United will just as likely offer the illusion of intent while stopping just short of doing enough.

None of this is Sancho’s fault. You wouldn’t blame the winger for ignoring United’s advances this summer after they teased him for so long last year. Perhaps that patience is also a consequence of a lack of other options. For now.

But United and Sancho should not be a marriage of convenience. To each, the other should be their thunderbolt. The magic, the anticipation, the excitement, may well come in time. But right now, it feels like the spark is missing in their impending union.