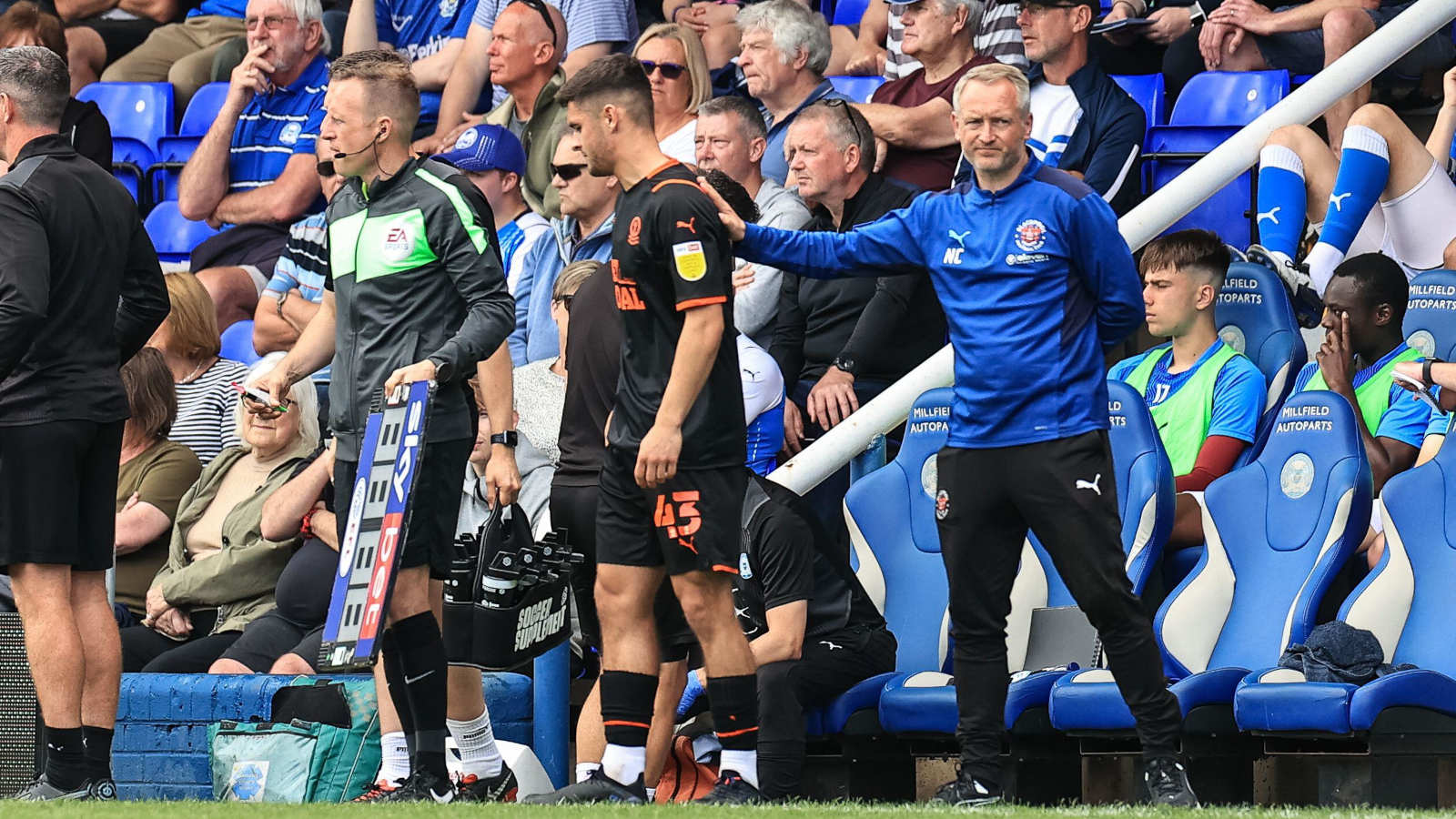 Jake Daniels coming out feels like a pivotal moment for football in this country, but this is the beginning of something rather than the end.

In the blink of an eye, the terrain seems to have shifted. Men’s football’s attitudes – and yes, it is men’s football; women’s football has a large number of high-profile gay players and coaches – towards homosexuality has for decades felt as though it was trapped in a cycle of fear and shame, embarrassed by its own regressiveness and its own failure to get to grips with a changing world. But the coming-out of Jake Daniels, the 17-year old Blackpool forward, gives the game an opportunity to finally drag its attitudes into something like the 21st century, and it’s an opportunity that many seem eager to grasp with both hands.

There was a time when football’s homophobia could reach levels that bordered on black comedy. When the highly accomplished England defender Graeme Le Saux was targeted for homophobic abuse during the 1990s, the reason was said to be that he collected antiques and read The Guardian. Le Saux was straight – he was and remains married to a woman with whom he has children – but the implication to anybody looking on from a distance was perfectly clear – you’re not welcome, here, if you’re ‘different’. It is notable that, from Le Saux’s recollections of that time, the homophobia wasn’t dependent on whether those dishing it out even actually thought he was gay. That was irrelevant.

That time period was one when homophobia within the game remained rife. The treatment of Justin Fashanu by some in football, his own family, and the sections of the press was practically medieval. Fashanu came out in October 1990 under the duress of The Sun, who had informed him that they were going to out him if he didn’t do it himself. He couldn’t even rely on the support of his brother. John Fashanu effectively disowned him, and was reported to have paid him £75,000 to remain in the closet. Justin Fashanu later took his own life, following allegations of sexual assault (which, for the record, were never proved nor disproved), in September 1998.

The media reaction at the time was… unhelpful. There was a predictable tabloid feeding frenzy which stretched beyond the usual suspects. Justin was even condemned in black newspaper The Voice as ‘an affront to the black community… damaging… pathetic and unforgivable’, while columnist Tony Sewell wrote that, ‘We heteros are sick and tired of tortured queens playing hide-and-seek around their closets. Homosexuals are the greatest queer-bashers around. No other group of people are so preoccupied with making their own sexuality look dirty.’

Sewell later became the chair of the government’s commission on race and ethnic disparities, but didn’t apologise for these comments until July 2020, almost 30 years after they were first written. John Fashanu later admitted that he regretted his behaviour towards his brother as well, although it took him more than two decades to do so. A lot of people seemed to take a lot of time to realise and acknowledge the full extent of their words and actions. Brian Clough’s treatment of him, for example, remains a stain on his legacy.

It should be a matter of astonishment and shame to understand that it has taken more than three decades for a second player to come out during their playing career in this country. Football has a tendency to talk of itself as a ‘family’, but it’s a family that it took until 2022 for a gay player to feel comfortable enough to actually come out to, and any back-slapping on the game’s part at its new-found progressive tendencies should be tempered by the understanding that the goal here is for a player coming out to cause no hullabaloo whatsoever. We are clearly and evidently nowhere near that point yet.

But for all of that, there was something touching about the force of the reaction to the announcement. Social media was flooded with messages of support, while there was also a sensitive but honest discussion of the subject with Jamie Carragher and Gary Neville after the Monday night match between Newcastle United and Arsenal. By the following morning, newspapers were leading with it as their main story, with a tone diametrically opposed to that adopted by The Sun in 1990.

Supporters have a duty of care towards Jake. While his decision to come out is a big step forward for the mental maturity of the game in this country, it won’t – and probably can’t – eliminate homophobia within football alone. While there almost certainly will be abuse hurled in his direction, we need to ensure that we don’t amplify those voices, even with the best of intentions.

But there is also another strata of almost-but-not-quite homophobia that should also be addressed; the ‘who cares?’ guys. It is perfectly within anyone’s rights to not care about an individual’s sexual orientation. Many would suggest that this is an ideal that society should ultimately be working towards. But making ‘who cares?’ your reflex reaction to a player coming out when it could be, say, ‘good luck’ or ‘you’re safe, we’ve got your back’ says something about the person saying it which doesn’t look very much like ‘not caring’.

If anything, saying ‘who cares?’ at this precise point indicates that the person saying it cares very much indeed, enough to say that before saying ‘good luck’ or otherwise wishing him well. It may well be that those who make this their first comment on such a subject don’t care, but this isn’t how it’s interpreted. Anybody who genuinely doesn’t care – and there’s a difference between being ‘disinterested’ and ‘uninterested’ in something – is welcome to remain silent on this subject. Even if we ascribe the best of faith to someone making a point of saying how much they ‘don’t care’, they’re not sending the message they may think they’re sending.

There has been some debate over whether it’s appropriate to use the word ‘brave’ when discussing this story, but while it might ordinarily be considered a little patronising to do so, it’s impossible to avoid the conclusion that brave is exactly what Jake Daniels has been. At 17 years old, he has put himself in the firing line of bigots in the hope that he can be an example to others. But then again, why wouldn’t he have been? It is already clear that the younger generation broadly reject the ‘values’ of old bigots over sexual orientation, gender identity and racism. Why should he care what a bunch of armchair Alf Garnetts think?

This feels like a pivotal moment. It is clear that Blackpool FC have been aware of this for some time, and that they have been meticulously preparing for it. They should be commended for the way in which they have handled this; the way in which they’ve done so should act as a template for other clubs who may find themselves in the same position in the future. They’ve been sensitive to the needs of the player and have nailed their colours unashamedly to a flag that opposes bigotry.

And while it can be easy to dwell too much upon the past, it is important that we do not forget how slow the game has been in moving towards this type of acceptance. Because the truth of the matter is that Jake Daniels coming out is the start of something rather than the end, and we all have a responsibility to drown out the noise of the bigots, and to give players who just want to be themselves and play football the space and encouragement to do so. The best news of all now may be that a generation of players who simply don’t have the time for bigotry and won’t put up with it any more is now coming through. It should, at the very least, give those who did too little for too long pause for thought.