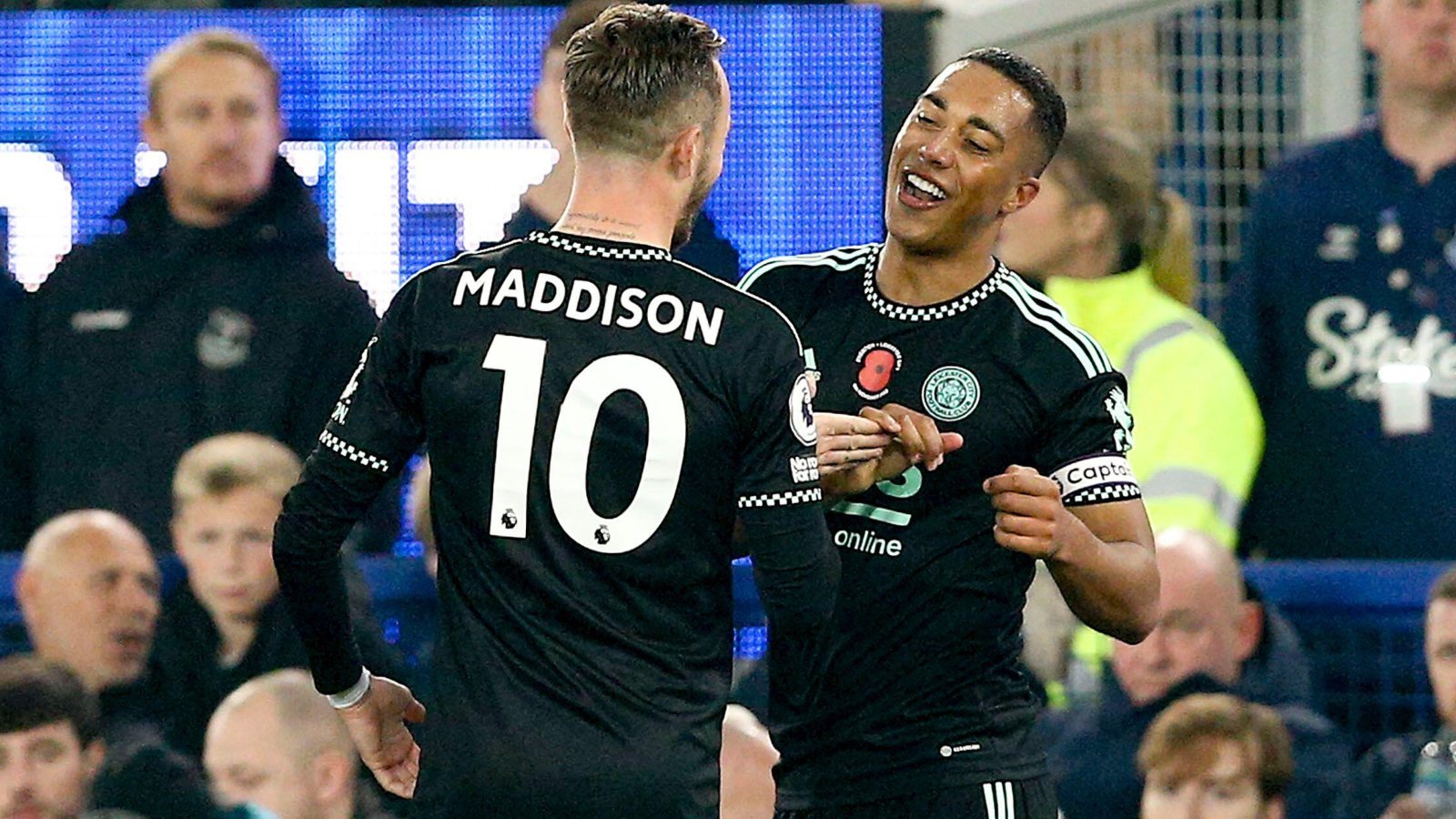 Both assessments being true, it reflects the depths each side has plumbed over those periods. Everton could hardly have argued that it wouldn’t have been deserved if they had been relegated last season, while Leicester looked destined for the drop while they shambled through the opening weeks of the campaign, with Brendan Rodgers seemingly spent at the King Power.

Even amid a seven-game winless run to open the season, Leicester had their moments, albeit far too fleeting, occasionally interspersing prolonged periods of unfathomable defending, especially at set-pieces. Those problems haven’t been completely eradicated, but their moments are becoming more of a dominant theme.

In the three games that preceded this trip to Goodison Park, especially in shut-out wins over Leeds and Wolves, the Foxes have looked more like their old selves. It’s now just one defeat in five, that loss coming against a Manchester City side pushed all the way at the King Power last week.

If three and a half years of Brendan had begun to grate on Leicester’s players, it seems they’ve tuned back in. Evidence of that can be found in their defensive record. Having conceded 22 in eight games at the start of the season, now only a Kevin De Bruyne stunner has beaten Danny Ward in their last five matches.

It’s hard to overstate the impact of Wout Faes since he settled into the back four in place of Wesley Fofana. Again, at Goodison, the Belgian was excellent, pocketing Dominic Calvert-Lewin before the unfortunate Everton striker’s latest injury prompted his early departure.

Faes was excellent but not outstanding in a superb overall performance that earned a successive away wins for the first time in two years. While they remained solid at the back, the Foxes gave Everton’s defence, one of the Premier League’s most impressive units through the first 13 matches, their most torrid 90 minutes of the season so far.

It would be wrong to credit James Maddison with Leicester’s improvement because the No.10 has been hugely impressive for most of the season, even when those around him were failing to match, or even approach, his standards. Youri Tielemans’ improvement alongside Leicester’s, though, is certainly no coincidence.

Rodgers won’t be fussed where either of his midfielders find their motivation but both have personal reasons for raising their levels to those we have seen in recent weeks and again at Goodison. Tielemans is in the final months of his contract and most likely playing for a move that never materialised last summer. Back then, Arsenal were keen, as were a number of clubs but the Belgian was viewed as more of a No.8. At Goodison, as he has elsewhere, Tielemans showed he can play as a double-pivot and, arguably, have more of an effect on the game.

His most eye-catching impact was, of course, a stunning opening goal. The finish, a volley that arced into Jordan Pickford’s top corner, was sublime, but don’t overlook Tielemans’ first touch, angled off his thigh slightly to his right to give him the necessary back-lift. Nor should it be forgotten that it was Tielemans who started the move by winning the ball in midfield, from where Kiernan Dewsbury-Hall played a perfect long pass in behind Seamus Coleman.

Despite Tielemans’ latest goal of the month contender, all eyes were drawn to Maddison while he aced his final Premier League audition before Gareth Southgate names his World Cup squad on Thursday.

Maddison led Everton a merry dance around Goodison, finding pockets of space to pepper Pickford’s goal. In the first half he had six shots, the most of any Premier League midfielder in an opening 45 minutes for over five years. He went closest in the second half with a curling effort that hit the post. He couldn’t score himself, but he set up both of Leicester’s goals, to take his record to six goals and four assists in a dozen matches. Over a longer period, his creativity is even more impressive…

It may be too late to impress Southgate enough to sway his thinking but the England boss can’t say Maddison hasn’t listened. When he was last around the squad in 2020, amid discussions over his previous withdrawal and subsequent casino trip, Southgate spoke of his fondness for ‘low-maintenance players’, a profile Maddison seemed reluctant to fit. This year, though, the penny seems to have dropped. The England boss must be tempted, and few would criticise the manager for rethinking his view on one of the Premier League’s most creative talents.

We all need to reassess our early-season takes on Leicester and Rodgers deserves credit for re-engaging his players. Having just climbed out of the bottom three, the Foxes ought not to be looking over their shoulder with the top-half in sight once more.