Home F365 Says What are John W Henry and FSG smoking over there at Anfield? 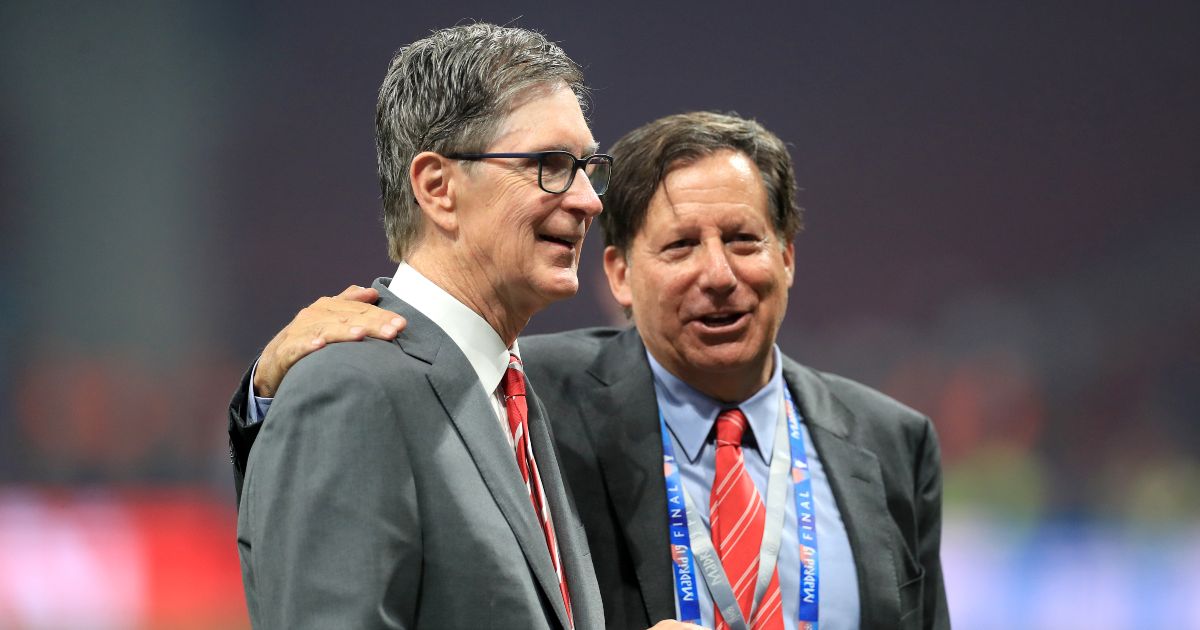 John W. Henry and FSG have delivered on their promise at Liverpool and ticked every box but one: not treating supporters like customers.

They cannot claim there was no warning. It was in February 2016 when the first genuine misstep was made, when Fenway Sports Group experienced the real magic of Anfield and those key external stakeholders. “Enough is enough, enough is enough,” they chanted. “You greedy b*stards, enough is enough.”

Liverpool were beating Sunderland 2-0 when the first walkout in the club’s history was staged. The visitors clawed back the deficit to draw with two goals in the final eight minutes, but it was secondary. Around 10,000 home supporters had already left the stadium in protest at a pricing structure that would see the cost of the most expensive matchday tickets rise from £59 to £77, and the most expensive season ticket increase from £869 to £1,000.

One would assume the reaction and subsequent embarrassing climbdown to cap both numbers for the following season had delivered a painful but necessary lesson at the proposed cost of £18 per head. FSG apologised wholeheartedly for pushing until they met resistance and “the distress caused” by their own foolishness, adding that they “have been particularly troubled by the perception that we don’t care about our supporters, that we are greedy, and that we are attempting to extract personal profits at the club’s expense”.

John W. Henry and his colleagues have had more than enough practice of issuing grovelling apologies since, or at least publicly backtracking on plans that even the most basic of supporter consultation might have avoided. Former chief executive Peter Moore admitted they “underestimated the emotional reaction” to trying to trademark the word ‘Liverpool’ a couple of months after becoming European champions in 2019. “Our bad,” he noted. Then came the incredibly damaging furlough situation, for which Moore again was “truly sorry” on behalf of FSG, who “came to the wrong conclusion” for the sake of £1.5m or so in a year they spent almost £43m in agents’ fees. And even before the ticket volte-face of five years ago, it was Henry who was explaining the slightly less egregious mistake of failing to sign a 29-year-old Clint Dempsey from Fulham.

“Finally, I can say with authority that our ownership is not about profit,” that statement said. It is safe to say that authority has long diminished.

Henry signed off that dreaded open letter with one particular pledge: “We will deliver what every long-term supporter of Liverpool Football Club aches for.” And they have: a first league championship in 30 years; a sixth European crown; some necessary stadium redevelopments; a new training ground; a manager to unify fans both legacy and new; players to be proud of on and off the pitch. The man who brought any or all of those things, especially after the reviled Hicks and Gillett regime, was probably good for a statue outside Anfield at some point in ordinary circumstances. Yet it would be no surprise if FSG did not visit Merseyside in a public capacity again.

The latest attempt to make amends should have been administered with an entire vat of salt. Henry said the right things: apologising, absolving all others of blame, pandering to supporters, hoping that “the Liverpool football family” remains “in tact” like a disgraced father explaining his latest affair and forever tainting his children’s memory of him. But it is all so disingenuous when you know he will jump into bed with the next opportunity to make money; he is a businessman and that is what they do.

That is the key here. Jamie Carragher welcomed Henry’s words but doubted whether it would change his perception with disgruntled supporters who feel incredibly and justifiably let down. “They have made mistakes along the way, this being the biggest one,” he added, but that implies these things are accidental, unintended, that they won’t happen again. The only error Henry and FSG might feel was made is being found with their pants down before hurriedly trying to p*ss out a raging dumpster fire they themselves set. The mistake was not in aggressively pursuing a Super League, but in being caught doing so.

With that, one of the final beacons of ownership hope at an elite level has been decimated. FSG broke records in the transfer market, appointed a transformative and charismatic coach, assembled a sensational squad and helped complete this historic club’s trophy collection. They ticked every box most fans yearn for, with the exception of one: listening to them, taking them into account and not capitalising on their cultism by treating them like customers. The idea that he might try to ‘buy back the affection of Liverpool fans’ by signing a shiny new footballer is nauseating and painfully misguided.

Enough was enough when they took advantage of that trust the first time. Henry and FSG claimed to have listened and learned then. Recent events have exposed those words to be hollow and meaningless. Despite signs that they might be different to the rest, their ownership as a whole is unfortunately headed the exact same way. This means more means less. They do walk alone. The love affair is over.