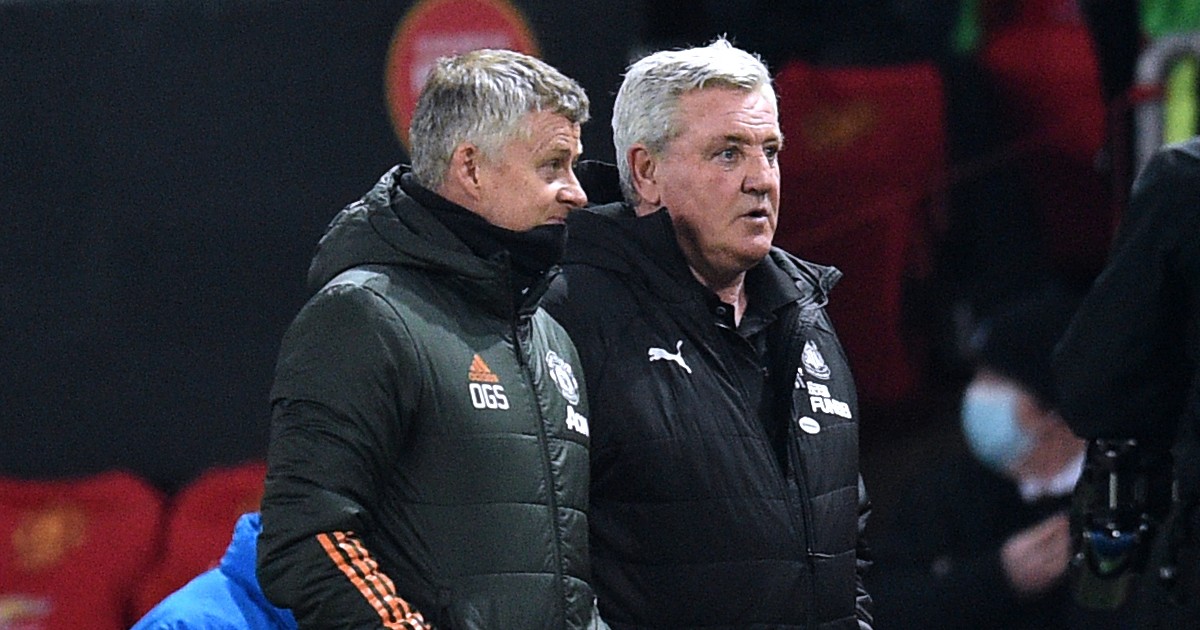 In a sport dominated by paranoia, conspiracy theories and utter fantasy, those suspicious of the vaccine were always going to spread.

Last week, both Steve Bruce and Ole Gunnar Solskjaer said that many of their players are refusing to get vaccinated against Covid, citing their belief in conspiracy theories as the reason behind their reluctance.

As irresponsible as this is, it is understandable by understanding football. The sport is riddled with rumour, gut feelings and rank stupidity all dressed up as fact. Think about how many times per day you read or hear the fan of a club saying the media is biased against them. That alone should point to the vulnerability of football fans and its workforce to baseless suggestions, paranoid conspiracy theories and utter fantasy.

Football and social media combine to offer everyone a voice, thus Barry from Essex speculating on Twitter that Arsenal are going to be bought by Osma Bin Laden’s son can get more traction than someone who knows the facts. One is making stuff up, the other is telling the truth, but they both have the same presence and heft when read on your phone. Barry thinks he’s great because he’s attracted so much attention so he decides to keep putting out his bizarre theories about Arsenal, polluting the water with his imaginings, getting ever more attention as he does so. Some even believe him.

All the usual anti-vaxxer conspiracy theories are offered as the reason footballers are not going to be one of the ‘sheeple’ getting jabbed. ‘I heard you can get infected from the vaccine,’ is a popular one. You’ve heard, have you? You’ve been listening to Barry again, haven’t you?

All I can say is that if Bill Gates is tracking me via a microchip delivered into my body in a doctor’s surgery in Dunoon, controlling my mood via 5G masts and the metals in my blood – even as I type this it makes me laugh that anyone could believe such an obvious fiction – then he must be even more boring than I already assume he is.

‘Nicholson is sitting in his room, surrounded by records, typing again. Hang on, he’s stood up, made coffee, put on an album by The Blues Project. Now he’s sat down again. OK, let’s use this info to sell him a cushion and make him feel good about George Soros.’

And all this scepticism happens at a time when the same people are happy to carry around a mobile phone which is literally a listening device which can track their movements every second of the day.

While the loons – who love to see themselves as freedom warriors – are small in percentage, they’re large in number. Into the millions. Football shows us how fervently some can cling onto their self-identity. We’ve seen fans defending their club even in the most indefensible circumstances. The assumption that everyone is against them is commonplace in the game. Bias is seen where none exists. It’s exactly the same with anti-vaxxers.

Here at F365 we see this all the time. We’re biased against your club, aren’t we? Once that idea gets into your head, you look for things that ‘prove’ it, ignoring all the evidence to the contrary. I bet you can provide ‘evidence’ to prove how biased we are. We’ve all got together and agreed a policy to hate your club, misrepresent it, lie about it, disrespect it, play down its achievements and play up its failure. We’re not just writers sitting in our living room, writing whatever we want to write. No, we’re pursuing a collective policy to be against your club. You’re so sure you’re right that nothing we can say or do will ever prove we don’t hate your awful club. See? I said your club is awful. There, that’s proof.

Is that really any different to believing fictions about a vaccine? Anyone who writes about football has had the experience of being accused of writing something you haven’t actually written, often by people who read a headline, not the piece, then make up a story about what you think about a subject in their head. Once it’s in their head, they forget they’ve made it up and think they read it somewhere, think it is true and lo and behold, it is now a fact against which you’re judged. But it is all an invention. That’s how all of this works.

So we should not be surprised when people without any knowledge of immunology say they’re not getting the jab because the vaccine was made too quickly. The correct response to such silliness is ‘what the feck do you know about making vaccines?’ and the answer is usually nothing and is grounded in baseless feelings. That some of the finest minds in the field have worked night and day to make an efficacious vaccine as quickly as possible seems to matter not at all to them. They prefer to believe some Barry on the internet over educated, genuine people.

Inventing fictions and turning them into beliefs is second nature to many football fans. In part it is the product of the tribal culture of football clubs. Tribalism demands you defend your tribe against criticism, no matter how extreme a position this means you have to take.

To secular eyes this looks not just stupid but ridiculous as fans twist and turn trying to make out up is down and down is sideways. It’s exactly the same as hearing an anti-vaxxer defending their choices.

It doesn’t even matter how many times they’re proven wrong. Remember that plane that went off radar and crashed somewhere in the Indian Ocean? As soon as it went missing I knew someone who was convinced it had been hijacked by terrorists, flown to a secret landing strip in the middle-east to be loaded with explosives ready for it to be crashed into a tall building in London. He supported this argument with all manner of documentation about everything from the plane’s fuel usage to location of black boxes on such a plane. He had even got hold of a map of a flight path which had tracked the plane to Iraq. It was just something someone had made up.

It had crashed. They found bits of the plane and luggage, too. This highly gullible lad declared these to be ‘planted’, of course. The supposedly imminent terrorist plane attack hasn’t happened but he’s moved on and now believes the Covid vaccine is a plot to make the world infertile. I won’t trouble you with the whos and whys. The fact that many people have gotten pregnant or have impregnated after being jabbed doesn’t deter him. They’ve been ‘chosen’. Of course they have. On and on and on it goes. About everything. It is a form of madness.

My mother was, for many years, a paranoid schizophrenic and would pick up on anything you said and rather brilliantly twist it to fit whatever conspiracy was passing through her synapses at the time. Omelettes were poisoned – ‘don’t eat them, our John’ (not anything else, just omelettes, even the ones I made for myself) – cuckoo clocks were listening devices, stereo speaker wires were stealing information for the Russians. It was upsetting and awful but also sort of funny. You have to see the funny side when someone is trying to kill the cuckoo in a clock.

This was in the 1980s. It only stopped when they gave her ECT and in doing so removed much of who she was, but I never thought for a moment delusions would be passed off as facts in everyday life. But when you’ve got apparently intelligent footballers refusing to get vaccinated because of some baseless fiction then it seems we are living a world gone mad.

Some exploit the gullible for money, notoriety and ego-fuelled celebrity. Some are just deluded and some degree of unwell. I have no idea how to change this. I’m not suggesting we give ECT to footballers, but facts don’t work with these people. Facts have become subjective points for debate.

Maybe as time passes and we’ve not all died off, become infertile or turned into some sort of six-testicle chimera, they’ll accept it was all nonsense. But I’ll not hold my breath.