Home Johnny Nic Mitro’s on fire, Johnny Nic is… flummoxed. How good is he really? 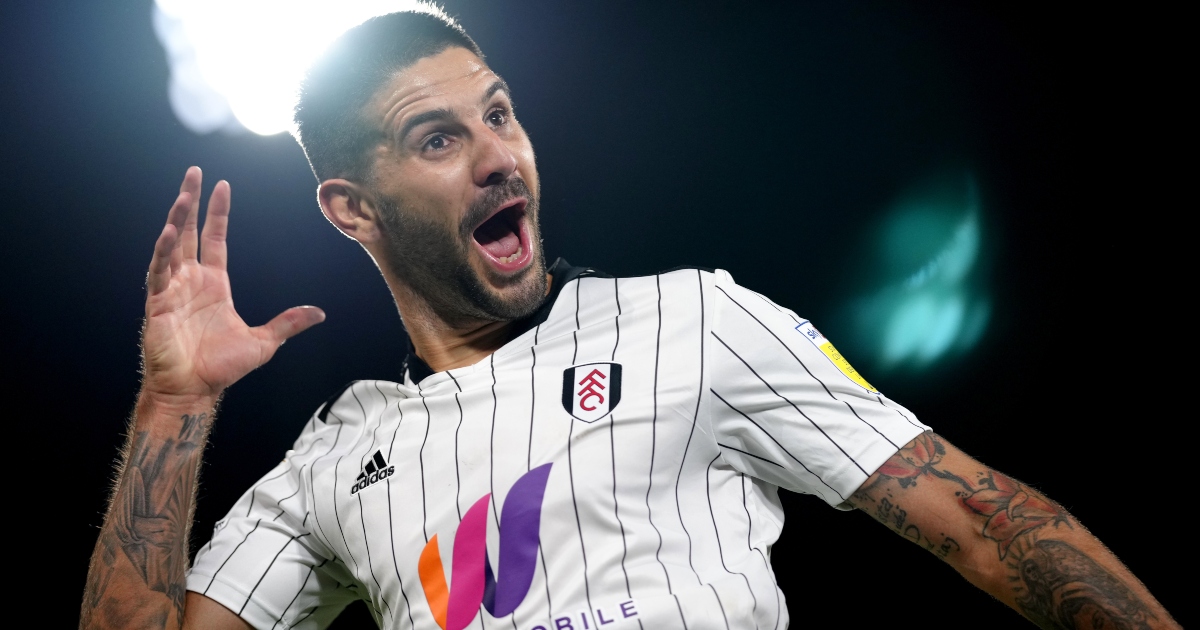 Aleksandar Mitrovic is tearing up the Championship again. Time to wonder if the Fulham striker can ever prove himself in the Premier League.

Who’s this then?
Aleksandar Mitrovic is a 6’ 2”, 27-year-old Serbian striker who plays for Fulham. He is his country’s all-time top goal scorer.

His career started in 2011 at Serbian third tier side Teleoptik and his first pro contract was at Partizan the following year. He immediately made a good impression knocking in 15 in 36 games. That brought him to the attention of Anderlecht to whom he was transferred for €5million.

His two seasons in the Belgian top flight were very productive and saw him net 44 times in just 90 games. So, in 2015 Newcastle United spent £13million on him. However, he never really seemed to get going and they were relegated. Over 72 games in the North East, he scored just 17 in just over two seasons. In the Championship he only hit the net six times in 29, proving that it wasn’t just the top flight he struggled in. Most had all but given up on him when Fulham took him on loan in the Championship. In one of the most remarkable career turnarounds, he was an immediate success. His 12 goals in 17 league games helped them get promotion. So naturally, the club signed him for £22million, but his 11 in 39 the following year saw them relegated. However, 26 in 41 the next season got them promoted again, but four in 31 sent them back down once again. Boo.

This season he is on a streak of form unparalleled in his or almost anyone else’s career having got 21 goals to his name in 18 games and has made five assists too. With Fulham looking a good bet for promotion once more.

Internationally he has played for Serbia 69 times and scored a mighty impressive 44 goals. He is probably the best striker in Europe who plays outside of the top flight and is reportedly the highest-paid striker in the Championship. Has anyone had such an up and down career as a striker? The feeling is understandably widespread that he top notch in the second tier but can’t hack it in the Premier League. His career total so far is 379 club games and 160 goals. For Fulham is 74 in 149 games.

Why the love?
He’s a star at Craven Cottage for several reasons. Firstly, obviously his goals have got them promoted twice and probably thrice. Secondly, as a big physical striker, he’s an easy player to love.  He can do the battering ram thing. He can bullet a header and he can hold off defenders whilst lashing the ball home.

His goalscoring records suggests he can’t really cut it in the top flight of English football but is getting ever more lethal in the second tier. This is an odd phenomenon, especially in his case, because he’s done this flip flopping consistently. How can the game be so different from one league to another?

Notably, he didn’t play against Derby County this week and previously goal-rich Fulham struck a 0-0 against Wayne Rooney’s Poor Boys. He is absolutely crucial to how Fulham play and to the threat they pose. Although they’re top of the table, Mitro has scored 21 of their 48 goals, that’s 14 more goals more than the nearest team.

In October his xG was 5.27, but he scored eight times from 21 shots. Overall, this season his xG is 15.41. So, he’s over-performing massively right now. He’s scored 21 from just 79 shots. Six of those are headers. He’s even outperforming his assists xG.

At the core of his success is his ability to hit the ball first time. Like many of the top goal scorers, he leaves little time to think, it comes to him, he hits it, he scores. While that seems easy, it is actually a distillation of the scoring art right down to its basic principles. See ball, score goal is his philosophy. This also tends to mean he’s hitting the ball early, before goalkeepers or defenders get set. He also takes penalties, which are obviously moments he has time to think about what he’s doing and while he regularly scores, the keeper usually guesses the right way, maybe he gives it away too easily and his shot has to be accurate and powerful, which is exactly what didn’t happen in the penalty miss against Scotland.

He isn’t the quickest player you’ll ever see and his game isn’t the most sophisticated. Boss Marco Silva has been wise not to complicate his game. His job is plain and simple: goals. And who can complain at that?

Three great moments
The great man scores a great winner. And look at the power on the header…

He can’t stop scoring even while falling over…

Note how many of these are first-time strikes…

Having Aleksandar Mitrovic in your Championship squad is like taking a calculator into a math exam, you have all the power, he reminds me of a budget Diego Costa and that is not in a bad way.

– Always has that slightly unhinged, unpredictable edge to him which is perhaps unfair because he’s clearly a very good player. I fret that we’ll never get to see how good he could be because no top team will ever take him on. I can see him scoring bundles in a side that creates.

– The ultimate old school #9 throwback. Has a major talent for sh*thousery & scoring record both at club & int’l level is fantastic. Perfectly embodies his country & their passion. Hugely underrated by most.

Future days
Will he finally be able to score a lot of goals in the Premier League if and when Fulham get promoted?  There’s no doubt he has profited from some major defensive errors this season, the sort of blunders that happen less in the top flight. His lack of pace may also count against him, and maybe referees in the Championship are more lenient towards more physical players. Maybe you have to have a lot more to your game in the top flight than being a mere goal machine. Even so, the principles of goal scoring remain the same and if he can continue to hit the ball early and dominate in the air, surely, he can be a success this time. And if he does prove himself in the top flight next campaign, will any big club be prepared to take him on for his peak years, or is his reputation set now?

If he continues at the rate he’s currently scoring, he’ll top 50 goals for the season. Given Ivan Toney is the Championship top scorer for a season with 31, that seems to be a record that he was likely to smash by the end of January if not before. This is no ordinary goalscoring feat, and no ordinary goal scorer.