Home Chelsea Has John Terry been making a monkey out of copyright law? 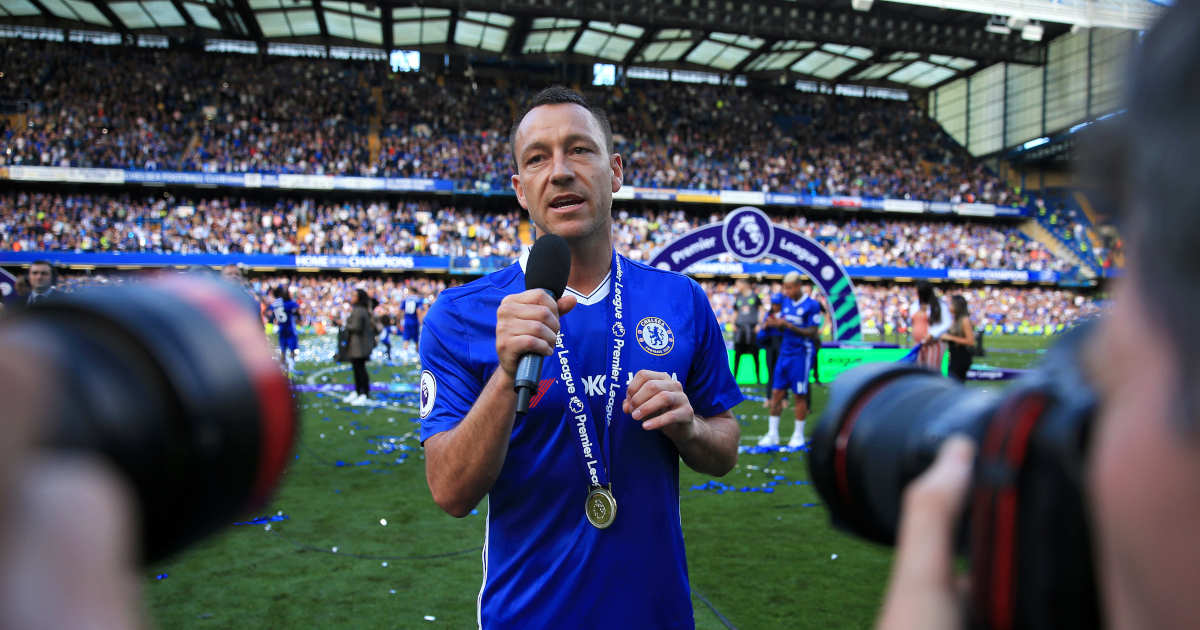 John Terry had a busy December, with a new job with Chelsea’s academy and leaping head-first into NFTs, but he may well end up in hot water.

Nobody who has been paying much attention to the growth of NFTs and crypto will be particularly surprised to hear that various organisations are taking legal advice in relation to a recent slew of tweets from the former England and Chelsea captain John Terry and others promoting the digital assets over possible copyright infringement. In the brave new world of the blockchain, it often feels as though the law is either for losers or those who’ve just been scammed, and there have been reports that plagiarism of artists’ work has become endemic.

For those amongst you who read the above words as though they’re written in Mandarin, a brief recap: NFTs (non-fungible tokens) are unique tokens that exist on a digital ledger called the blockchain and cannot be replicated. The blockchain also records all transactions made in cryptocurrency, and NFTs can usually only be bought in this way. The simple explanation is that money and cryptocurrency are both ‘fungible’. They have a value and can be exchanged for something else of an identical value. NFTs, on the other hand, are more like trading cards, with the registry entry on the blockchain serving as proof of ownership.

For reasons that remain unfathomable to many, the most visible manifestation of the NFT craze has been the ‘Bored Ape Yacht Club’, a series of 10,000 not-particularly-well-drawn cartoon monkeys wearing various costumes which have been snapped up by celebrities all over the place, and among their number has been the former Chelsea captain, England’s Brave John Terry, who has been enthusiastically tweeting about his involvement since Christmas Eve, was proud to show off the one he’d bought for his wife, the following day, and now seems akin to a brand ambassador for the ‘Ape Kids Club’, an off-shoot of the original product which is selling, yes, yet more of these NFTs.

Since then, Terry has tweeted 36 times about NFTs and has become an extremely vocal evangelist for the ‘Bored Apes’, but there is a problem with all of this; the blockchain may promise a world of opportunity for the wild west capitalists who believe that the current system is too tightly regulated, but its existence doesn’t overrule the law and it is now being reported that the FA, the Premier League and UEFA are looking into the unauthorised use of their copyrighted material. Some of the pictures that Terry has been posting have featured renditions of the Premier League, Europa League and Champions League trophies. These trophies are trademarked and the commercial use requires a licensing agreement.

And it doesn’t end there, either. Chelsea are also reported to be investigating similar copyright infringement, which may prove to be all the more embarrassing for Terry since he rejoined the club in a coaching consultancy role at their academy just five days after he started tweeting so incessantly about NFTs. The concerns here should be obvious. John Terry may be a former Chelsea Captain, Leader and Legend, but he doesn’t hold the legal right to use Chelsea’s badge, colours and ultimately name to hawk mediocre cartoon pictures of monkeys. It may well turn out that all of these organisations just want a cut of whatever money Terry making from his side-gig, but the result is the same; unwelcome headlines, as this brave new world collides head-on with the realities of the present.

Broadly speaking, football is still deeply infatuated with blockchain and all the ways in which it might make clubs, leagues and even governing bodies more money than they could previously have imagined, but controversies remain. In Argentina, the Argentinian Football Association signed a sponsorship deal with Socios, an established ‘fan token’ platform which promises engagement for fans if they buy tokens through a variety of different means, in July 2021, but recently announced that it has now signed a new sponsorship deal with another crypto company, Binance.

Socios are threatening legal action against the AFA, but the fall-out for those who bought their tokens cannot be understated, especially in a country in which the volatility of the local currency, the peso, may make saving in ‘alternative’ currencies a risky business. Without knowing the intricacies of Argentinian contract law, it’s difficult to comment on the specifics of the legality of the AFA’s decision to drop one bunch of tech bros for another, other than to return to the fundamental point that this volatility often looks like an inherent feature of cryptocurrency, and that the people most likely to lose out when something happens which fundamentally undermines the value of a token, will be fans who bought the hype.

And the accusations that circle all of this are bleak. At their worst, those with high profiles who relentlessly shill their NFTs in the public sphere stand accused of potentially becoming involved in ‘pumping and dumping’, in which the value of something (in traditional terms, usually the stock value of a company) is artificially inflated, or something akin to a pyramid scheme. And it’s hardly as though football hasn’t already had its fingers burned in its crypto dealings already. In December 2021, Arsenal were censured by the Advertising Standards Agency over breaking advertising rules, while Manchester City had to suspend and then end their agreement with a crypto company called 3Key after it became apparent that 3Key’s digital imprint was so small that it might not even exist.

Meanwhile back in England, John Terry hasn’t tweeted any pictures of averagely-drawn apes since this story broke, and there may well be some very frank conversations going on at Stamford Bridge or Cobham on the matter. Chelsea, let’s not forget, are among football’s most ruthless employers. They’ve sacked Jose Mourinho twice and Frank Lampard once in recent years, and status as a captain, a leader or a legend didn’t seem to matter a jot. Will they tolerate Terry using their intellectual property to keep pushing his apes? Step back and this seems like a ridiculous question to be asking, but truly, we live in very strange times indeed.