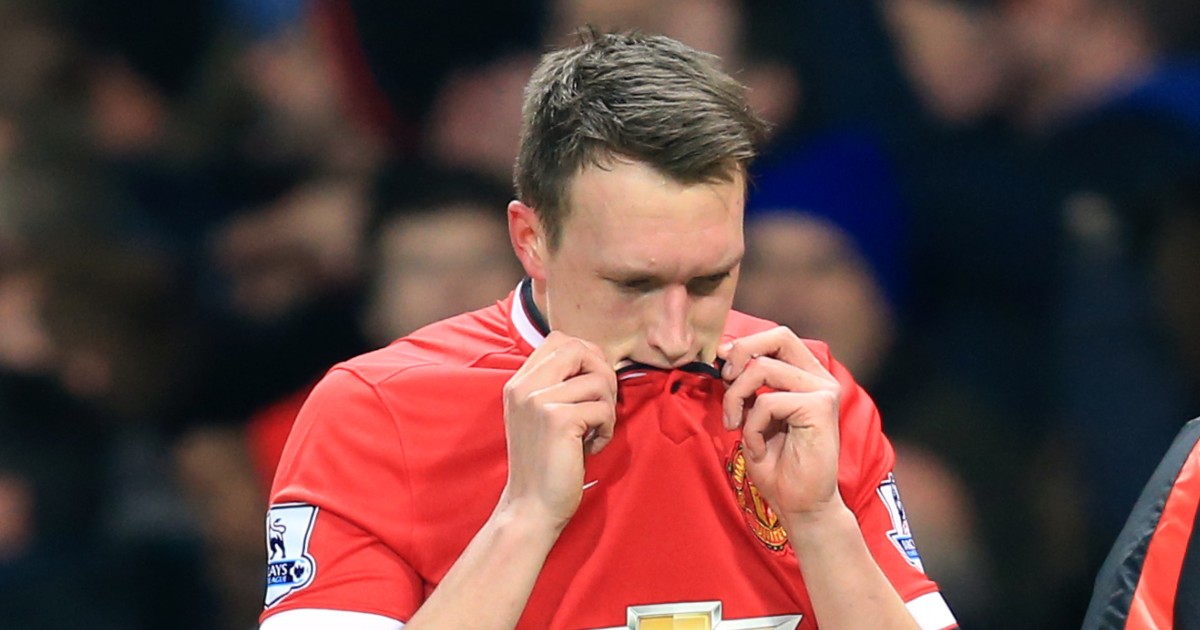 Phil Jones was lumbered with a reputation he could never hope to shoulder at Manchester United. He deserves a chance to show his true worth.

“They had just signed Phil Jones in my position,” Raphael Varane explained in 2014, delivering a line that feels as though it was purposely fabricated for the ‘Scholes of Manchester’ treatment: slapped in quote marks underneath an eye-catching picture and mindlessly circulated around social media by thousands of troll accounts in an unattributable haze of engagement and teary-laughing emojis designed to drown out the sensible few wondering whether it is actually genuine and asking for a source.

It was L’Equipe to whom Varane spoke seven years ago. He detailed the “very vague” Paris Saint-Germain approach and his initial scepticism at an offer from Real Madrid that belied the typical exhilaration any ordinary 18-year-old might have felt at being courted by football’s most eligible bachelor. But then Manchester United are signing no ordinary player or person; Varane seems a different breed entirely.

Perhaps he and Jones are destined never to occupy the same space, like bitter divorcees meticulously kept apart at a family gathering with careful synchronicity and planning. Whereas a decade ago it was the presence of Jones that repelled the younger Varane, the protracted arrival of the Frenchman ten years later might finally induce the departure of Manchester United’s current longest-serving player.

There will be no fanfare. His farewell will be more forgettable than fond. The regret most supporters will harbour is not that Jones is leaving but that he stayed for so long, well beyond the point his reputation was crushed under the weight of an expectation he neither asked for nor could ever feasibly carry.

Sir Alex Ferguson was and is a genius but his 2013 prediction that Jones “could be our best ever player” put him on an impossibly treacherous career path.

Given how Fergie always protected young players and wanted to play down how good they were to keep them out of the spotlight, it makes even less sense that he’d claim Jones could go on to be our greatest ever player. Wonder how much that one comment feeds in to all the ridicule. pic.twitter.com/uYKxQIgjEG

From that point forward, anything less than a hybrid of Duncan Edwards, George Best, Eric Djemba-Djemba and Cristiano Ronaldo would always have been regarded as failure by some. It was an unattainable bar but it masks that he has been closer to success than disaster.

Jones was shot towards the moon from a young age and landed among the lower layer of stars. A Premier League winner’s medal, FA Cup, Europa League and 27 international caps deserves more than widespread derision and mockery. There should generally be a greater understanding of and empathy with the physical and mental impact of regular or long-term injury. A player who blocks, intercepts and otherwise fulfils his primary objective to the best of their ability with every sinew of his body would typically be cherished and celebrated for effort and application, but because Jones happens to pull funny faces at the same time he is scoffed at, held as a figure of fun and ridicule.

Ten years in the first team of the most high-profile, high-pressure club in the country and the prospect of a testimonial is little more than an excuse for resigned self-flagellation. He will be shuffled out of the back door without ever receiving due public appreciation.

Seven clubs have been mentioned, either in passing or as particular suitors of the 29-year-old. Newcastle, Everton and West Ham are still openly embracing their traditional roles as a safe haven for Manchester United cast-offs. Brighton, Burnley, Crystal Palace or Southampton make sense as possible destinations. Yet it feels as though the prevailing fanbase belief with each is that they would be settling and Jones would be reaching. In reality, only a select few are above considering him as an option. Arsenal and Tottenham could genuinely do far worse.

On the incentivised contract those clubs are reported to be contemplating offering, it would suit all parties: Jones is given a platform to prove himself again; the club gets a motivated player on a low-risk deal; and Manchester United can siphon his wages elsewhere.

Ole Gunnar Solskjaer was likely providing lip service in February but his “wish” to get Jones “back into the squad as quick as I can” was at the very least a nod to his positive attitude behind the scenes. The manager admitted that it is difficult “when you have injuries that take your passion away and take your chance to play football away” but he praised Jones for his determination.

The time now is to move on, to embrace a fresh start. There is no shame in not being good enough for this Manchester United. A new environment can reinvigorate a player as much as a new job is able to refocus and motivate anybody. The human side of Jones in particular is so often strangely forgotten. After shutting the door on Varane in 2011, the Frenchman might have returned to open a new one for him in 2021.