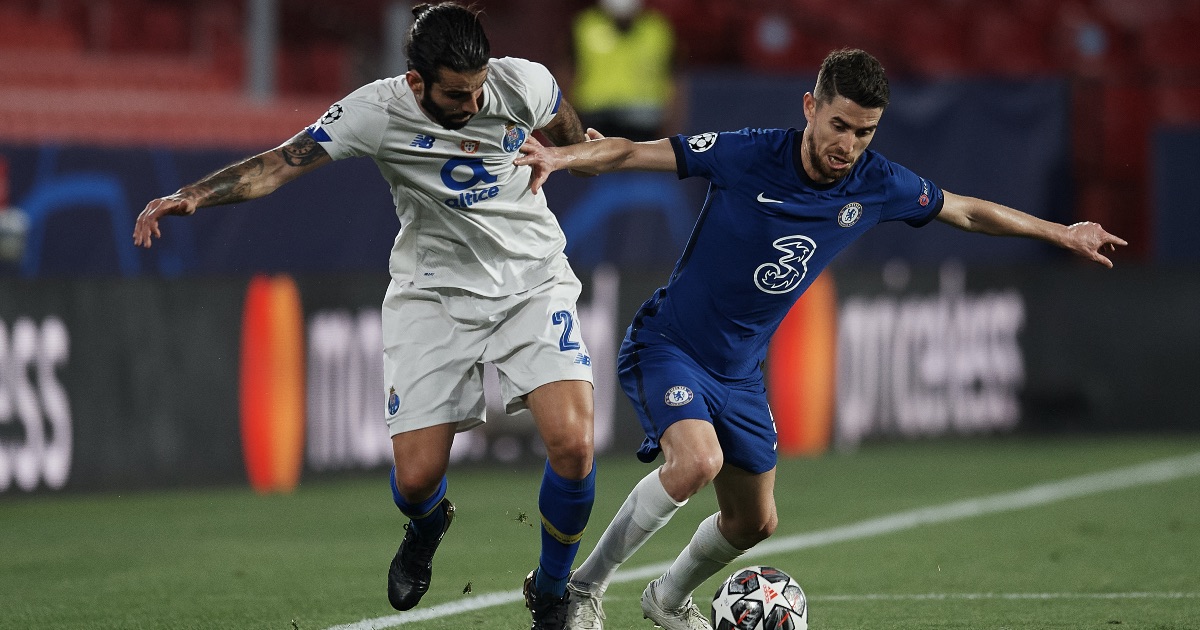 ‘The transformation in Jorginho’s reputation and standing at Chelsea from last season to this has been exceptional. From figure of ridicule and target of misplaced derision, to the wise leader in Frank Lampard’s youthful revolution,’ we wrote in October 2019 about the Sarri-ball scapegoat turned Chelsea ‘driver’.

In the 18 months since, sneering levels have never regressed to pre-Lampard levels, but he’s been a misplaced pass or a brief absence away from a ‘return to Serie A’ rumour, with his agent consistently stoking the transfer fires. But while in November Joao Santos claimed his client was “waiting to see where Sarri goes”, at a point when Chelsea and Lampard were perhaps of a mind to cash-in on the midfielder, in April the agent now insists Jorginho is “100% committed” to Chelsea, with courters dismissed rather than titillated.

Thomas Tuchel is not about to sell one of his most prized possessions.

OPINION: VAR is both salt in the wound and the knife that cut it

The CIES Football Observatory – through a ‘unique methodology comparing the performance of players irrespective of their position’ – ranked Jorginho third among all players from the 98 big-5 league clubs in the first three months of 2021. He was valued at 89.4 out of 100, behind Robert Lewandowski (89.5) and Lionel Messi (92.5).

Questioning the ‘methodology’? Thought so. But that does speak to the inconspicuous role Jorginho plays for Chelsea. Defensive midfielders of most types are now so well renowned for being unsung that they are, well… sung.

N’Golo Kante is the epitome of the ‘everywhere’ category of defensive midfielders, featuring Wilfred Ndidi among many others; Mateo Kovacic would be a ‘press dribbler’, a gang of which Declan Rice is the current supreme leader. There’s the box-to-box defensive midfielder, which seems like a non sequitur until you watch Marco Veratti in action; there are the few that combine bits of all of those qualities like Fabinho or Thomas Partey.

Jorginho is, in truth, a limited footballer. He’s very slow, not hugely creative, he never shoots unless it’s from the penalty spot and he’s very, very slow.

And those limitations lead many – understandably – to believe that he limits the club he plays for; that Chelsea would be better off with a more complete footballer in his position, Kovacic or Kante for instance. But it’s Jorginho’s knowledge of those limitations and his ability to be outstanding within their confines, which makes him Tuchel’s first pick in that position.

The right-place-right-time Chelsea plaudits are generally reserved for Kante: ‘there he is again’, ‘it’s like having an extra player on the pitch’, ‘who else but Kante?’. Well, Jorginho. That’s who else.

The BT commentary on Tuesday night, for example, was a seemingly endless stream of superlatives for the outstanding display of Kante, who completed five fewer tackles than Jorginho, made two fewer interceptions, blocked fewer shots, made fewer clearances and completed 22 fewer passes. Kante is a wonderful footballer, but he’s now so frequently known as being “underappreciated” that his worth is exaggerated, if anything.

While the Frenchman does indeed read the game exceedingly well, he also has speed to get himself out of trouble, which he uses frequently. Jorginho doesn’t have that luxury – he has to be in the perfect position every time or he looks foolish. That does still occasionally happen, but the rarity is quite astonishing.

Of course, compensating for a flaw isn’t a reason to have him in the team. It would be far simpler to play someone without such a deficiency. But those abilities to close space, block passes and predict play allow Chelsea to benefit from the truly outstanding aspect of his game, the one in which he usurps all other Chelsea players; the one that’s absolutely essential to the football Tuchel wants to play.

“We spent whole afternoons training the technique on the sand,” Jorginho said, when explaining how his mother would drill him as a child by throwing the ball at him from different heights and angles on the beaches of Brazil. “It’s all about the control, she kept saying.”

Jorginho miscontrols the ball, on average, 0.46 times per game – far less than Kante (0.93) and Kovacic (1.01). This is the stat that best explains Jorginho’s worth. Faced with his own goalkeeper or defenders, he’s the player they can rely on to pop the ball into to build from the back; to break the press; to start an attack. He’s known as a metronomic passer, and he is that, but that’s not the part of his game that sets him apart, that makes him special.

It’s the ability to control the ball under pressure, to be the man to take the risk in a tight spot in the defensive third to enable others to enjoy space elsewhere. He draws opposition players in before passing backwards, sideways or turning out and moving forward. The latter aspect has been particularly noteworthy in recent times. Faced with a high press, generally from sides of greater quality, it’s Jorginho that’s the must as one of the double sixes over Kovacic or Kante.

Other than the 1-0 defeat to Porto on Tuesday, in which Jorginho was excellent, and the 5-2 defeat to West Brom, when he was admittedly less than excellent, Chelsea have lost just one game the Italian has started – the 2-0 defeat to Liverpool in September. They’ve lost four and won just two of the nine games in which he hasn’t featured.

It’s all about the control.