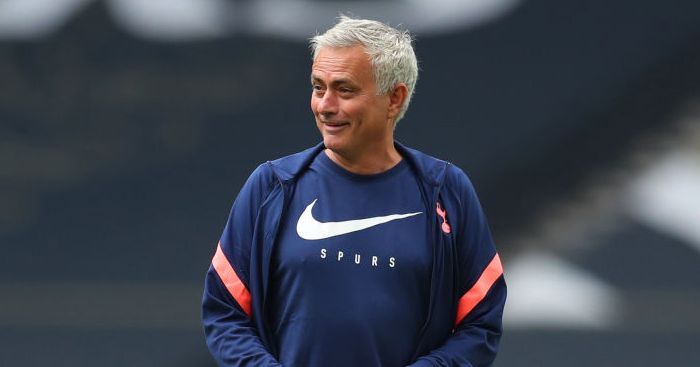 Tottenham are sixth favourites for the title behind Arsenal. A summer of sensible instead of sexy suits them and Jose Mourinho.

Sir Alex Ferguson ranks somewhere between Paul the Octopus and Pele when it comes to football predictions. His suggestion that Phil Jones “could be our best ever player” encumbered the defender with impossible expectations at Manchester United; his assessment of Jurgen Klopp’s appointment at Liverpool has only looked more prescient with each passing year.

But his August 2011 evaluation of the contenders for United’s Premier League title was prophetic. “City are still short of a bit of fitness, have Aguero to come in, Tevez to come back and they might buy another two players,” he began.

“The experience Chelsea have is better than anyone. Terry, Drogba and Cech have been there for yonks. They have been involved in the last seven titles. You cannot, in any way, dismiss them. The expectation will be on Liverpool to improve given the money they have spent and you can’t rule Arsenal out either.

“They used to talk about a top four. Now it is the top six. That is even more interesting for everyone.”

One team was conspicuous by their simultaneous inclusion and absence. Ferguson was one of the first to notice a pattern shift and foresee a permanent change to the Premier League landscape; 2010/11 was the first season in which United, Chelsea, Arsenal, Liverpool, Manchester City and Tottenham finished in the top six. Yet not even Ferguson could pretend Harry Redknapp’s beautifully flawed Spurs were a legitimate enough threat to the crown to receive a specific mention.

They had finally been invited to the party but were still left out of conversations and inside jokes. Tottenham had been granted elite status in name yet watched as a new glass ceiling was installed above them. They would eventually smash through it under Mauricio Pochettino.

It might seem like a step back from those strides forward to peruse the Premier League title odds a decade later and see Tottenham billed as sixth favourites. That Arsenal are backed in more markets is intriguing. Their FA Cup final victory deserves recognition yet so too do the tables from various key points in the season: three clubs won more points than Tottenham since Jose Mourinho’s November 20 appointment; four sides fared better after the date of his first signing on January 15; only two earned more points during Project Restart.

The last period is more instructive than success in a one-off final. Mourinho once spoke of the “two choices” a coach is presented with when he “begins his work halfway through the season”. One is a “psychological beating” – “which I don’t believe in” – and the other is “a methodological beating”. Either way those players get flogged, but the latter “produces long-lasting effects because it brings about structural changes”. Tottenham’s current unbeaten run of six Premier League games from July 6 onwards is their longest since April 2018. The approach was being supported by results, if not entirely in their performances.

There is still work to do. The semblance of an identifiable overall style of play must become a more elaborate plan. The interminable search for an understudy to Harry Kane continues into a ninth millennium. The concerted effort to reduce the squad’s average age must be balanced with a desire to retain experience.

Both arrivals so far in this transfer window fit that bill. Joe Hart, 33, is a natural replacement and probable improvement on Michel Vorm, 36, while Pierre-Emile Hojbjerg, 25, plugs a defensive-midfield gap that needed addressing. Buying from the clubs that finished 10th and 11th does little to placate agitated fans but sensible often outweighs sexy. Mourinho identified problem positions and signed better players than the ones he already had.

Reports suggest Matt Doherty is next. Some supporters might grimace at a 28-year-old being targeted from another lower club for £15m but those who pine for exciting signings from France, Italy or Spain should adopt the default Tottenham stance of preparation for disappointment. The Wolves right wing-back would be a laughably considerable upgrade on Serge Aurier as the “painful rebuild” Pochettino promised last year will be overseen brick by assiduous brick by his successor.

Envious glances at Chelsea and even Arsenal are understandable but the former are benefiting from being owned by a Russian oligarch who has spent the last year topping up his rainy day fund, while the latter are having to consider selling half their squad to fund signings. One half of north London is embarking on a revolution but the other is justified in favouring evolution.

That is a mystery, of course. It could backfire and set Tottenham further back from the pack, to the point of Ferguson’s back-handed compliments. It might pay off and prove conducive to long-term success. The rapid progress Pochettino achieved will not be replicated but Mourinho will hope that building little by little provides more stability. If the journey takes twice as long but still helps them reach the same destination, it will have been worth it.

Tottenham will and should not feature in the discussion of Premier League title contenders. Not even Pele would back them to end that wait. But that honestly might suit them and Mourinho, who has never had to do so little to lower the bar.