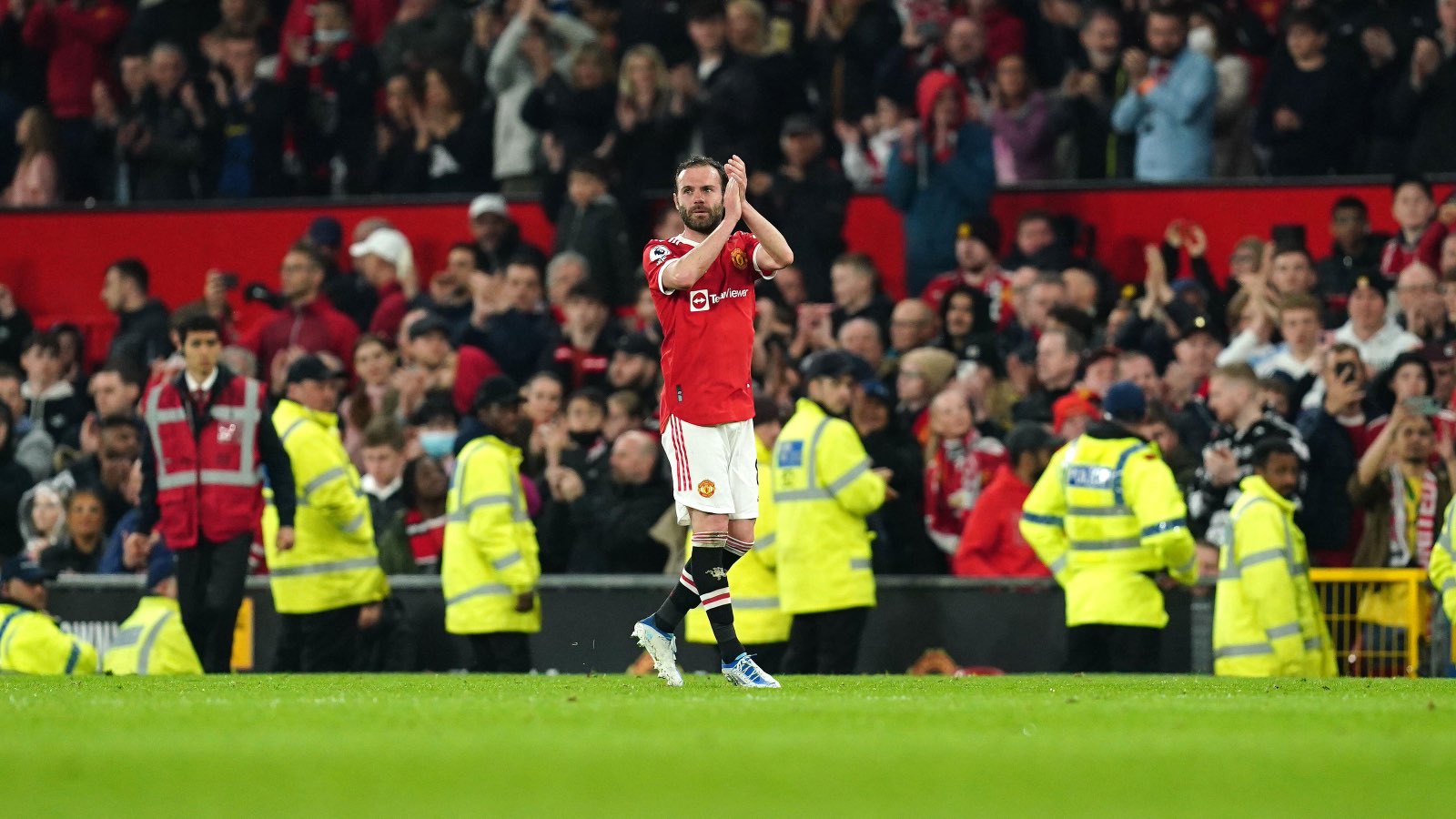 Juan Mata came, he conquered, and was forgotten about. The ‘Wizard’s’ last home game for Manchester United emphasised his misspent quality.

For Manchester United – a club in turmoil, in need of calm heads, desperate for humility amid the arrogance, quality amid the mediocre – to hand Juan Mata his first Premier League start of the season in May is an absolute nonsense.

The ‘Wizard’, denied legendary status in the Premier League through Red Devil mismanagement and ill-thought-out strategy, trotted around Old Trafford on Monday, working hard, creating and – perhaps most importantly – caring, to give the United fans a final glimpse of what they should have seen far more of in seven-and-a-half years of wasted talent.

Mata arrived at the club having won back-to-back player of the year awards with Chelsea, as one of the Premier League’s foremost creators. He contributed the same number of assists (32) in two-and-half seasons at Chelsea as he has in the rest of his decade-long stint in the English top flight. He very nearly surpassed his Chelsea tally on Monday.

It was prime Mata. Having wandered over to the left wing from his floating No.10 role, he beautifully cushioned a volley to Bruno Fernandes on halfway, beat the offside trap to spin in behind, received the return ball, before weighting a cross perfectly into Cristiano Ronaldo’s path. Had CR7 held his run by half a second, Mata’s brilliance would not have been in vain.

And that is, in a way, an excellent summary of his United career, as Ronaldo – like his club – failed to take advantage of Mata’s quality.

As Gary Neville referenced on commentary, the signing of Mata in January 2014 is in hindsight seen as the first of many signs of post-Fergie fuzzy-thinking. Having signed Marouane Fellaini six months before, David Moyes opted for the polar opposite as his second and final signing. Neither the Belgian brute nor the diminutive graduate of the Real Madrid academy were midfielders like any other in the preceding 20 years at Old Trafford, and have since been deemed unsuited to the hustle and bustle ‘attack, attack, attack’ of United.

That speaks to perhaps the biggest problem at United in Mata’s time at the club – the obsession to cling to the coattails of Sir Alex Ferguson and maintain a style of football they’ve never got close to matching. Mata, and many signings since, haven’t been a good fit for that United, but maybe, just maybe, it’s the attempted style that’s been the greatest hindrance to the club’s progress, rather than the undoubtedly talented footballers that have failed to reach the heights they scaled at other clubs.

Having said that, this victory over Brentford, Mata’s only start of the season, which admittedly felt a bit like a testimonial, was as close to a Sir Alex Ferguson-like performance as any we’ve seen this term. They broke quickly, with Mata, Fernandes and Ronaldo laying balls off smartly, accurately and running beyond each other. It was – and this hasn’t been the case for far too long – entertaining football.

And entertainment has been the name of Juan Mata’s game in the Premier League. He’s put smiles on the faces of fans and teammates alike with unlikely assists, delicate touches and stunning long-range strikes. But most of those fond memories came in Chelsea blue, before a United career blighted by managers who failed to appreciate what he could do if they used him effectively. He leaves the Premier League with his head held high but with an irrefutable sense of frustration at what could have been.