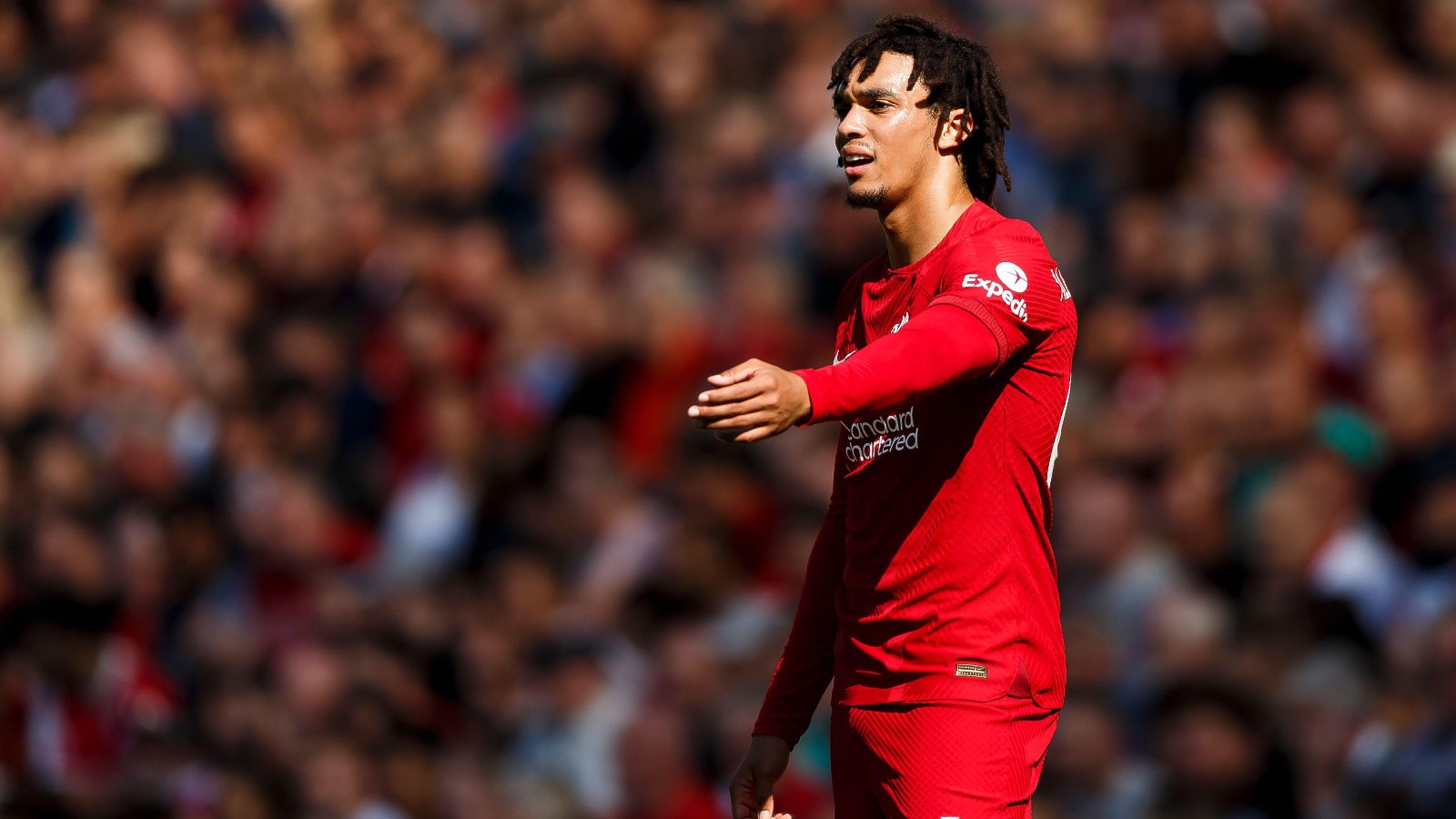 It’s been too long since Jurgen Klopp was last asked, and the time has never been nigher. Trent Alexander-Arnold is a better footballer than he is a right-back. Get him in midfield.

“Why make the best right-back in the world a midfielder?” was Jurgen Klopp’s rhetorical question in September 2021 after Gareth Southgate had bowed to popular demand and experimented with Trent Alexander-Arnold in midfield for England.

One year on and nobody in their right mind would put the same proposition to an increasingly testy Liverpool manager, but he won’t read this – and if you are, Jurgen, take heed, because the time is nigh, or at least it’s never been nigher.

“It’s a little bit of a shame that we talk still in 2021 like this about football,” Klopp said in that same press conference. “Players play everywhere, especially good players.”

He went on to explain that although Alexander-Arnold lined up at right-back, he could frequently be found in midfield positions for Liverpool, depending on the opponent, his teammates and the state of the game. As is the case with Reece James, Joao Cancelo, Oleksandr Zinchenko and others, Alexander-Arnold is less a full-back than he is a very good footballer.

The difference between the Liverpool genius (I say genius firstly because I believe he is one but also in an attempt to lessen the blowback from fans who can probably sense what’s coming) and his aforementioned counterparts is that – here we go, deep breath – Trent Alexander-Arnold is not very good at defending.

Actually no, saying he’s not good is giving him too much credit. He can defend well; there are plenty of examples. Which suggests when he doesn’t defend that he’s either too foolish to recognise that he should be, or his ego has grown to such a size that he simply can’t be bothered.

We’re eight games into the season and Alexander-Arnold has cost Liverpool more than he’s produced for them. His one goal – wonderful though it was – came in the 9-0 hiding of Bournemouth, he’s yet to provide an assist and the 4-1 defeat to Napoli provided more than enough ammo to see his critics win out, even without the further examples of his brain failing to engage when forced to defend.

Simplistic though it is to ignore his worth to Liverpool’s build-up play, his pre-assists or whatever else, up to now we’ve gauged Alexander-Arnold’s brilliance largely on his number of assists, suggesting we should also be able to criticise him for not being so brilliant now that they’ve dried up.

He’s clearly not currently “the best right-back in the world”, if he ever was. He’s probably the best passer of the full-backs (though Cancelo may beg to differ), and he may well be the best footballer playing at full-back. But he can’t be the best full-back when he doesn’t bother with their bread and butter.

Tracking runners, blocking crosses, jumping for headers – it’s as though it all bores him. You would never see Alexander-Arnold punching the air or roaring in delight after a sliding block or expertly timed challenge. He would leave all the nitty gritty for one chance at a 40-yard cross-field pass and far too frequently does leave it, to his team’s cost.

Antonio Conte said this week that no Tottenham player is ‘untouchable’, but it feels as though Alexander-Arnold is at Liverpool, or at least believes himself to be.

Rather than dropping him, why not remove the problems of Alexander-Arnold while reaping his marked benefits? Klopp could shore up his defence while curing the ills of his midfield in one fell swoop.

Joe Gomez has really struggled at centre-back and could be moved wide, where he’s always looked comfortable, and playing Alexander-Arnold just ahead of him in the position occupied predominantly by Harvey Elliott this season would provide the side with arguably greater creativity and more of a goal threat, and would undeniably improve them defensively.

The Alexander-Arnold problem may instead then simply be being moved rather than solved, but midfield is a far more difficult place to ‘switch off’, as often seems to be an issue for him. He would either be attacking or defending; there’s less middle ground, less limbo than there can be at full-back with the ball on the opposite side of the pitch. Although there’s little time for the mind to wonder in midfield, that also means there’s less space for it to wander.

Klopp may never be asked the question again, but it wouldn’t be so easy to bat away this time. His perception a year ago was that people were asking him because they deemed “the right-back position as not as important as the others”. But it’s because the position is so important that he should now consider moving Alexander-Arnold, who’s currently playing like an average right-back, let alone “the best in the world”.