Home F365 Says Oh, brother: Kane and agent have made a right mess of this 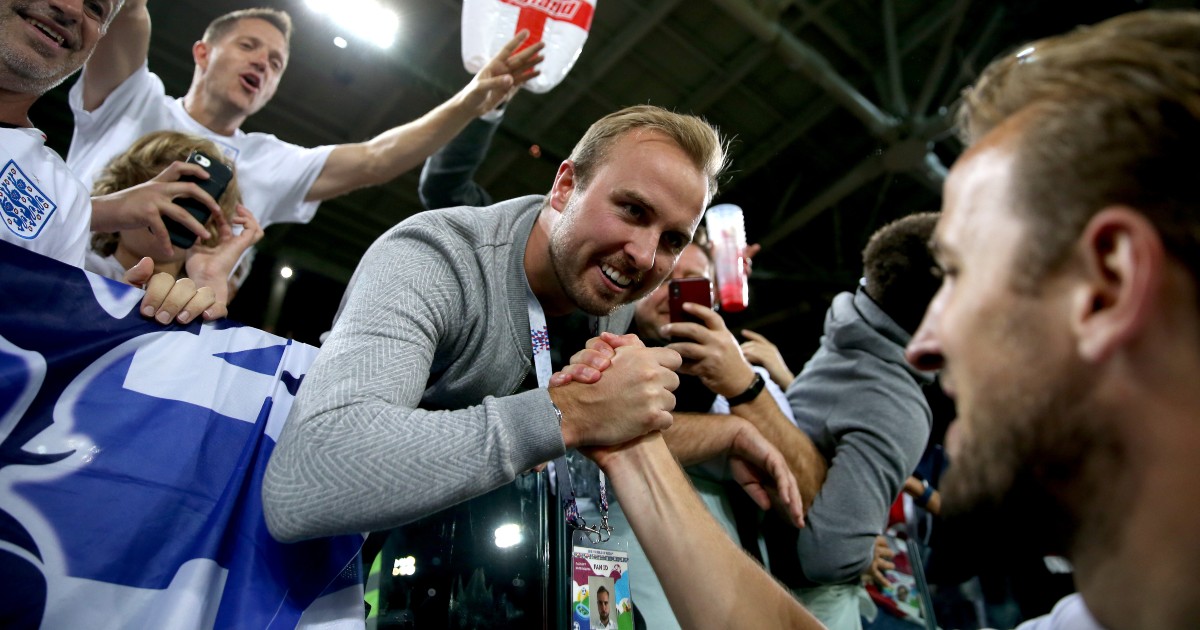 Harry Kane has dealt himself a bad hand at Tottenham and played it terribly while his brother and agent stumbles through a transfer minefield.

The Harry Kane Saga is an instructive one. There are many life lessons to draw from it. Never entrust vast life decisions to your idiot brother out of an endearing yet misplaced sense of loyalty, for instance. Never trust Daniel Levy. And above all, if your strategy for getting out of a tricky spot at work is to follow the example of George Costanza, then you’ve probably already pretty much f***ed it.

Maybe Kane should just accept that he really is just that Spursy and that he and his club are made for each other. It’s another big game that has gone wrong for him.

Suggestions that he might be isolating awaiting a Covid test result don’t really help him either. Either it’s not true, in which case it’s a pretty despicable use of a genuine global emergency to provide cover for your own mistakes, or it is true and the failure to get that information out there for 30 hours of wild news coverage is another spectacular failure in media management from Team Kane.

As this situation descends further towards farce, you have to think Tottenham, Manchester City or Kane are playing silly beggars here. It might very well be all three of them, to be honest.

Kane, it must be said, was always in a difficult position, albeit one largely of his own (and his brother’s) making.

There are caveats to the foolishness of that six-year albatross Kane willingly placed around his own neck in 2018. While Tottenham not going on to win any trophies in the next three years was not entirely unpredictable, and nor was Mauricio Pochettino leaving (albeit the circumstances might have been) despite his own new contract that summer, the speed and thoroughness of Spurs’ return from whence they came has been quite something.

Tottenham have failed to match Kane’s ambition – that is undeniable – and that is in large part on the many failures and missed opportunities overseen by Levy in that time.

But an even more significant barrier to Kane’s ambitions this summer, of course, has been the effects of Covid. It wasn’t entirely hubristic of him to imagine that if he did think back in 2018 that if he decided he’d quite like to move on in 2020 or 2021 that he might have more than one vaguely ambivalent pursuer once the word was out.

But Kane still largely dealt himself this bad hand and has now gone on to play it poorly.

It’s been grimly fascinating to watch the last few months pan out. While those outside the inner circle of these things can never truly know all the ins and outs, Kane has rather looked like someone being advised by an agent who has seen all the tactics that players use to get themselves a move, but isn’t really quite sure why or when to deploy them.

The big worry for Charlie Kane, brother of and agent to, is that this might be making some of his many other high-profile clients reconsider their position. Because it’s been a mess, let’s be honest.

Kane has made all the right moves at all the wrong times or in the wrong way. Announcing his desire to leave before the season was finished; the artless Gary Neville interview making eyes at Manchester City.

The pause in hostilities during the Euros ended with the first sign that Camp Kane might not be the brilliant tacticians we thought they were.

The Sun’s front-page story about an agreed £160m deal to join City was striking for many reasons. One, a transfer rumour splashed on the front page is quite unusual. Two, the fact that the writer was a showbiz hack. Third, that the scoop appeared to have actually come from Charlie’s wedding. Fourth, that the source of the story was so transparently Kane’s camp generally and Charlie specifically. He inserted himself thoroughly into the story at the precise moment it went fully tits up.

And that was because for all the breathless excitement in the piece and notable detail on contract length and Harry’s thoughts about it all, and about how Levy would reluctantly accept a fee of £160m, at no point did it mention whether City would actually pay it.

Charlie Kane currently sat on his office motorbike shouting 'who's the man? I'm the man!' pic.twitter.com/ne88YBSme1

With things going wrong and City looking far more interested in Jack Grealish than Kane, the nuclear option was taken this week when Kane chose to stay away from Tottenham on his planned return, first for health tests on Monday and then training itself on Tuesday.

Now this is an unseemly tactic and one that will, in the short term, always be the one that really causes pivots in the fanbase. But Kane spent last season at Tottenham alongside Gareth Bale, a man who deployed precisely those tactics and who was hailed as a returning hero at White Hart Lane by everyone apart from Jose Mourinho. You can certainly imagine Kane liking the idea of a few years away winning all his pots and pans and then returning to Spurs to finish off his career in the knowledge that the manner of his departure now will have no bearing on how that plays out. Even Dimitar Berbatov got a fantastic reception when he came back to Spurs for the farewell to White Hart Lane. Basically anything short of joining Arsenal on a free and Kane can be reasonably confident that in time the fans will forgive and forget.

So however unseemly the ‘strike’ action might seem (and as an aside, a millionaire failing to turn up for work because he doesn’t want to honour the £200k-per-week contract he signed could do with a different name to the one used when workers act collectively for better pay and/or conditions from bastard bosses) you can see the appeal. Rightly or wrongly, it has worked in the past and will do so again.

But this feels like a sub-optimal deployment of it. For one thing, Kane needs to be very sure – far more so than an outside opinion would conclude – that City are as keen as he is. Failure to fulfil tangible contractual obligations also immediately cedes any claim to the high ground over perceived reneging of “gentleman’s agreements”, no matter how deluded that belief may appear.

And this is where the Levy Paradox kicks in; these sort of tactics are often the only way to get round Levy, but are also precisely the sort of thing that only makes him dig his heels in harder.

With the latest reports suggesting Kane is planning on going Full Costanza and rocking up to work later this week like nothing has happened, he currently looks far more like Luka Modric trying to join Chelsea in 2011 than Modric joining Real Madrid in 2012.