Klopp and Guardiola both take offence at losing to teams who play "deep". But one thing separates them. 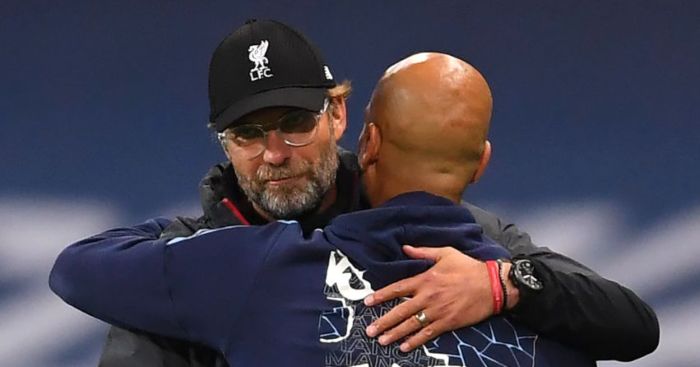 Pep Guardiola spoke of the difficulty in facing a team that “plays deep and didn’t want to run”. Rodri shared his puzzlement at how Leicester put “11 guys behind the ball” and still won. The rest of us pointed out that when you become the first team in Premier League history to score three penalties in one game, you will spend an uncommon amount of time standing around with the play entirely ahead of you.

As Rodri, who has played 47 times under Diego Simeone, struggled to grasp the concept of a team focused on organisation in defence and counter-attacking at pace, Guardiola was caught thinking out loud.

“We need to be more patient, not chase the second and third goals,” he admitted, before allowing himself a moment to ponder: “Maybe we had to let them get out and then punish them on the counter attack but we are built for this.”

Hindsight is the speciality of the writer, pundit, fan and neutral. For a manager to openly contemplate and summarily disregard what he could have done differently was quite jarring.

It hinted at a rigidity and tactical inflexibility rarely associated with the Spaniard’s teams, an acknowledgement of the obvious issue – Leicester’s potent counter-attacks – but a refusal to actually plan for it. Combined with another precious reaction to a side daring to play their own way and not roll over to have their bellies tickled, this was Manchester City at their absolute worst.

By the time he stated that “even with the 2-5 they settled back there with 11 players,” Guardiola was stamping on sour grapes to create a fine whine. Few do injustice and entitlement like an elite coach having cameras and microphones thrust into their face straight after a chastening defeat.

Six months have passed since Jurgen Klopp complained that losing both legs of a Champions League knockout tie to Atletico Madrid “doesn’t feel right”. That the team with 28.8% possession, ten shots to 34 but three goals to two at Anfield refused to “play proper football”. That “it’s so difficult” to play a side that “stands deep” and “defends with two rows of four”.

He did accept in the next breath that “I am a really bad loser” and that is pertinent; no coach or player is a good one. Klopp and Guardiola find teams playing deep instead of straight into the hands and feet of their gilded squads so frustrating because it often doesn’t matter what the other side does. It could be a struggle or it may be a cruise but they have been allowed to gorge on victories for so long that the mere suggestion of a diet of draws or defeats offends them; their immediate instinct is to point fingers.

When what has worked countless times before eventually fails it must be a glitch in the Matrix, a loophole exploited by a nefarious opponent, rather than a collapse of their own creation.

Perhaps that is what has made them so brilliant as managers: a winning mentality so powerful and self-fulfilling that you convince yourself and your players that three points are your perennial privilege.

Klopp and Liverpool have taken this even further, perceiving anything below perfection as an insult worthy of laughable derision. Roy Keane was guilty only of using the wrong word to describe parts of their victory over Arsenal – “sloppy” implies thoughtlessness, negligence, carelessness – but Klopp pounced as soon as he could to point out that any mistakes were essentially by design, or at least a “risk” he identified and accepted.

“Maybe he spoke about another game,” he said. “It cannot be this game, sorry. That’s an incredible description. This was absolutely exceptional. There is a risk with the high line, but how can you defend Pierre-Emerick Aubameyang with not having a high line? It’s completely normal that they have chances.”

When every match is played between two teams and you only have agency over one, there is always an element of uncertainty. The challenge of a manager is to strike that balance between inevitable “risk” and the usual reward.

That is what separates Klopp and Guardiola right now. Both refuse to accept there is more than one way to skin a cat and more than one way to win a match. A 1-0 victory with two shots is worth the same number of points as a 6-0 thrashing with 80% possession. Playing defensively is no less viable a method than all-out attack. But the Liverpool manager still embraces those moments of chaos he cannot control while the City coach simply shakes his head.