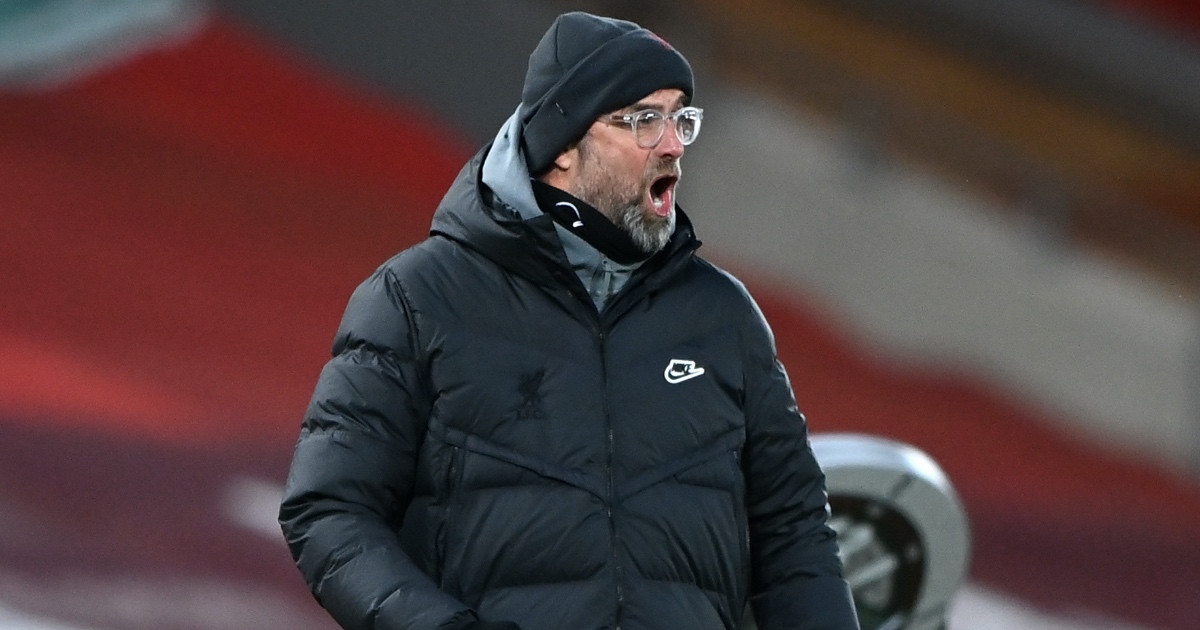 We assume a “mentality giant” is a couple of rungs down from a “monster”, but it’s not Klopp’s admission that Liverpool remain a way off their ultimate mindset that’s noteworthy. That’s obvious. It’s the juxtaposition of that comment with the next that’s more significant: hinting at the potential for a psychological shift from the manager – transferred to the players – that could be key to turning what is currently a well-below-par season into another excellent one.

F365 says: Liverpool remind us all – and themselves – of their excellence

“Beware the wounded animal,” Danny Murphy said after Liverpool lost 7-2 to Aston Villa back in October. But at that stage there was no real sense that Klopp’s side needed to prove people wrong; it remained business as usual after an admittedly embarrassing blip. With the extraordinary mental fortitude of the team – built up through seasons of success and the plaudits that duly came with it – they then went on an 18-game unbeaten run to mock those that had briefly questioned them.

But good fortune, team unity and that sense of inevitability has now been replaced by bad luck, volatility and reports of fractiousness in a group that appeared immune to such things. A football media that benefits from Liverpool extremes is now not so secretly hoping for a continuing decline as that seems more likely than further glory, and fans of rival clubs are basking in what they see as the premature demise of a ‘dynasty’. And this gruff, irritable iteration of rambunctious emperor Klopp adds an extra layer of schadenfreude for the anti-Liverpool sadists.

Now they are wounded, but are others wary?

After the first of two consecutive Premier League titles in his first spell with Chelsea, ahead of a game against Liverpool in September 2005, Jose Mourinho said: “I read Peter Crouch saying that it is England against Chelsea, I can tell him it is the world against Chelsea. Apart from the Fulham Road, the Kings Road and my place in Portugal, which is very small and has only 50,000 people in it, after that the world is against us.”

Mourinho is – or was – the master of this mentality. This batten-down-the-hatches, roll-with-the-punches, middle-finger-to-the-critics attitude that pins him and his team against the world. He and his successful sides are different to Klopp and Liverpool in that he coveted, even drummed up that sense of aversion in the knowledge that they would thrive. He would jump on slight or imagined criticisms to fuel himself and the dressing room to prove faux detractors wrong.

Liverpool, meanwhile, have been riding a wave of acclaim from the media, pundits, their fans, fans of rival clubs, fans of all clubs. For the football they play, the class and humour of their manager, their transfer genius, their return to the top of European football. They have had no critics, no adversity, no problems. How much they used that positive outside noise to spur them cannot be measured and will never truly be known; the groundedness and incredible consistency of the team suggests it was of little consequence as the focus was remarkable. But now, with their backs against the wall, the turning of popular opinion as a motivational tool should not be dismissed out of hand.

Asked if criticism of the players had spurred them to win on Tuesday, Klopp responded: “I don’t think that motivation really works like this.”

But this isn’t a case of ripping up a man-management handbook that has clearly worked to great effect in his managerial career, more the opportunity for a wartime appendix to be added. In a not-dissimilar period at Dortmund – with player transfers out of his hands amid a dip in form – he was unable to turn around their fortunes and felt compelled to hand in his notice.

While he is far from the same stage at Anfield and the assumption is he will turn things around, a change of immediate tact in conversation with his team – more than with those on the outside looking in – could at least provide an instant bump of provocation to save this season with Champions League glory, before normal motivational service resumes next season.

What use is a wounded animal unless you harness their anger?