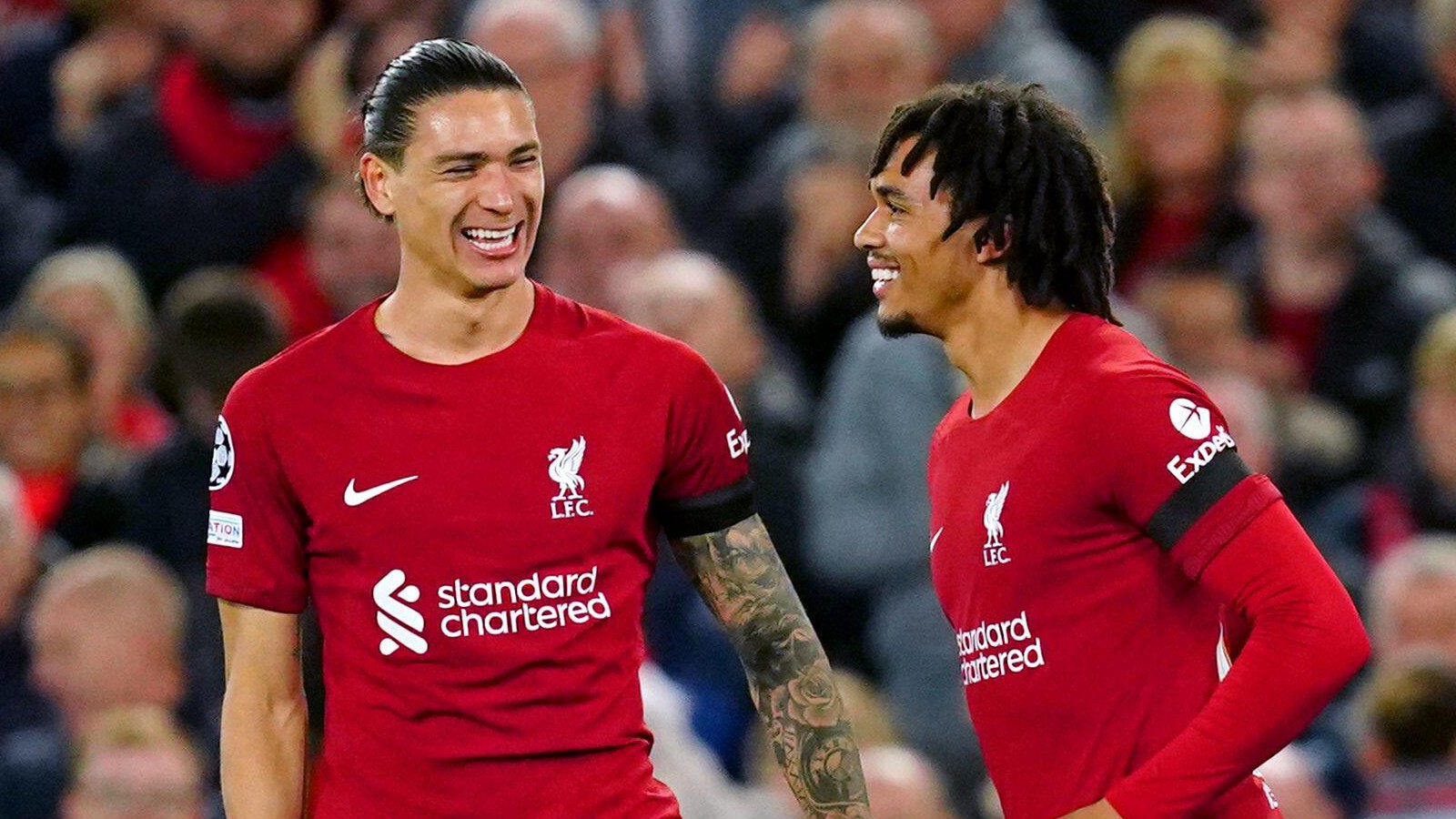 Jurgen Klopp betrayed a hint of jealousy towards Manchester City when discussing Darwin Nunez before the Rangers game. It has not gone to plan.

It was a revealing flicker into Jurgen Klopp’s subconscious.

“It’s not like everything is clicking and we put in one player and he finishes our situations off,” he said. “That’s not our situation at the moment, as much as I wish it would be.”

While it never felt like his intention, the Liverpool manager betrayed a hint of jealousy towards Manchester City in that moment. Pep Guardiola’s centre-forward cyborg has already left the Premier League in tatters but the Reds’ more expensive and ultimately far less refined model is malfunctioning.

Erling Haaland and Darwin Nunez were always going to be the subject of tiresome comparisons; the only surprise is that it took barely two weeks for the argument to end in a technical knockout.

In hindsight, the mental gymnastics required to pretend that Manchester City might struggle to accommodate a freakishly phenomenal striker designed specifically to finish their many thousands of chances were as ludicrous as those needed to believe Liverpool could seamlessly transition from Sadio Mane’s unique and established skillset to rely on something far more exciting but considerably less proven.

Haaland has slotted into the Manchester City system but Nunez’s struggles contributed to the first change in Klopp’s Liverpool formation since April 2021 for the visit of Rangers.

It was not the decisive factor: the Reds sought mainly to address their midfield issues and the double pivot of Jordan Henderson and Thiago Alcantara offered greater stability than before, without the porousness which has come to undermine their opening months of the season. The captain was particularly impressive in a slightly modified role.

But Klopp will acknowledge that offering Nunez a proper platform was a happy by-product at the absolute least.

Were it not for Allan McGregor, the rewards would have been handsome. The Rangers keeper saved four efforts from the Uruguayan as Nunez made the perfect movements, found the ideal positions and even linked play impeccably, before invariably hammering a shot straight at the 40-year-old staring him down.

Haaland’s imperious finishing is such that he finds the corners with either foot and from seemingly any angle. If Nunez even aimed one of his attempts off-centre instead of favouring power, he would have had his goal.

As it was, those summer 2021 transfer links to Brighton started to make absolute sense as half-time beckoned.

It was still a fine performance which warranted the standing ovation upon his substitution with 10 minutes remaining. Nunez does not lack for effort or enthusiasm and that will always endear a player to the fanbase. There were even hints of his more creative side and it should not be overlooked that his first contribution to the game was to win the free-kick from which Trent Alexander-Arnold fuelled another few days of laborious England nonsense.

There is a danger of Nunez reaching levels of desperation to score which will be familiar to Liverpool supporters who endured the Peter Crouch and Andy Carroll years. On at least one occasion the Uruguayan made the wrong decision in possession when caught in two minds as to whether he would shoot. The chance had essentially gone by the time he decided.

But this was a game which did little but confirm Klopp’s pre-game thoughts. Liverpool are not currently in a condition where they are simply waiting on the final touch from a supreme goalscorer, and that will inevitably effect the £85m striker signed for that sole purpose.

Haaland was the final piece of City’s jigsaw. Liverpool have had to jumble their puzzle up but at least now they can put it back together again with Nunez firmly in mind.