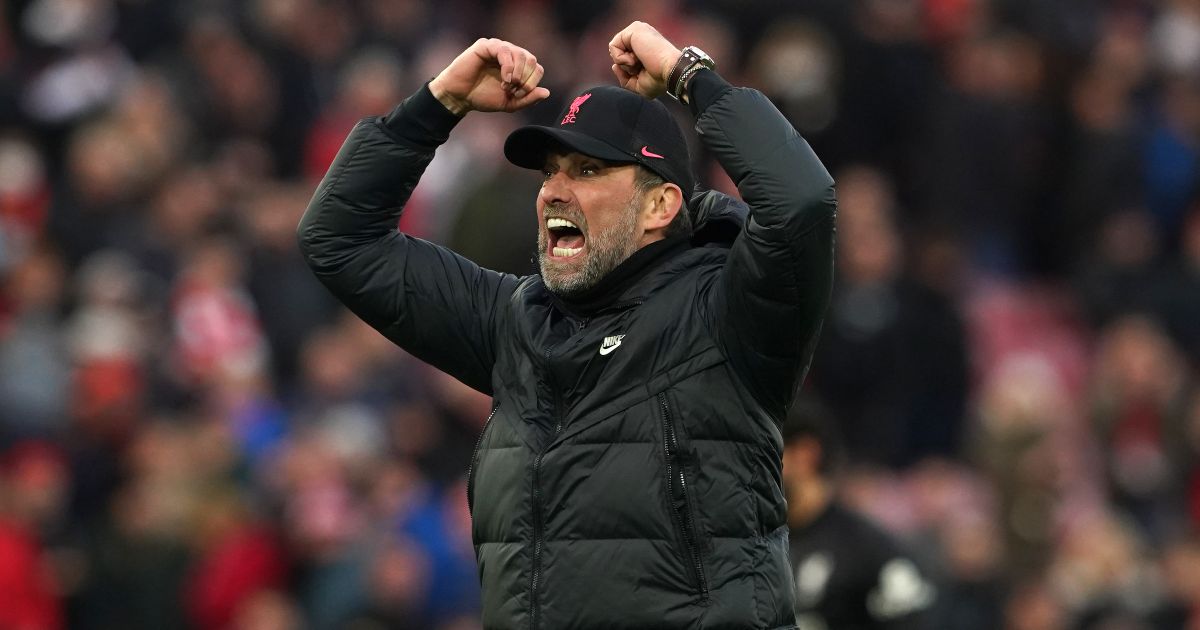 No Mohamed Salah, no Sadio Mane, but one Jurgen Klopp. The Liverpool manager has adapted to lead his team through the darkness and out the other side; they’re stronger than ever.

Liverpool were supposed to struggle in January. The loss of Sadio Mane, Mohamed Salah and Naby Keita to the Africa Cup of Nations would be too much for a squad, thin relative to their title rivals, to handle. Manchester City would further increase their lead at the top of the Premier League and a League Cup semi-final date with Arsenal could leave Jurgen Klopp’s side battling on just two fronts by the time the trio returned.

Keita is already on his way back after Guinea’s exit, and both Salah and Mane will return ahead of Liverpool’s Premier League clash with Leicester in two weeks’ time, missing just one more game: the FA Cup tie at home to Cardiff. Assuming no problems in getting past the relegation-threatened Championship side, Liverpool have come through this precarious period not just unscathed, but stronger. Closer to City, a Wembley date booked, a striker thriving with added responsibility, a defence answering their manager’s call, and that manager getting those calls just right.

“When you lose key players for tournaments, the solution isn’t that you will be flying in the next game and score five or six. You have to adapt and in our case, it was 100 per cent clear that we needed to be rock solid. We have to be organised, that’s the basis for everything we do. At the moment, I see outstanding commitment to our defending.”

Klopp recognised the ‘we’ll score more than you’ philosophy that produced those magnificent games of football against Chelsea and Tottenham was a risk in the absence of Salah and Mane. Without the firepower they could be outgunned. Focus shifted from attacking bedlam to defensive solidity. A sensible, even obvious, ploy given the circumstances, but one for which Klopp deserves great credit.

Top managers are now heralded for their obstinacy. Pep Guardiola, Marcelo Bielsa, Graham Potter: the best are lauded as they stick staunchly to their philosophies. Academies are moulded and players bought to fit The Way. A move away from ideals is a sin grave enough to leave the miscreant unable to look themselves in the mirror.

And Klopp has been the same. Last season, rocked by defensive injuries, with the forwards not clicking, the destructive football that had blown opposition teams away domestically and abroad for the previous three years was in a backdraft that no amount of heavy metal could revert. His answer to the first true test of his philosophy was to stand on The Mount and shout louder.

But an acid test of a manager’s quality is surely the ability, not to change their principles entirely, but to bend them when circumstances require. It would have been easy for Klopp to turn to the Mane and Salah back-ups and plough on regardless, but it would have been a see-through, foolhardy attempt to buoy members of his squad who have no hope of imitating those they’ve replaced.

And so Roberto Firmino and Alex Oxlade-Chamberlain haven’t been asked to impersonate, but to work as part of the collective to shut up shop and help others to prosper.

Oxlade-Chamberlain has been more withdrawn and more central to Salah, packing the midfield when without the ball and allowing more space for Trent Alexander-Arnold when in possession. Firmino has taken up his customary false nine position, further increasing their presence in the middle of the pitch, but also allowing Jota to move to his favoured left side to provide an outlet for Virgil van Dijk’s passes inside the opposition full-back, Andrew Robertson’s outside and Alexander-Arnold’s switches of play.

Some may have wondered how effective Alexander-Arnold and Robertson would be without the threat of Salah and Mane arriving at respective back posts, but their extraordinary displays now surely has those same people wondering whether it truly matters how good the forwards are when they’re delivering crosses as they do; they’ve been superb. As has Jota, who has proven he can carry the burden of responsibility in the absence of his more illustrious counterparts.

Liverpool were fortunate in the way the fixtures fell. Shrewsbury, Brentford, Crystal Palace and two League Cup games against Arsenal is a kind run; possibly the sort of run to have had Klopp of old thinking ‘f*** it, we’ll be fine’. And they may well have been fine sticking resolutely to their football. But by adapting their style Klopp has avoided the doubt their hardline philosophy engenders. It’s not been ‘we’ll score more than you’, but ‘you won’t score and we probably will’.

Liverpool will welcome Salah and Mane back, having not missed them, and with all to play for. January was supposed to be a struggle; Klopp’s made it a doddle.